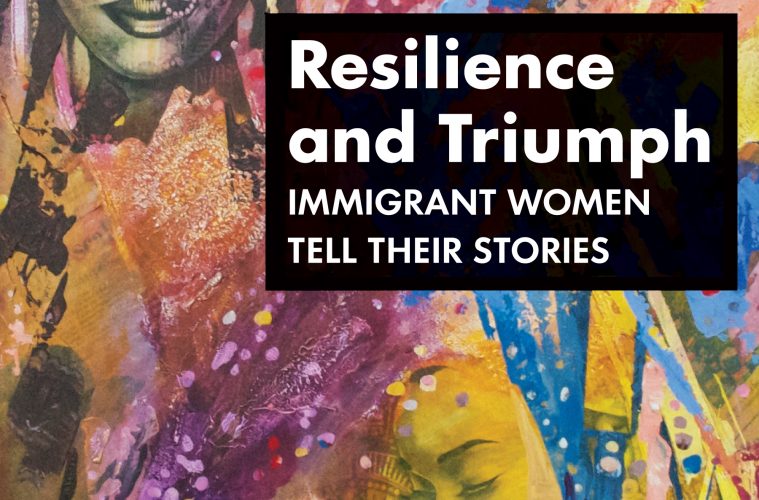 Resilience and Triumph is a collection of over 50 personal stories from racialized women immigrating to Canada from many countries including Trinidad, Pakistan, Uganda, and India. The conceit for the book is to tell the hidden histories of second-wave feminism in Canada.

Ranging from academic to extremely intimate essays, poetry, and letters, the book is divided into five sections – arrival, integration/assimilation, identity, exploring feminisms, and activism. Through its varied voices, the reader is exposed to odes to mothers, tales of marriages – both arranged and designed by love – job, gender and education discrimination, motherhood and of course Canadian weather.

Each story presents a small window into each of these women’s lives. As the book contains quite a few stories of abusive or alcoholic husbands, with recurring themes of women being trapped, I really appreciated an anecdote told by Ikram Ahmed Jama in which she tells the story of her father’s uncle and how his wife turned this trope around. She writes “after a bitter disagreement and while he was taking a nap, bought a very strong lock from the market, locked him in the house, and travelled from the village to the city without telling anyone.” She goes on to say that “[h]e was found hungry and exhausted a few days later.”

The piece that stands out the most for me is “I’m With the Bad Girls” by Chelby Marie Daigle in which she tells fragmented stories about her life. She writes: “I am inspired more by the achievements of women who are often shamed in our societies by both men and women, and even some feminists – the Bad Girls. I’m more inspired by their activism, their resistance, their resilience – because it’s harder.”

Resilience and Triumph is a great collection which leaves you with the feeling that you’ve just made 50 new friends. It’s rare to find such honest recollections of Canada’s opportunities, discrimination and affect on 50 women’s lives. (Fiona Raye Clarke)