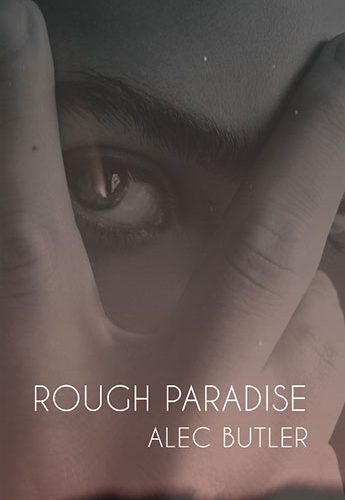 With few exceptions — Jeffrey Eugenides’s Middlesex being the most well-known — the lives of gender variant youth are still notably absent in fiction. Rough Paradise, a novella by Toronto playwright and filmmaker Alec Butler, refreshingly expands the breadth of young adult queer fiction.

“Everyone wants the real me, the boy I know I really am, to just disappear,” says Terry, Rough Paradise’s teen narrator. Set in a working class neighbourhood in the 1970s, the book is told from the perspective of a teenager born intersex. Raised female, fourteen-year-old Terry grows a beard and breasts, starts using male pronouns, and dons his father’s clothing. Aghast, his parents send him to the nearby psychiatric hospital, where he is subjected to hormonal treatment, electroshock therapy, and repeated sexual assaults at the hands of his doctor. At school, Terry faces homophobic taunts from his peers and is christened with a new nickname, Pussy Boy. Things change when Terry meets Darla, a headstrong sixteen-year-old with more than her share of troubles at home. As they fall in love, their school and home lives quickly unravel.

There’s a sense of urgency in Butler’s dialogue-heavy writing. A lot happens in 125 pages, and the intensity of Terry and Darla’s adolescent relationship feels very real. Character development, however, is quite thin and takes a backseat to the action. Notably, multiple sex scenes explore vulnerabilities felt during intimacy that are unique to the trans or intersex experience, something not often written about from a teenager’s point of view. Despite Terry and Darla’s numerous hardships (including sexual and physical violence, threat of familial expulsion, and social ostracism), Rough Paradise nevertheless maintains a spirited tone of optimism. Allies are found in unexpected places, characters change allegiances, and Butler shows us that queer folks can and will persevere. (Melissa Hergott)