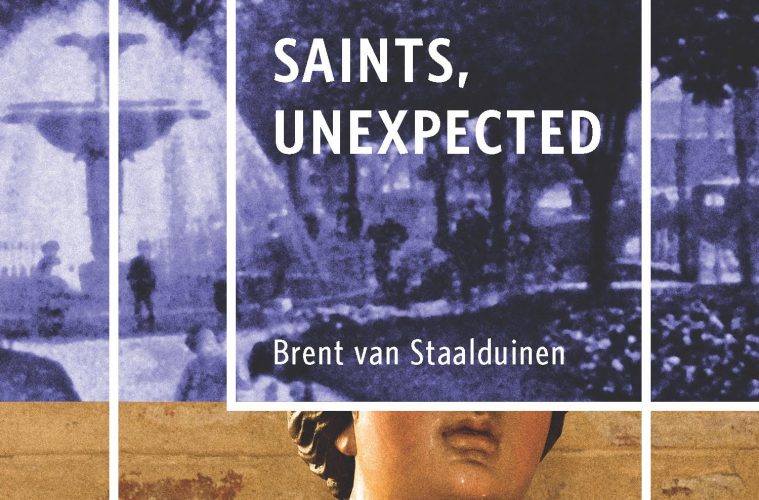 Firstly, its narrator, Mutton, is looking back on her fifteen year-old self grapple with parental authority, puppy love, a part-time job, and discovering herself. Her perspective is believable, but does not transcend these typical adolescent challenges, perhaps lending itself to younger readers.

An exception to this typicality is how her father left the family, only to return repentantly. However, this happened before the beginning of the novel, and its reverb doesn’t permeate it enough to be enough of a factor. Mutton refers to her father when telling us her writing group: “They were too polite to say anything when, after he returned, I stopped writing about our family and went back to calling him Dad. I guess I decided to shelve my hurt and direct my energies towards stories about living in the city and running the store.” This also illustrates how van Staalduinen can be prone to bird’s-eye summary when the reader might be craving finer detail.

The major characters are anchored to their defining characteristics. Just as Dad is fallible despite good intentions, Mom is always at her wits’ end. Older brother is stoic but occasionally humorous. Toddler brother can be reduced to an equation: progeria + innocent exuberance = tragedy. Since the story’s crises range from the random to the quasi-magical, the family’s lack of range makes for predictable reactions to unpredictable events.

On the subject of the magical, I had trouble understanding what the uncanny elements of the novel were meant to facilitate. There must have been metaphor that either went over my head, or was too obvious to add meaning.

The setting, downtown Hamilton, is full of colourful characters, down on their luck, mostly with hearts of gold. There is a thematic emphasis on urban life and history I felt could have been realized better, especially because Hamilton has great personality, yet van Staalduinen opted for caricature rather than realism. On the other hand, kooky well-wishers appearing out of inexplicable mobs goes from a negative feature to a positive one if the story is viewed as YA Fiction. (Feliks Jezioranski)