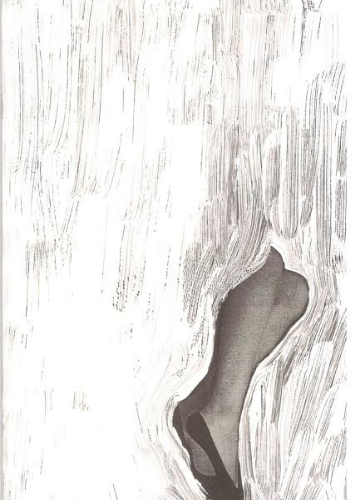 The body as self, house of ritual, object: Klara Du Plessis’ Wax Lyrical examines these representations with an eye for pragmatism. It’s an exploration of self and identity — sure. But it’s presented with a voice that lays bare the odd habitual tendencies of modern life: pubic shaving, sex, pissing the bed. It’s all in there, ripe with humour, wit and self-reflexivity.

“Feminists fuck like a real man” speaks unabashedly about social and sexual roles: “You’re always unfastening buttons you don’t need to. / It’s very manly. / You must admit that I’m good at bras. / So good at bras, it’s like I never wear them.” Du Plessis is really good at dressing large, complex ideas in simple packaging, exposing the inherent absurdity of it all like a bare midriff.

Still, she’s constructive in her ponderings, and some poems strike a more serious chord than others. Namely, “Beings not being” takes stock of personal identity with creation myths and science, but without the certainty that such archaic and authoritative tales allow: “I guess constructing a universe within my skin / is the closest I get to representing myself, / like a double of myself within myself.” Laçan’s promises offer only temporary comfort, muddled by pronouns and diagrams: a multitude of harsh assertions. But at times, the speaker comes up for air, a breath of perspective: “My body is a microcosm of the world I live in”. Yet it’s not clear if this maxim holds the positivity we’re looking for, the hopeful and easily-duped readers that we are. But eventually a conclusion is reached: “As of tomorrow I will start caring for my heart. / If you fold a piece of paper in two, / then draw half of a heart along the dividing line, / you can cut out a whole, mostly symmetrical shape. / It’s probably as close as I’ll ever get to perfection.”

Wax Lyrical has a nice cardstock cover, which houses the chapbook’s simple, clean design. And there’s a nice little illustration on the cover by Plessis, herself. Overall, I’d say Wax Lyrical is one of the better chapbooks I’ve come across recently. (Jeff Low)