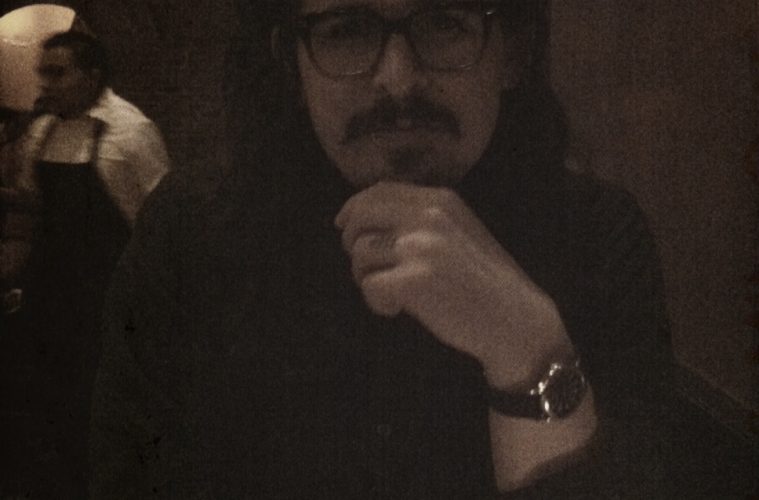 Luke Wiget is a writer and musician born and raised in Santa Cruz, California who lives in Brooklyn, New York. His stories have appeared in decomP, Hobart, and SmokeLong Quarterly, among others. For questions and/or complaints find Luke on Twitter @godsteethandme.

“Just the Reds” by Luke Wiget

I jog in place when I wait at red lights but don’t generally run the stretches in between.

It’s my wife who says I need the exercise.

The other day she told me that sitting is the new smoking.

That makes my leather executive chair no better than a Camel cigarette and I take issue with that.

There are eight ways to adjust the executive chair I’ve got. Once you lock in your settings, taking into account height and posture and the kind of work you’ll be doing, there is nothing like it. Basically you are floating in leather rather than sitting in it.

Only running at the reds is my take on running the straight-aways and walking the curves at the track. Even that amount of exertion gets me sweating enough to pass when I get back home. I need that ring of sweat around the neck. And it doesn’t take much.

You can always tell someone is serious or thinks he is when he’s treading water at the edge of the curb waiting for the light to turn. He can’t stop for even one second. The heart rate is too important. I think that’s why you see those types looking at their watches so often. They’re counting the heartbeats alongside the seconds, I think. Or, they like it that much. They love running so much they don’t want to let the time slip away.

I imagine that when people see me high-kneeing it on the corner Oddstad and Linda Mar Boulevard they must think, shit, he’s the real deal Holyfield.

I suspect food is next. My wife will begin a whole kale campaign.

With over 1000 percent of the daily requirement of vitamin K, how can you pass it up? she’ll say.

I didn’t know there was a vitamin K, I’ll say.

And the drinking is next.

The extent of my freedom shrinks and shrinks. I am the American dream in reverse. The Puritans are through the very next door. I can hear them praying and breaking tasteless bread.

I don’t smoke, I tell her. I’ll probably live forever.

And I do my best thinking sitting. I’ve worked hard for forty years to make sure that my work was done sitting instead of standing like when I was hanging drywall in the heat and waking before the sun just so I could try and beat some of it.

My father never had the executive chair to work towards. He worked with his hands but it was his hips and back that told the story. And the tool belt was the author of the breakdown, of the slow reformation of his spine into a question mark. All that weight for so many years is why he walked like a cartoon cowboy most of his life.

I tell my wife that thinking is the new standing, the computer the new hammer and nails, the new everything.

And beer, this beer, is the new black. But my old man could have told her that. Luke Wiget is a writer and musician born and raised in Santa Cruz, California who lives in Brooklyn, New York. His stories have appeared in decomP, Hobart, and SmokeLong Quarterly, among others. For questions and/or complaints find Luke on Twitter @godsteethandme.