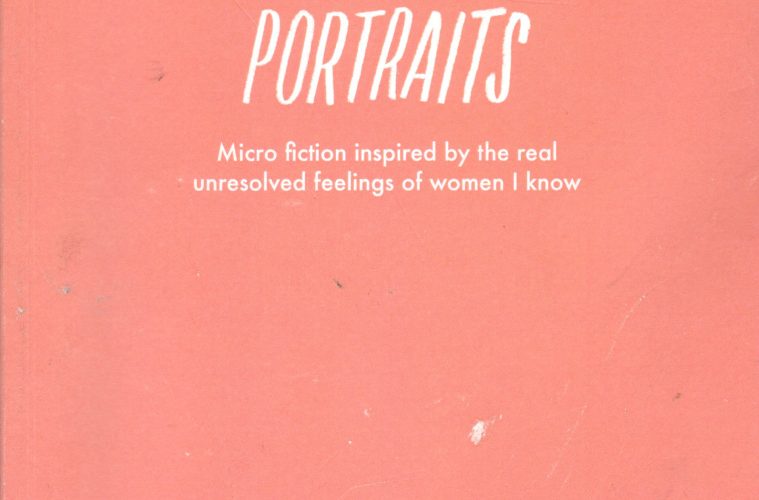 At a first glance, it might be easy to pigeonhole Erin Klassen’s latest book Portraits as a series of mini-stories about that grand, cliched idea: the nature of love. The book’s subtitle,  “Micro-fiction inspired by the real unresolved feelings of women I know”, is far more accurate – Portraits deals with realistic depictions of love and lovers, sure, but really it’s about memories of old flames,  and the resulting warmth and/or pain and/or lack of closure that these old feelings generate.

The book is split into five sections, each of which contains a series of tiny moments from various characters’ perspectives. The first chapter deals with the collisions of bodies – fevered kisses, missed encounters, fantasies, sour realizations of past abuse, a woman considering an abortion. The second and third chapters deals with a more varied level of exchanges and memories.  The formats of each piece begin to vary too: one piece presents as a series of increasingly vitriolic email drafts from one former lover to another upon the news of his engagement, while another is a simple and hilarious checklist reducing a two-and-a-half year relationship to a series of boyfriend traits, starting with “wears plaid shirts” and ending with “Broke up with me for a girl named Talulah.”

Some of the pieces have lines that rattle with heartbreaking truth: “I shouldn’t have given him so much, or asked for so little,” ruminates one character, while another character reflects on her first lesbian encounter: “I learned what sex could feel like without shame.” In one piece that’s particularly devastating, “Your Future Wife,” a character imagines a “perfect” spouse who fulfills traditional maternal notions of womanhood and projects them onto a partner, concluding: “We were never right for each other in the first place…I’m just a case of wasted time.”  I was particularly impressed by the way Klassen doesn’t shy away from the despair – those creeping feelings that we’ve made a terrible mistake and may not necessarily bounce back unscathed.

Each chapter is illustrated in full colour by a different artist, from Erin McPhee’s literal “portraits” of partners in the first chapter to Melanie Lambrick’s beautiful spot-style illustrations of significant and sentimental objects in the final chapter. This book looks as beautiful as it reads – it’s a thoughtfully-made self-published work that emphasizes the imprints that relationships make on the psyche and soul, and the importance of reflection and renewed self-discovery from a very empathetic female perspective.

Alison Lang is the editor of Broken Pencil.