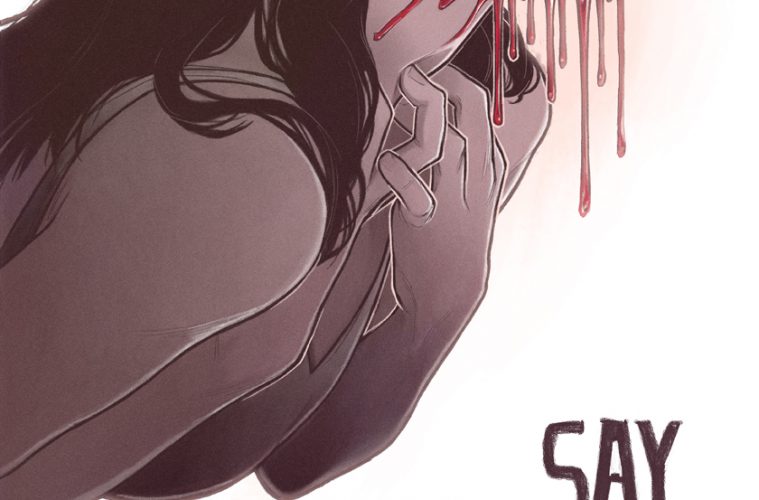 Since we published a story about Twine game-makers in issue 66 (winter 2014) I’ve been slowly dipping my toe into the waters of text-based interactive games. The games I’ve dabbled with are deeply engrossing, evocative and sometimes painful windows into the gamemakers’ minds and experiences. Many of the games I’ve played have moved me beyond words, in ways that other forms of art often haven’t.

Say When by Toronto-based writer and gamemaker Kaitlin Tremblay is an example of one of those games that provoked a world of emotions. Tremblay specializes in horror games that deal with mental illness, so I though I knew what I was getting into. After awhile I had to decompress with the soothing balm of RuPaul’s Drag Race but found my mind wandering back to the feelings it raised. Created during a Dames Making Games event titled Feb Fatale 3 last February, Say When is being demoed at the Different Games conference in New York this weekend and it is well worth your time and donations.

When Say When starts, you meet your character Lily, a woman who is empty and hollow. Your job is fill Lily by choosing from a series of mods – Brain, Heart and Body – all of which add and take away points from Lily’s sanity. The game warns: “You cannot kill Lily, no matter how much sanity you take away from her. Be kind to Lily.”

Without giving too much away, each choice you make for Lily provides increasingly dire consequences – and rewards – as the game proceeds and her mods pile up. It is worth stating a major content warning here: Tremblay is a vivid and unflinching writer, and at various stages the game evokes depression, self-harm, suicidal ideation and the experience of having an eating disorder. Some mods hint at the pain thrumming beneath Lily’s skin, and others confront it head on. The “food” mod becomes a source of solace and agony as Lily binges, restricts and purges. The “reading a story” mod provides a healthier sense of escapism. Other mods encase Lily’s arms, lips and fingers with metaphorical metal, with punishing results. Still others are written as “quests” for the player to unlock, conflating fairy tales and female friendship with emotional discovery and release.

Say When is a marvel for many reasons – it’s beautifully written, harrowing and and exhilarating in the way it punishes/rewards the player based on the level of thought in our decision-making. And in the end, we are inexorably bound to Lily’s well-being, forced to slowly and deliberately build upon the ways she can heal, one mod at a time. (Alison Lang)