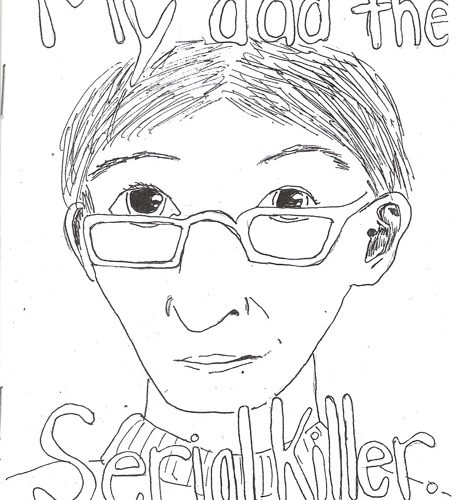 Six Meditations on the State of Zine-making

In issue 12 of Broken Pencil (Spring 2000) I wrote an article entitled “Zines Are Dead: The Six Deadly Sins That Killed Zinery.”  In it I discussed factors which I identified as having a negative impact on the production and cultural importance of zines.

Implicitly, I was discussing North American zines, and explicitly, the increasingly destabilizing and distorting effect of the internet on the zine scene. I wasn’t alone; since then there have been iterations on the theme of zines, or print media more generally, “dying.” Due to this trend, my article has been cited in the Encyclopedia of Social Movement Media, Alternative Media, discussed in several academic papers, and utilized as required reading in a few university classes. In the opposing camp, there have also been those who have vehemently objected to my thesis, which has kept the debate alive, regardless of the actual status of the medium.

I’m revisiting my piece 12 years later to point out how some things have changed, and how this indicates that zines may be considered to be in some state of “undeath,” rather than being completely “dead” or irrelevant.

1
Cognitive complexity has given way to simplicity, as people have stopped worrying about the “big picture,” and are instead absorbed in creating subjective meaning for themselves and their friends. Things get simpler when everyone stops worrying about
everything at the same time — when the division of cognitive labour becomes more specialized. Creative thinkers and makers invest their time in learning about things they personally enjoy or find interesting. Zines can now be seen as just another specialist hobby, like wine collecting; inoffensive and fulfilling.

2
Financial feasibility is no longer as serious a concern. Unlike booms in other cultural industries, zines have produced very few financial success stories — it is generally acknowledged and accepted that nobody is going to get rich off of their zine. The idea of monetization via production of a physical cultural artifact is now largely outdated, giving way to the era of purchasing access codes for virtual wares. More than ever, zines are giveaways, and many of us are okay with that.

3
Personal focus is less of an issue when zines are less of a commitment. The creation of a zine is now a brief singular task with high creative intensity, as opposed to multiple issues created in marathon sessions with variable, or low, creative investment. Zine-making has become an activity that enables focus, rather than a permanent vocation that requires discipline to maintain. Zine quality is going up, partially because there is no demand for large quantities of zines anymore.

4
The internet has enabled communal stability. Social networks ground us in communities of our own design, and bind us in a web of shared meaning and values that were previously less explicitly defined. Now we have a perpetual audience of pre-invested individuals to share our zines with, and are relying less on more tenuous methods of advertising and distribution. Nevertheless, the era of the “grand experiment” of the zine is over. Its potential as a medium of social transformation has been thoroughly
undermined by the emergence of these self-same internet-hosted social platforms. Socially, zine-making is an atavism; a reversion in behaviour that attempts to recreate older forms of interaction, ideas and meanings.

5
Much has been made of the fact that zines are tactile and appeal immediately to our senses. This trait explains their power and charm. Physical media engages the part of the brain responsible for spatial organization, and thus imprint themselves in your
memory in a primal manner that virtual media cannot hope to compete with.
But whereas one can express detailed criticisms and have immediate social impact online, a reader of a tangible zine is confronted with a closed system that they must either accept or reject in a binary fashion. Thus, to maintain their relevance, contemporary embodied zines in the West must piggyback some form of electronic support (e.g., an accompanying blog). This duality of form, perhaps accidental and temporary, is the hallmark of the modern zine.