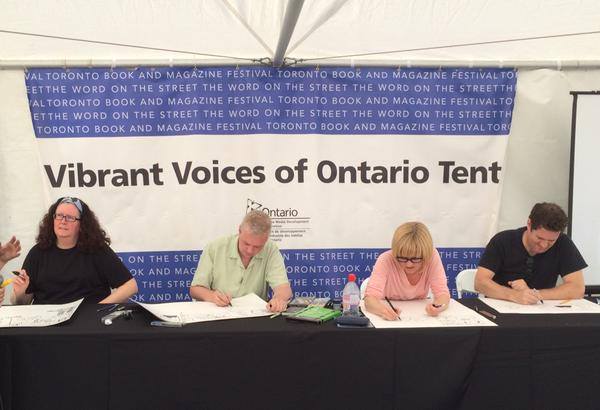 Two teams of Toronto’s finest cartoonists will face the seemingly indomitable task of making a comic based on an audience suggestion in 30 minutes or less. The comic voted favorite by applause will win a prize pack!

Fiona Smyth: working artist, educator, cartoonist, and zinester since 1986. Fiona illustrated the Kickstarter-funded Cory Silverbergbook “What Makes A Baby” in 2012 and the follow-up “Sex Is A Funny Word”,  releasing this summer through Seven Stories Press. For more Fiona info check out fiona–smyth.blogspot.ca.

Mark Connery is a comic artist, illustrator and zinemaker. For 20 years he wrote and drew the comic  strip Rudy, which was collected and published by 2D Cloud in 2013. For more of his work check out  rudycomixandfun.tumblr.com.

Dalton is a longtime organizer with the Toronto Comic Jam. He’s drawn various comic book series  including The Remnants and The Forest Floor. 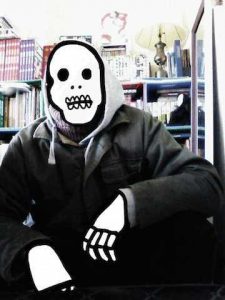 J.B lives in Toronto and has a dog and works some job. Sometimes he does comics. See more at thecomixcompany.ecrater.com/c/1150067/jay-bee-comix or jbcomix.tumblr.com.

Robb Mirsky is an illustrator in Toronto. He draws comics and gig posters for local shows. He has many interests, but he really just likes to draw… robbmirsky.tumblr.com