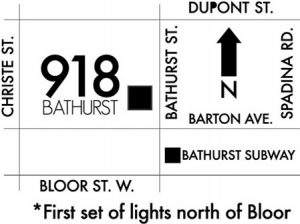 Live on our mainstage in front of a crowing crowd, you get two minutes to pitch your book to our panel of judges. They get one minute each to tell you why you’ll never get published in a million, billion years, or why they want to see your manuscript in their inbox ASAP.

Nic Boshart is co-founder and coordinating editor of Invisible Publishing and currently works as manager of digital initiatives at the Walrus Foundation. He’s also manager of technology at eBOUND Canada. 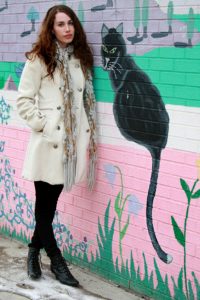 Lauren Kirshner is a novelist, freelance writer and arts educator. Her first novel Where We Have to Go was published by M & S in 2009 and was a finalist for the City of Toronto Book Award. She is the founding director of Sister Writes, a creative writing program for marginalized women in Toronto.

Hal Niedzviecki is a writer, speaker, culture commentator and editor. He’s the current fiction editor and the founder of Broken Pencil, the magazine of zine culture and the independent arts. He is the author of eight books, including the collection of short stories Look Down, This is Where it Must Have Happened (City Lights, April 2011) and the non-fiction book The Peep Diaries: How We’re Learning to Love Watching Ourselves and Our Neighbors (City Lights, 2009).

This 1hr workshop invites teens of all ages (but really, somewhere between the ages of 13-24) to make, trade, and talk about zines! Using a miscellany of material (old paperback novels, newspapers, old copies of Broken Pencil), participants will experiment with Blackout writing, a technique made popular by Austin Kleon, and collage. Finale copies will be printed on site with the help our portable printer/scanner. After production, we encourage participants to hangout, trade, share, and dramatically read your zine with Shakespearian or T-Rex flair.

Annie Wong is a writer and interdisciplinary artist in Toronto. She holds a BA in English Literature and a Master’s Degree in Communication and Culture from York University.  Her projects are conceptually diverse and explore various subjects such as experimental pedagogy, the political aesthetics of avant-garde poetics, and the socio-political dynamic between street art and public space. Her poetry has appeared in various Canadian literary journals and online magazines such as Contemporary Verse, Misunderstandings, and Word Riot. Her other works have been exhibited by the Modern Literature Culture and Research Centre, Gallery 1313, and Toronto arts festivals. She is currently the Outreach Coordinator for Broken Pencil and the Youth Director for Mammalian Diving Reflex’s Youth Wing.

As the conservative government threatens art grants and rejects funding for artistic projects and centres that support projects it sees as anti-government or “glorify[ing] terrorism,” are artists and art centres afraid to create controversial art for fear of losing funding? Our panelists will discuss the perceptions and realities surrounding this topic.

Moderated by Humberto DaSilva. Humberto is a writer and video blogger for rabble TV. His short story “Compassion Fatigue” was included in Oberon Press’ Best Canadian Stories 1992 anthology. His “Not Rex Murphy” video blog appears on rabble.ca bi-weekly. Humberto is a taxpayer, and although he has never received an arts grant, he has benefited from a lifetime of enjoyment  and edification through publicly supported art.

Franke James is an author, artist and game designer focused on the environment, ethics and social justice. Her upcoming book, “Franke James is your fault?” tells the story of how she found herself blacklisted and censored by the Harper Government for speaking out against “dirty oil” — and how she is fighting back. (The book title is the actual subject line of an email sent out by a Canadian Embassy Trade Commissioner and obtained through access-to-information laws.) Her most recent interactive quiz “How many climate deniers could you fight off?” combines humour, art, politics and science to provoke players to take action and stand up for the planet. Franke is the author of two award-winning books, Bothered By My Green Conscience and Dear Office-Politics (an ethics

game book).
Adam Lewis is an settler anarchist working towards decolonization in social movement and academic contexts. He recently finished his MA thesis on anarchist engagements with Indigenous struggles of resistance and  anarcha-Indigenism as a form of anti-authoritarian and anti-colonial politics. He is now a PhD student in Environmental Studies at York University. He was arrested for conspiracy in 2010 for anarchist organizing against the G20 in Toronto. In November 2011 he and 5 others accepted a plea deal to a lesser charge of counseling that resulted in the dropping of charges for 11 others. He finished serving a 70 day provincial jail term on February 5 2012. He gardens, drums, bikes and heartily partakes in vegan baked-goodness.

Three challengers face off in a race to complete the zine-version of a famous film. Will our competitors make a chapbook version of The Wizard of Oz, a comic of Citizen Kane or a perzine based on Ferris Bueller’s Day Off? They won’t even know until mere moments before they start. Come watch and you’ll see. Challengers include:

Dalton Sharp is a cartoonist, animator and designer who helps run the Toronto Comic Jam, a monthly gathering of doodlers at the Cameron House Pub that ranges from veteran professionals to people who have scarcely drawn in their lives. 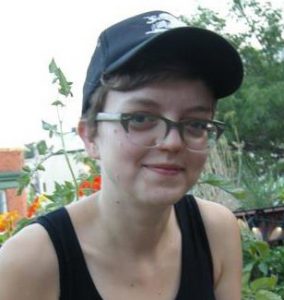 Marta Chudolinska is a feminist/artist/librarian working in Toronto, Ontario. Her first graphic novel, Back + Forth: A novel in 90 linocuts,was published by the Porcupine’s Quill in 2009. She loves working with her hands, making drawings, zines, comics and prints, fixing her bike and growing vegetables. 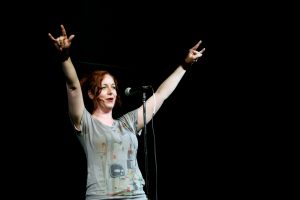 Cathy Petch is a playwright, spoken word artist, performer, musician and lighting designer. She hosts the Plasticine Poetry Series. Petch was recently published in Toronto Quarterly Magazine, and her book “Late Night Knife Fights” has just been published by Lyricalmyrical press.  She is a member of both the 2011 and 2012 Toronto Poetry Slam Teams and the Collaborative group PENTA.

Every year we present the best and brightest of the independent press at Canzine’s radical reading series. This year we noticed a number of punk and metal-related books were coming out in the fall. We didn’t need any other excuse to create a punk-themed reading series.

Liz Worth (host) is the author of two books, Amphetamine Heart and Treat Me Like Dirt: An Oral History of Punk in Toronto and Beyond. She has also published three chapbooks, Eleven: Eleven, Manifestations, and Arik’s Dream. 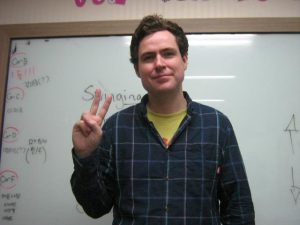 Mark Black is a writer, musician, humorist and hockey fan. His first book, NoMeansNo: Going Nowhere was published this fall as part of Invisible Publishing’s Bibliophonic Series, which aims to delve deeper into the histories of lesser-known Canadian indie rock and punk bands. Through interviews with band members, bit players and fans, Black’s book explores how Victoria, B.C. punk group NoMeansNo influenced musicians across the world and continue to be an essential force in punk rock today. 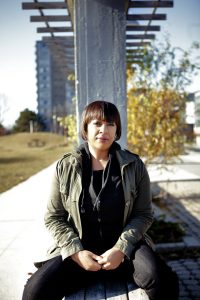 Laina Dawes is a music and cultural critic and opinion writer, an active public speaker, and a contributor to CBC Radio. Her new book What Are You Doing Here? (Bazillionpoints) investigates how black women musicians and fans navigate the metal, hardcore, and punk music genres that are regularly thought of as inclusive spaces and centered on a community spirit, but fail to block out the race and gender issues that exist in the outside world. She lives in Toronto. You can learn more about her book here. 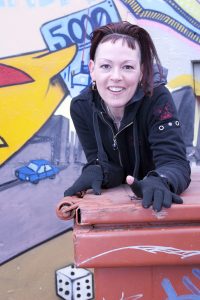 Kristyn Dunnion is a self-professed “lady punk warrior” and the author of the novels Big Big Sky, Missing Matthew, and Mosh Pit (all Red Deer Press) and the short story collection The Dirt Chronicles (Arsenal Pulp Press). She studied English Literature and Theatre at McGill University and earned a Masters Degree in English at the University of Guelph. She performs creeptastic art as Miss Kitty Galore, and is also the bass player for dykemetal heartthrobs, Heavy Filth. She lives in Toronto. 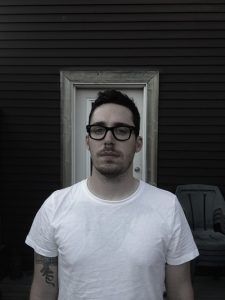 Sam Sutherland is a Toronto-based journalist and the author of Perfect Youth: The Birth of Canadian Punk. He is a former Assistant Editor at Exclaim! Magazine and Music Editor of Broken Pencil, whose work has appeared in such publications as The National Post, Maisonneuve, Alternative Press, and alt-weeklies across the country. He currently works as the Online Producer of AUX.TV.

Cut From the Same Cloth marks the very first joint project between the Phan siblings in their adulthood. Reviving the lost collaborative spirit of their younger years, Jeannie and Emmett Phan reconstruct the environments that birthed their creative partnership in a visual installation. Mysteries under blankets reemerge with flashes of light and shadow and nativity and wonder are re-explored through handmade environments.

Lesbian Gay Bisexual Transgendered Questioning community members need safe spaces where they can exist, and the politics of the closet do not restrict, hide, or compromise their ways of approaching the world. Safe spaces are particularly important in rural areas of Canada, where access to information and support for LGBTQ persons can often be marginalized. A Queer Archive is a travelling art installation and a collection of books and films that captures a variety of queer perspectives under one (mobile) roof.

Programmed by mrghosty, Canzine’s DIY Games Room is a space where you can sit, play and meet Toronto DIY game makers.  Whether it’s card games, board games or video games, there will be a wide variety of games to play and experience made by members of Toronto’s diverse range of DIY game cultures. This event is co-sponsored by the Hand Eye Society and the Toronto Board Game Jam and will feature the Torontrons (the Hand Eye’s custom made indie arcade cabinets), hand made board games, and much more! Come Play with us!

mrghosty (aka skot deeming) is an artist, curator, game maker, researcher and Masters student in York and Ryerson’s Communication and Culture program. As a figure in the Canadian video game art scene, skot draws upon a wealth of practical experience and theoretical knowledge while investigating the intersections between gamer cultures, hacker cultures and new media art practices.  These investigations take on many forms:  academic writing, video game art events and exhibitions, live audio visual performances, games, installations and more.

Indie video game designer and critic Anna Anthropy will also be signing and selling her book Rise of the Videogame Zinesters: How Freaks, Normals, Amateurs, Artists, Dreamers, Drop-outs, Queers, Housewives, and People Like You Are Taking Back an Art Form in the DIY Game Room.

**About Accessibility: This year we aimed to work with the venue to fix their chairlift and create an accessible space. Unfortunately, after a building review the venue discovered it would cost well beyond their budget to get the building up to Accessibility Mode. We are looking for an accessible venue for Canzine but have been unable (so far) to find a space that is accessible, affordable and large enough for Canzine. If you have suggestions of alternative spaces in Toronto please send them to [email protected]. We will be surveying attendees for suggestions during and post event, and we will continue to look for spaces ourselves. 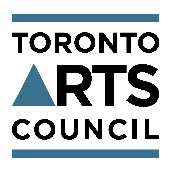 Thanks to our Media Sponsors: 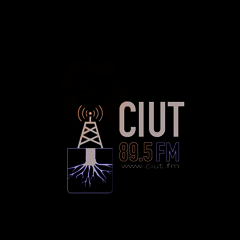 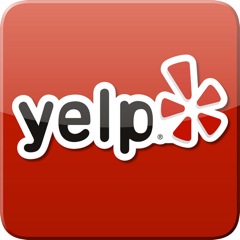