Please email us for a waitlist:

$5 gets you admission and a copy of the fall issue of Broken Pencil.

1-7pm: Zine Fair – Over 50 of Vancouver and BC’s best zines and underground
publications!

This exhibition presents an opportunity for the viewer to become a collaborative participant with a contemporary Western Canadian illustrator.
Featured artists have submitted one original black and white drawing, which will be exhibited and for sale. These drawings have then been enlarged and printed on heavy weight paper. Below each print will be a small station set up with art supplies in a specific colour scheme. These supplies can be used by the public to alter and colour the prints as they please. These prints will be offered for sale in a blind auction to be completed at the end of the Canzine West fair (7pm). Attendees of Canzine West are encouraged to alter the print as desired with the supplies provided. Artists of all ages are welcome! 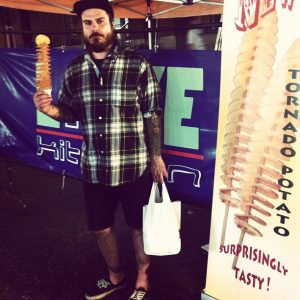 Alex Stursberg is a Vancouver-based multimedia artist who enjoys marrying familiar cultural representations with the strange and surreal. His work has been displayed and featured in a variety of galleries and publications across North America. Stursberg is also an involved arts events organizer, curator and community member. He is influenced by his friends, psychedoolia, the outdoors, folk/Canadiana, dada and childhood cartoons. 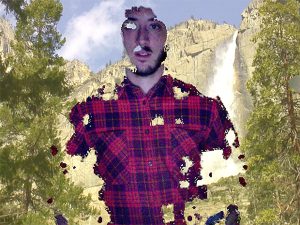 Brennan Kelly is a Vancouver-based visual artist with a keen interest in drawing-based practices and independent art publications. His own work aims to investigate the traditional vernacular of still life, portraiture and genre painting, with a strong emphasis on reinterpreting the visual plane and allegorical narrative structure underlying such themes. His work has been published in various journals and shown across North America.

2pm: 1-2 Punch Book Pitch – Live on our main stage in front of a crowing crowd, you get two minutes to pitch your book to our panel of judges. They get one minute each to tell you why you’ll never get published in a million, billion years, or why they want to see your manuscript in their inbox ASAP.

Sign up in advance to participate in the 1-2 Punch Book Pitch at Canzine. To sign up email [email protected] with your: 1. name 2. email address 3. phone number 4. two or three line description of the project you are going to pitch.

Sign up now! We only have room for 8 participants and this will be first come, first served. 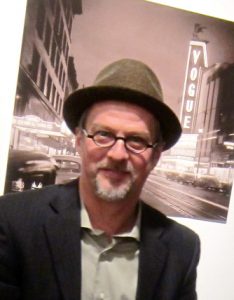 Writer, editor, and publisher Brian Kaufman has published 62 issues of the edgy magazine, subTerrain, and over 100 books in all literary genres via his publishing house, Anvil Press. He has served on the boards of the Literary Press Group of Canada and the Association of Book Publishers of BC.

John Vigna  is the author of the new short story collection Bull Head. The Globe & Mail praised Vigna’s style as “aptly spare” and the book as an “impressive… a country-noir vision of rural existence.” The National Post noted the collection’s “striking melancholy” and that Vigna is “a serious writer, indeed.” His fiction and non-fiction has appeared in numerous newspapers, magazines, and anthologies including Cabin Fever:  The Best New Canadian Non-Fiction, the Dalhousie Review, Grain, Event, sub-Terrain, and The Antigonish Review. John lives in Vancouver with his wife, the writer Nancy Lee.

Elizabeth Bachinsky is the author of five collections of poetry including HOME OF SUDDEN SERVICE (Nightwood, 2006), I DON”T FEEL SO GOOD (BookThug, 2012) and THE HOTTEST SUMMER IN RECORDED HISTORY (Nightwood Editions, 2013) Her work has been nominated for awards including the Pat Lowther Award and the Governor General’s Award for Poetry. She lives in Vancouver where she is an instructor of creative writing and the Editor of EVENT magazine.

4:30 Dissent Chill: The Chill Against Political Dissent in Art

As the conservative government threatens art grants and rejects funding for artistic projects and centres that support projects it sees as anti-government or “glorify[ing] terrorism,” are artists and art centres afraid to create controversial works for fear of losing funding? Our panelists will discuss the perceptions and realities surrounding this topic.

Charlie Demers. Born and raised in Vancouver, this activist and comedian is a a regular performer on CBC Radio One’s The Debaters, and co-host of Citytv’s comedic panel show The Citynews List in Vancouver.
In 2005, he was the judges’ choice for Vancouver’s funniest new comic; since then he has been featured on national radio, in print, as well as in festivals and live venues across Canada and the Pacific Northwest and with Paul Bae as the sketch duo “Bucket”―the act Robin Williams called “the future of comedy.” His first novel, The Prescription Errors (Insomniac Press), is out now.

Dr. Ray Hsu lectures widely on creativity, education, and leadership. He was recently invited to give a TEDx talk on “How to Live a Creative Life.” While teaching in a US prison for two years, Hsu founded the Prison Writing Workshop as a forum for incarcerated writers to develop and publish their work. He worked with a local radio host in order to showcase their work on public radio. A co-founder of Art Song Lab, Hsu’s interdisciplinary platform to create fusions across poetry, music, and performance began with a wish to make his artistic friendship available to other creators.  He is the author of two award-winning books and has written for over 50 publications internationally. He also interviews regularly for television, radio, and magazines as UBC Expert in youth trends, popular culture, and diversity. 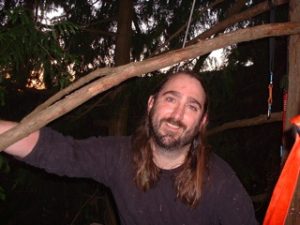 Mark Leiren-Young is the author of Never Shoot a Stampede Queen, winner of the 2009 Leacock Medal for Humour. He wrote, directed and produced the award-winning feature film The Green Chain and wrote and produced the EarthVision award–winning TV comedy special Greenpieces. His stage plays have been produced throughout Canada and the US and have also been seen in Europe and Australia. As a journalist he has written for such publications as TIME, Maclean’s and the Utne Reader. He’s half of the comedy duo Local Anxiety.

Moderated by Derrick O’Keefe. O’Keefe is a Vancouver-based writer and social justice activist. He is the editor of the widely-read progressive website rabble.ca, and his writings on foreign policy, Canadian politics, ecology and other topics have been published in a number of both alternative and mainstream publications.

Hal Niedzviecki is a writer, speaker, culture commentator and editor. He’s the current fiction editor and the founder of Broken Pencil, the magazine of zine culture and the independent arts. He is the author of eight books, including the collection of short stories Look Down, This is Where it Must Have Happened (City Lights, April 2011) and the non-fiction book The Peep Diaries: How We’re Learning to Love Watching Ourselves and Our Neighbors (City Lights, 2009). 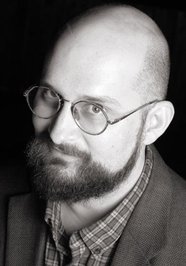 AG Pasquella was born in Dallas, Texas and now lives in Toronto, Ontario. His work has appeared in McSweeney’s, Black Book, Wholphin, The Utne Reader and The Future Dictionary of America. His latest novel NewTown (AGP Books, 2012) is about a con man and his crew taking over an alien spacecraft and was recently excerpted in the Toronto Standard. 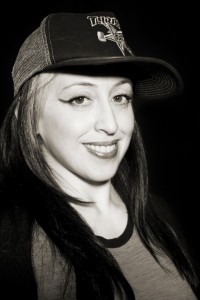 Teresa McWhirter grew up in Kimberley, in the east Kootenays of interior BC. Her first novel Some Girls Do was published by Raincoast/Polestar books (2002). Following an assortment of jobs including teaching English in Korea, driving an ice cream truck, and scaring children at a haunted house, she published Dirtbags (Anvil Press, 2007) and YA Skank (Lorimer, 2011). During the past few years Teresa has toured Europe and North America with punk rock bands, gathering material for her new novel Five Little Bitches (Anvil, 2012). She lives in east Vancouver.

Jean Smith is the singer in the underground rock duo Mecca Normal, a two-time Canada Council for the Arts award winner as a professional writer of creative fiction, and the author of two published novels. 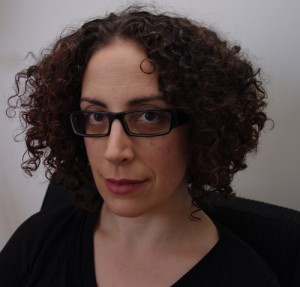 Sarah Leavitt is a writer and cartoonist. She has published comics, fiction and non-fiction in magazines, newspapers and a number of anthologies, including Nobody’s Mother (Heritage 2006) and Beyond Forgetting: Poetry and Prose About Alzheimer’s Disease (Kent State University Press 2009).Her graphic memoir about her mother dying of Alzheimer’s, Tangles, was published by Freehand Books (Canada) in September 2010, Jonathan Cape (UK/Commonwealth) in November 2011 and Skyhorse Publishing (US) in May 2012. 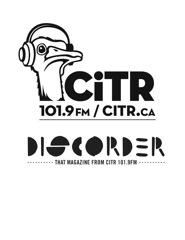 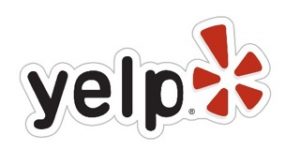