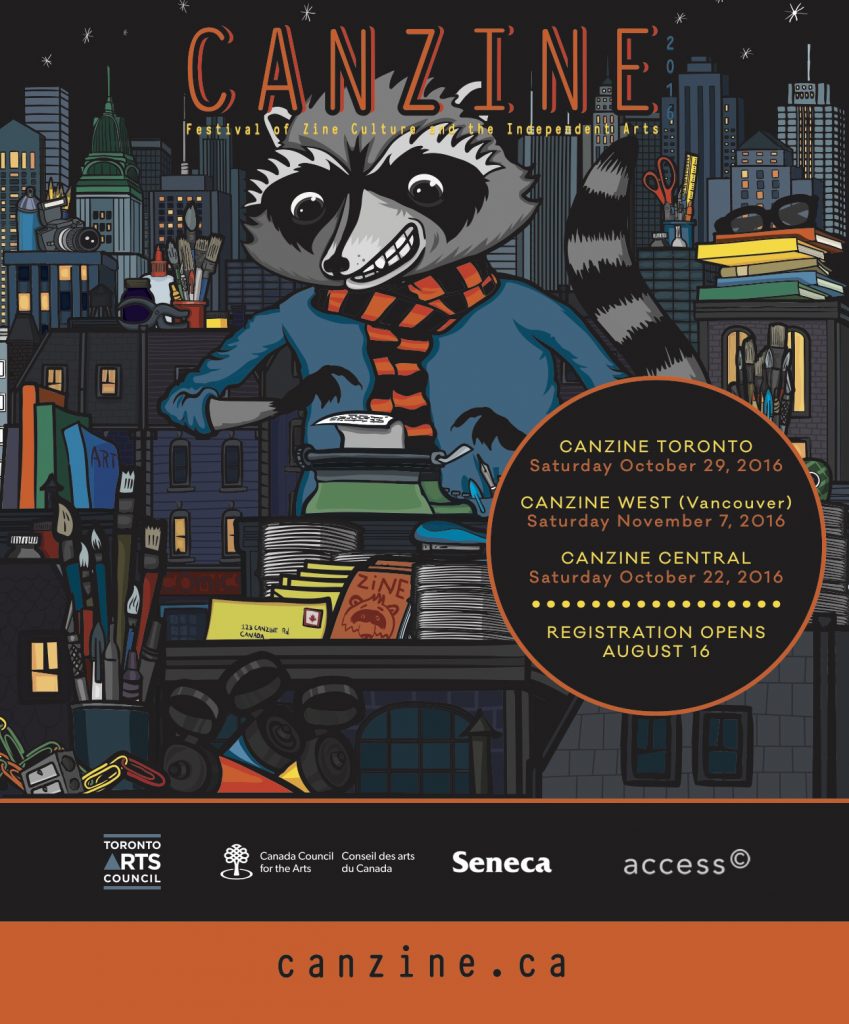 FREE Admission! Comes with the Fall issue of Broken Pencil: Magazine of zine culture and the independent arts.

12pm – Canzine & The Anarchist Bookfair opens to the public! In the Carol Shields Auditorium

Learn to make postcards with a particular focus on helping the Prisoner Correspondence Project, a grassroots organization based in Montreal that connects LGBTQ2SA+ with pen pals and resources.

Two teams of Winnipeg’s finest cartoonists will face the seemingly indomitable task of making a comic based on an audience suggestion in 30 minutes or less. The comic voted favourite by applause will win a prize pack! 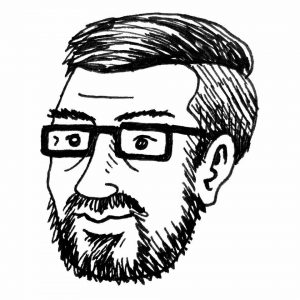 Anthony Woodward is a comic artist from Australia who packed up and moved his life to the Canadian prairies. Most people ask him why he lives there. 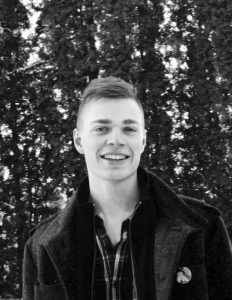 Scott A. Ford is an independent illustrator, designer, and comic creator from Winnipeg, Canada. His comic projects include: Romulus + Remus Issue 1 & 2, Giants’ Well, The Serpent, as well an upcoming full-length graphic novel,Ark Land. Romulus + Remus Issue 1 was nominated for the 2012 Manitoba Book Awards: Best Illustrated Book of the Year. In April 2014, Scott graduated from the University of Manitoba with an Honours Degree in Fine Arts. Check out all of Scott’s comic and illustration projects at scottaford.wordpress.com 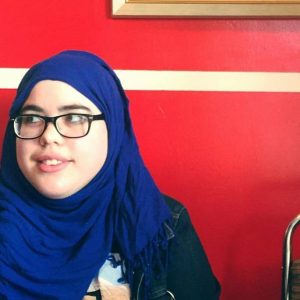 Autumn Crossman-Serb is a Muslim illustrator/comic artist who was born and raised in Winnipeg. Her passions are monster girls, scifi/fantasy, and romantic comedies — often put together all in the same story. She is currently working on a story for the new Beyond anthology and some other mysterious projects that will be available online in 2017 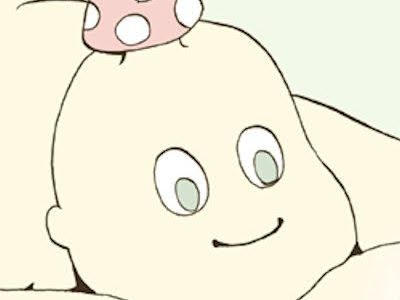 Masumura Jushichi is a Japanese comic artist and illustrator based in Winnipeg. His comic works describe human psychology with detailed drawings.

Fearless R2W advocates for parents that need help with CFS and also educate the community and parents on System Literacy. Fearless jeopardy is just a fun way to learn about us and system literacy.

Join Broken Pencil founder and Author Hal Niedzviecki and Jen Sookfong Lee as they discuss their two new novels and where they meet and diverge. In Niedzviecki’s The Archaeologists, published by Winnipeg’s own ARP Books, developments in suburban Wississauga are belied by both surprisingly sinister and startlingly sincere motivations. Meanwhile, Sookfong Lee’s The Conjoined explodes the myth of social heroism and examines the fractures dividing diverse cities through the eyes of a social worker who discovers a gruesome secret amongst her mother’s belongings. 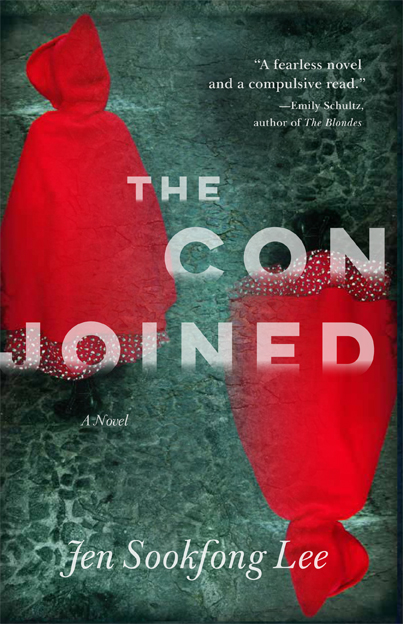 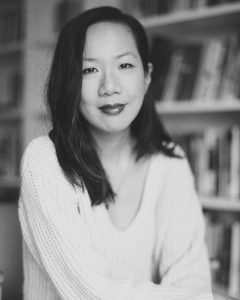 Jen Sookfong Lee was born and raised in Vancouver’s East Side, and she now lives with her son in North Burnaby. Her books include The Conjoined, The Better Mother, a finalist for the City of Vancouver Book Award,The End of East, and Shelter, a novel for young adults. Her poetry, fiction and articles have appeared in a variety of magazines and anthologies, including Elle Canada, Hazlitt, Room, and Event. A popular CBC Radio One personality, Jen appears regularly as a contributor on The Next Chapter and is a frequent co-host of the Studio One Book Club. Jen teaches writing at The Writers’ Studio Online with Simon Fraser University, as well as the University of British Columbia. 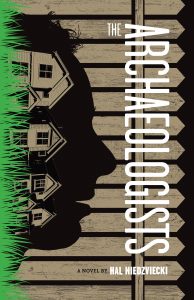 Hal Niedzviecki is a writer, speaker, culture commentator and editor whose work challenges preconceptions and confronts readers with the offenses of everyday life. He is the author of eleven books of fiction and nonfiction and the publisher/founder ofBroken Pencil, a magazine of zine culture and the independent arts. Hal’s writing has appeared in newspapers, periodicals and journals across the world including The New York Times Magazine, The Guardian, Utne Reader, The Walrus, and Geist. Hal lives and works in Toronto.

4:00pm – 5:30pm • Meet Me At The Belltower: Building Up The Village •  Meeting Room (3rd Floor)We will talk about how we have used media and social media to create a strength based narrative for urban indigenous community organizing in Winnipeg. By contributing to various online, visual and print media initiatives, AYO and other groups in the village are building up the village and we want to share with you how to get involved. This workshop is presented by the Winnipeg Anarchist Bookfair.

Live on our mainstage in front of a crowing crowd, you get two minutes to pitch your book to our panel of judges. They get one minute each to tell you why you’ll never get published in a million, billion years, or why they want to see your manuscript in their inbox ASAP.

Our AMAZING Judges this year:

Rosanna Deerchild is an award-winning author and poet. Her debut poetry collection ‘this is a small northern town’ shares her reflections of growing up in a racially divided place. It won the 2009 Aqua Books Lansdowne Prize for Poetry. Her second book, ‘calling down the sky,’ is her mother’s Residential School survivor story. Rosanna is a co-founder and member of the Indigenous Writers Collective of Manitoba and has also contributed to numerous Indigenous newspapers. A Cree from O-Pipon-Na-Piwan Cree Nation at South Indian Lake in northern Manitoba, Rosanna now lives and works in her found home of North End, Winnipeg. 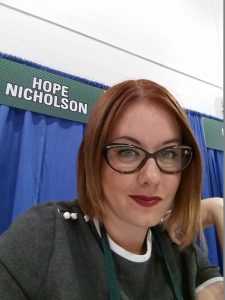 Hope Nicholson is the owner of Winnipeg comics publisher Bedside Press, and a comic book historian with a focus on anthologies, histories, and reprints.

Plus Hal Niedzviecki and Jen Sookfong Lee (see above!)

For people of all ages! No supplies required, but people are encouraged to bring some if they like. Make a zine!

A discussion about parenting in this world for the better of kids, the community, and beyond.

Support Canzine and Get an Awesome Magazine!

Canzine is a not for profit cultural organization. Support Canzine with a $10 donation and get a 1 year subscription to Broken Pencil Magazine! Visit the welcome table at Canzine to make your donation or go to www.brokenpencil.com/showspecial and donate/order your sub online!

Canzine is presented thanks to our generous sponsors….

Thank you to our national education partner, Seneca College

Thanks to our national sponsors: 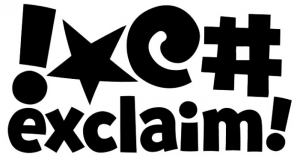 And to our presenting local sponsor, the Winnipeg Public Library:

And our regional and media sponsors: 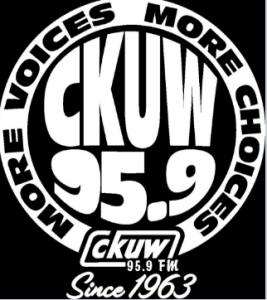 The Canzine Festival of Zines and Underground Culture was first held in Toronto in 1995. Since its inception, Canzine events in Toronto, Vancouver and Halifax have displayed thousands of zines and small press works and hosted hundreds of writers and performers.Canzine is organized by Broken Pencil: The Magazine of Zine Culture and the Independent Arts.