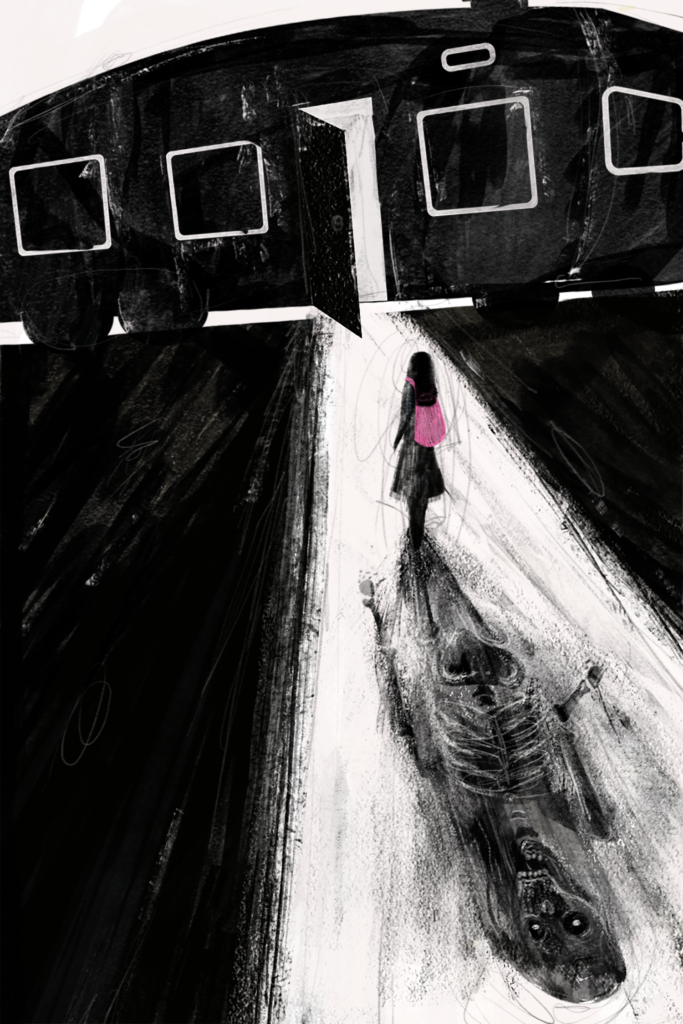 I AM rotting in a shallow grave.

Hitchhiking has its risks.

The guy seemed nice enough when he pulled over. He chatted amicably for about twenty minutes. I kept my knees together, my hands folded in my lap and my eyes facing the road ahead or out the side window. I refused his offer of a cigarette – accept nothing from strangers. But I already had accepted the ride.

It was hardly my first sexual experience. When I was eleven, a county truancy officer showed up after I had been absent-without-explanation for two weeks. I guess that was a rape, too, but I didn’t resist and in exchange he filed a false report. But I resisted this time and lost.

Why do murderers bury their victims in shallow graves? Dig a few feet deeper and we might never be found. I am close enough to the surface so that rainwater seeps down and keeps things muddy. The maggots got to work quickly and I am eaten away in many spots. It doesn’t really hurt – the maggots, that is – it’s more like a tickling sensation.

Days, maybe weeks have passed. It isn’t so bad: rotting flesh is less painful than a rotten life. It is restful, contemplative and quiet: I cannot even hear myself breathing or feel my heart beating, since I’m not and it isn’t. The mud envelopes me like a warm blanket.

Being dead has its comforts.

I hear voices and dogs barking. Someone is standing right on top of me, I can feel the pressure. Probably a kind-hearted volunteer helping search for the girl who disappeared, whose parents were on TV saying, “We don’t know where she done gone, we just hope she ain’t in no danger.” But they weren’t crying or in distress. They looked bored.

Leave me alone, volunteers. I’ll be fully decomposed soon and one with the mud, one with the earth. Then the tickling maggots will depart and I will just be in my non-being.

I feel turbulence in the mud above me. A dog is digging excitedly, stopping every few seconds to take a deep sniff, then continuing with ever more vigor. “What you got there, boy?” a volunteer says. My eye sockets are filled with mud – and one eyeball already has been devoured by maggots – but everything starts to brighten. I am being unearthed. “Oh my God,” the volunteer says. “I think we found her.”

Volunteerism has its rewards.

I am now now am exposed. I hear a few people retching and vomiting. I can see shapes and figures with my one remaining eye. “Let’s get a body-bag,” someone says. “No,” someone else says, “we need to wait for the police.” I don’t like the idea of being in a body-bag – too claustrophobic – so I concentrate my remaining energy and slowly rise out of the mud. After a brief symphony of gasps, people start to scream and run. I hate to think what I look like. I can feel the cold air blowing against exposed bone so I can only guess at the horror of it all. But no body-bag for me.

One volunteer doesn’t run. He stands there staring. I try to smile, but as I don’t have very much face left it probably looks more like a grimace. He steps back. “You need to go to the hospital,” he says. He thinks I’m alive. “Not necessary,” I say, although it comes out very garbled. I spit mud out of my mouth. “Just take me home.”

I hobble toward his pick-up; my left foot is skeletal and it hurts to put pressure on it. “I’ll ride in the back so I don’t get mud on your seats,” I say. “Take me to the trailer park on route 17 near the quarry turn-off.” I climb into the back with difficulty – I can tell he wants to offer a hand, gentleman that he is, but cannot bring himself to touch me. I understand.

The ride is uncomfortable. The volunteer is smoking cigarette after cigarette. He seems to be shaking but he manages to steer. I still can’t make out much more than shapes and forms but I know just where we are. As we get closer to home I’m reminded why I left in the first place, why I stuffed a few tees and underwear in my backpack and started walking along Route 8, why I eagerly got in the car with a man whose body was covered in tattoos and whose breath smelled of whiskey but who offered to take me as far as the North Carolina state line.

Being rotted and decomposed has its shock effect.

We pulled into the trailer park and I banged on the cab when we got to the double-wide I used to live in. I climbed out, said “thank you,” and smiled through the driver’s closed window, but he just gunned it in reverse, made a wide U-turn and skedaddled.

I could hear the TV and smell bacon frying. I pounded on the door with my right foot, the one that still had some flesh on it. “Who the fuck is that?” my old man yelled. I pounded again. “Goddamn,” he said, and I could hear him coming to the door and unlatching it. I stood there and grimaced.

Life has its perfect moments. 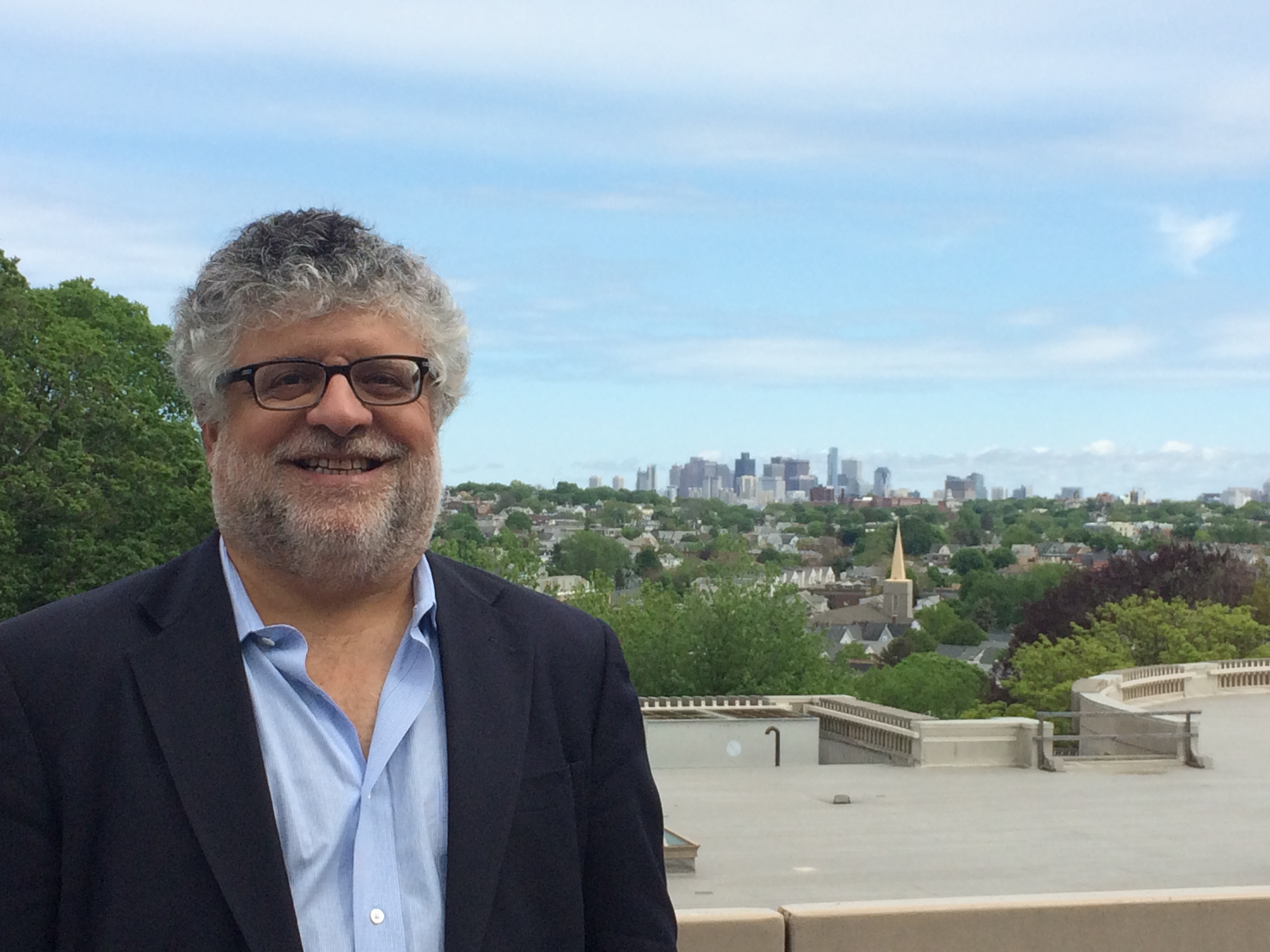 William Mark Habeeb was born in Alabama, lives in northern Virginia and teaches at Georgetown University.