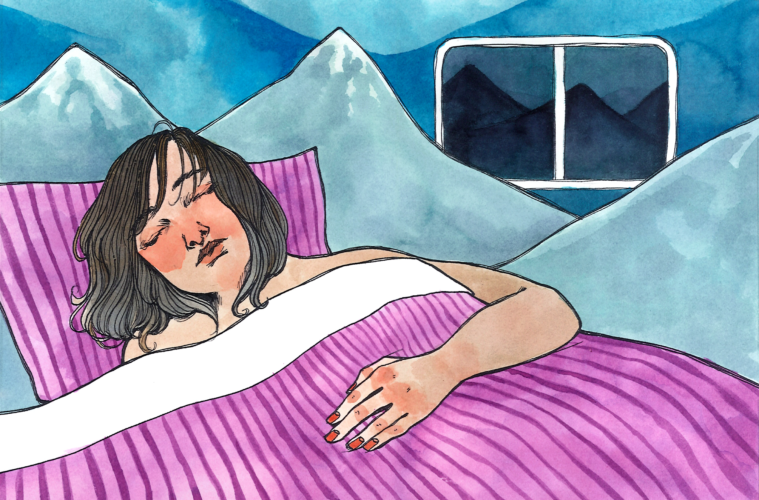 I WAS ON a bus, heading to Fort St. John, to visit the only good thing in my life – the man I’d abandoned there. Sixteen hours south through the mountains. From Whitehorse at 6 p.m., with stops, in every, single, place, you could, think, to stop. Once I was on, it got dark really fast, and cell reception cut out almost right away. I sat in the second row, with two seats to myself. Kids and parents filled up the rows behind me, some with laughter, others with fighting, all the way down to where I tried to forget where the gross bathroom was. Soon I knew I’d see something like it in Toby’s trailer. I wasn’t sure I was ready. For the trailer. For him.

In the seat ahead of me sat a thin woman who kept flipping her blond highlights over her seat and almost hitting me with them. Occasionally she’d turn fully to look back between the headrests, past me, at all of the passengers. Her face glowed, as if she’d come right from a tanning bed to the bus.

She and the driver wouldn’t stop chatting. I tried tying my zip-up around my eyes like a makeshift bandana, and challenged myself to zone out. But I wasn’t strong enough. From what I gathered, she worked for the bus company too, and her job was to tell stories. Well, not officially; she was the alternate driver, and had to stay up for the whole trip – keep the main driver awake so he didn’t get lulled into a trance and drive off the side of a cliff in the middle of the night while everyone was asleep in their seats. She was telling him all about her sisters who both worked at the same paper mill. I thought of my own sister – about what it would be like to get to work with her again, see her every day. Before I’d left Fort St. John we’d waitressed together at the diner. Customers always guessed that I was the older one. Probably because I talked more, and that got mistaken for confidence. She was quiet, but wiser. I hadn’t told her yet that I’d be visiting.

When the bus finally pulled into the station I wasn’t nervous – I was something else. Excited I guess, but with all the exhaustion in my body of the sixteen hour ride; it was the way it feels to take a sleeping pill with a cup of coffee.

I picked up my bags, which were so heavy I had to pretend they didn’t exist. These bags are ghost bags, I told myself. I half carried and half pulled them through the hallway, and into the lobby where Toby was standing, completely real, talking to the man at the ticket counter.

“Babe!” I managed to squeak out.

He didn’t kiss me then, but later, in the trailer, we couldn’t stop. It was such a relief. We smoked weed, and for days we did almost nothing with clothes on – didn’t talk to another soul, or leave each other’s company except to go to the bathroom, which, it turned out, he’d cleaned up quite nicely for me. We were both in exceptional moods, until the time came when we had to get dressed. He’d run out of pot.

As we looked around on the floor for our underwear, I tried telling him about the lady from the bus: how both her sisters worked in the same paper mill together, and that it made me think about how nice it would be if I got a chance to be close to mine again.

He slipped one leg into his jeans. “Your sister’s kind of a bitch though, right? She wouldn’t stop telling you what to do – that’s why you left in the first place.” This was how he got when the sedative quality of the pot wore off.

There was a mill in the town he was from too, he went on, starting in on one of his rants. All the rich kids’ parents worked there. He was not one of them. He thought the mill people were garbage nouveau riche, like the rig guys he was forced to associate with these days in Fort St. John. “A bunch of assholes who get paid so much that they don’t know what to do with the money besides waste it on hard drugs and hookers.” He shook his head, and then pulled it through the neck of his t-shirt. “And the women aren’t innocent either,” he said. He was reminded of this one girl who he said had tried to seduce him back home in New Brunswick. “Fucking slut,” he called her. I reached over and touched his arm. Then, trying to go along to where he’d taken the conversation, I told him I thought it was important that women get to make moves sexually too. He flinched. “Oh yeah? Bad things can happen. You’re always talking about how dangerous men can be.”

“I guess so,” I said, sitting back down on the mattress.

“Well what about women? She wanted me to beat her up in bed and I said no, so she started hitting me! I had to strangle her unconscious to make her stop. When she woke up, I told her… if she ever tried something like that again I’d beat her up so good her own parents wouldn’t recognize her!” He started to shake as he said this. I knew he wanted to be held, to be made to feel safe, but numbness crept in and I couldn’t get up and go to him. Instead, my body took me over to the open suitcase I’d left on top of a pile of clothing and other junk he’d let build up on the floor. My hands threw the stray things I’d brought with me into it. I closed my eyes. I tried to stay with myself. I asked my fingertips if they felt anything, I asked my wrists. His words gripped the air all around me. This is what my sister didn’t want for me. Why she’d made sure we’d be separated. Sixteen hours north through the mountains. Not far enough though. 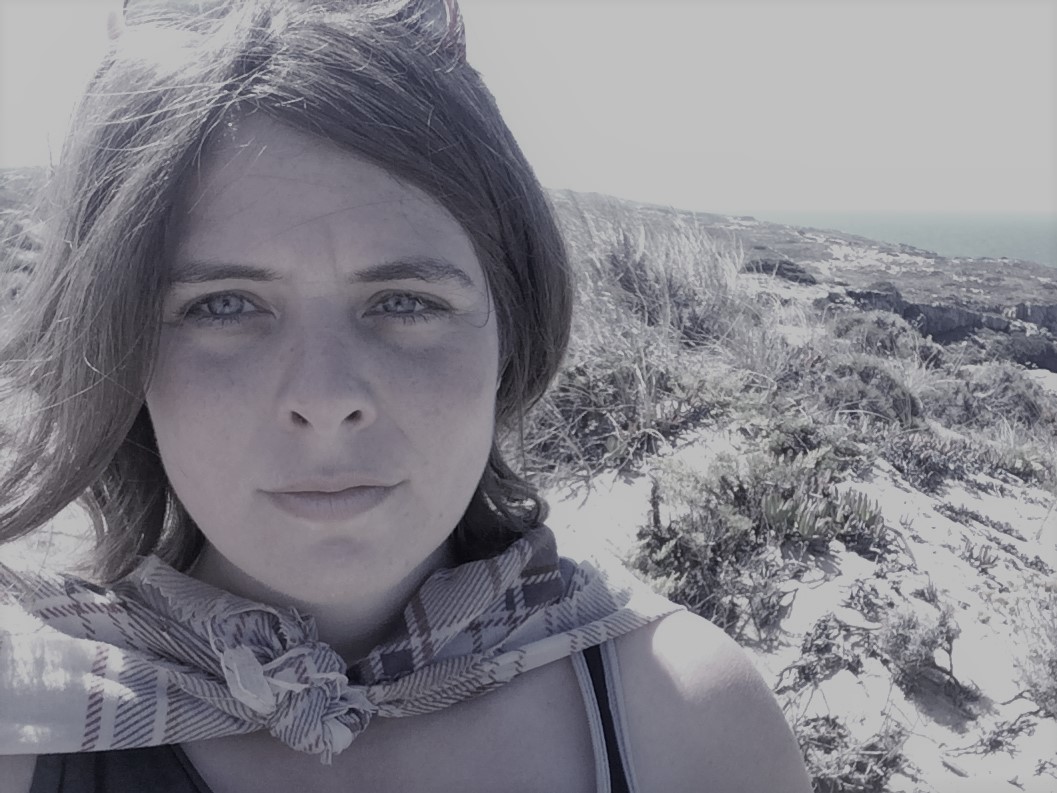 Sarah Feldbloom is a writer, audio producer, and facilitator. She recently completed an MFA in Creative Writing at the University of Guelph, and teaches in the English department at Humber College. You can find her writing in publications including Carousel Magazine, The Town Crier, and The Feathertale Review. Currently, she’s working on two novels – Schooled, and Where She Was Young – which explore youth culture and resilience in Canada.