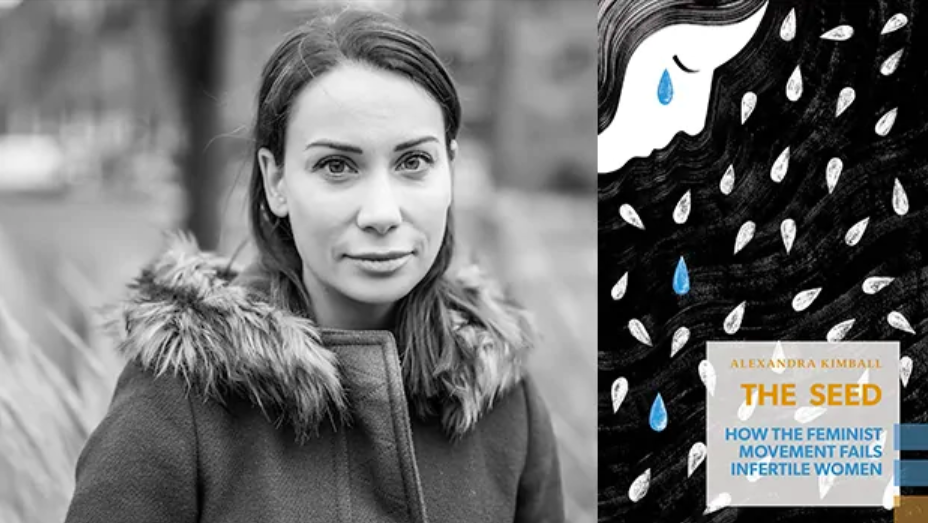 A few years back, Alexandra Kimball’s powerful essay about her mid-30s miscarriage challenged mainstream feminism to deal differently with infertility. Ever since, we’ve been waiting eagerly for her book-length treatment on the subject. Now the award-winning journalist delivers. From the 15th-century witch trials of barren women to portraits in contemporary literature, Kimball’s debut is a bold look at how, and why, the women’s movement has left infertile women out in the cold.

The Seed is a part of our top Spring 2019 Indie Book Picks.

Can you briefly summarize your view on feminism’s “anti-maternal bias”?

Alexandra Kimball: It doesn’t really have an anti-maternal bias. The first wave of mainstream white feminist activism for reproductive rights was focused on enabling access to birth control and legal abortion for Western women, as well as normalizing non-motherhood as a choice; the consequence was that the concerns of mothers were largely ignored. Many feminists of colour, in particular, pushed back against this focus, but much of their work was erased in the mainstream narrative. However, much of second-wave feminism, which I think we’re seeing a resurgence of now, was very celebratory of pregnancy and motherhood as “essential’ and “natural” female experiences. You can see that in both cases, infertile women, who want to have children but can’t, are invalidated.

What sparked your interest on this topic, and when did you decide to start looking into it deeper?

The Seed was the result of wanting to tell my own infertility story as a way of normalizing experiences like mine that don’t conclude with the narrator getting pregnant. But I also wanted to probe a tension I felt: alienated within infertility spaces as a feminist woman, and othered within feminist spaces as an infertile woman, and especially, an infertile woman who was pursuing surrogacy to build her family. I wanted to weave these insights together into something larger.

This book strikes an interesting balance between memoir, and thesis. What are the challenges associated with writing a book that’s both confessional and factual?

For this project, blending memoir and cultural history and critique was really the only way to do it authentically. I always had the sense that my own story was taking place within a larger, collective, political story about fertility and women’s bodies and gender and policy. I believe very much that the cultural narrative about infertility compounds the suffering of individual infertile women, and that addressing those stereotypes and misconceptions is key to helping people through their grief.

Can you briefly speak to how the infertile woman has been silenced or ‘othered’ throughout history?

The fear of female infertility is one of the most enduring themes of Western culture. Infertile women were targeted during the European and American witch hunts, for example, and for much of Western history, a couple’s infertility was assumed to be the fault of only the woman, so female infertility was commonly grounds for divorce. It still is in some countries. To this day, the figure of the bitter, vengeful, violently jealous infertile woman permeates pop culture (see: Handmaid’s Tale).

What do you think are the next steps for a more inclusive, accessible feminism in relation to infertility?

I believe that feminist progress happens from the margins in. To the extent that decent conversations about infertility have happened publicly, it’s largely been middle-class white women controlling the discussion. Women of colour with infertility, queer women, transgender women, and poor women, all of whom face barriers to treatment and in some cases different fertility concerns, should be centered in discussions going forward.