Working in a rare book library and watching the rise of e-books, John Shoesmith was getting tired of hearing people prophesize the death of the physical book. The Outreach Librarian at the University of Toronto’s Thomas Fisher Rare Book Library, Shoesmith sees small and fine Canadian presses putting out the most beautiful, artistic books that could not possibly translate to a purely digital version. So this summer, the library is housing an exhibit of selected items in its collection from Canadian small presses.

In an effort to argue against the supremacy of e-books, the majority of the exhibit focuses on works that have come out since the year 2000. However, there are also early works on display such as the first books from Coach House Press (1965), House of Anansi (1967) and Porcupine’s Quill (1975). The above image is a rebinding of a text from the 1930s by Toronto artist and book binder, Robert Wu.

The first case in the exhibit focuses on the long-running literary presses, while the second case looks at the work of newer presses such as Gaspereau Press, Pedlar Press, BookThug and Anvil Press. Other cases are reserved for illustrated works and artists’ books — emphasizing the importance of both aesthetic and text to the act of reading — and one case collects key works from Barbarian Press which was founded in England in 1977 before moving to Mission, British Columbia in 1978. But the final two cases on the main floor may be the most exciting, as they collect self published works and books from micropresses bound and decorated using various experimental methods such as wood, bar napkins and a crushed cocktail umbrella. A lower floor collects more independent works such as chapbooks from Ottawa’s above/ground press and original woodblocks and prints by George A. Walker (image below). Ian Phillips, the founder of Pas de Chance, which has works exhibiting in the collection, told Shoesmith that the exhibit has inspired him to create more. 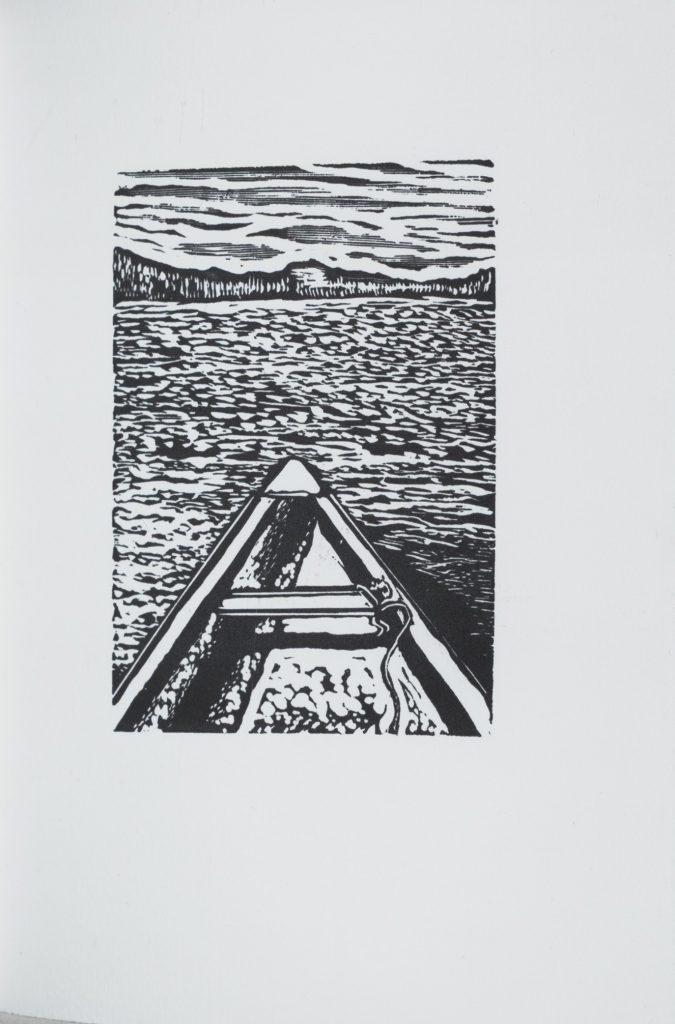 “At the risk of stating the obvious, there is little to dislike about the printed book,” writes Shoesmith in the introduction to the exhibit’s catalogue. “It has provided the ideal and most efficient means for disseminating information and ideas, for educating the populace, and, frankly, for providing one of the great sources of solitary entertainment.”

The exhibit will be capped off with a small press fair on Saturday, September 7th, featuring vendors such as Shanty Bay Press, Church Street Press, Pas de Chance and Puddle Press.