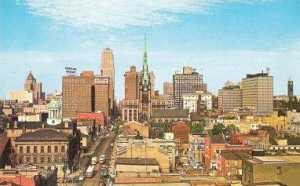 For those still resisting/actively hating all things social media and the internet, check out these fun literary Twitter accounts that might change your mind:

An experimental Twitter account from Edinburgh spices up collective nouns by soliciting tweets to the hashtag #collectivenouns on things such as ducks or bloggers or hedgehogs. There are some game rules to this all-out word-nerd fest, but following the account or even tweeting your own concoctions is a pretty fun time-waster. Some of my favourites: “a kettle of protestors” (memories of Toronto’s G20…), “an epic of fail” (Jack Layton’s oh-so-hip hashtag ref…) and pretty much all the ones to do with hipster, such as “an annoyance of hipsters” or “a whatever of hipsters.” Run by avid walker and Toronto writer Shawn Micallef, this Twitter account both tweets and solicits tweets about Toronto. So, we get very apt and timely impressions like this, posted this morning: “Strawberry Market at St Lawrence, Front is buzzing w tourists and locals. Farmers just ran out of strawberries. No riot.” The project rounds up this Tuesday, June 22 so for those living in Toronto, now’s the time to tweet about the city. For those living in Sackville, NB or Victoria, BC, maybe start up your own?