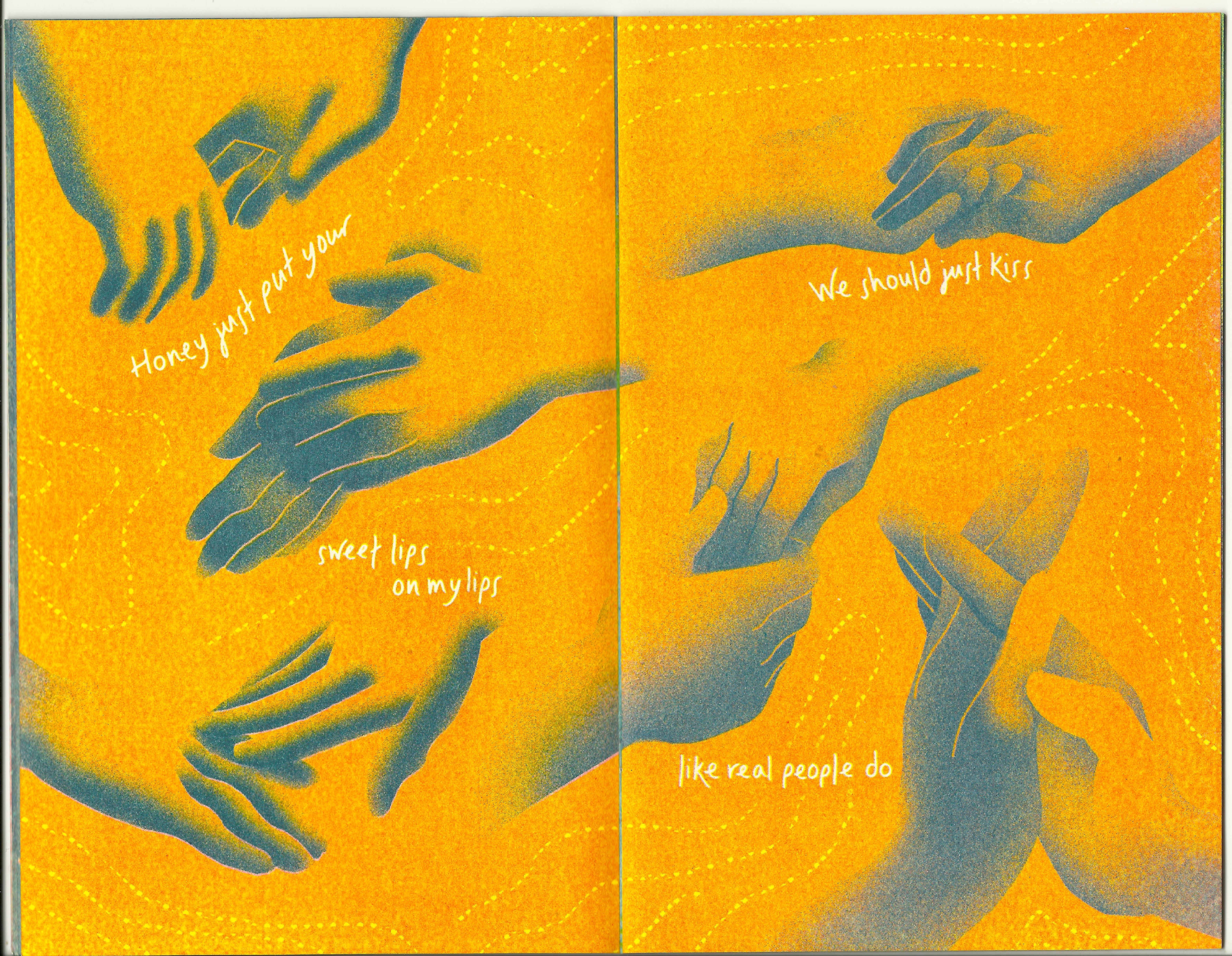 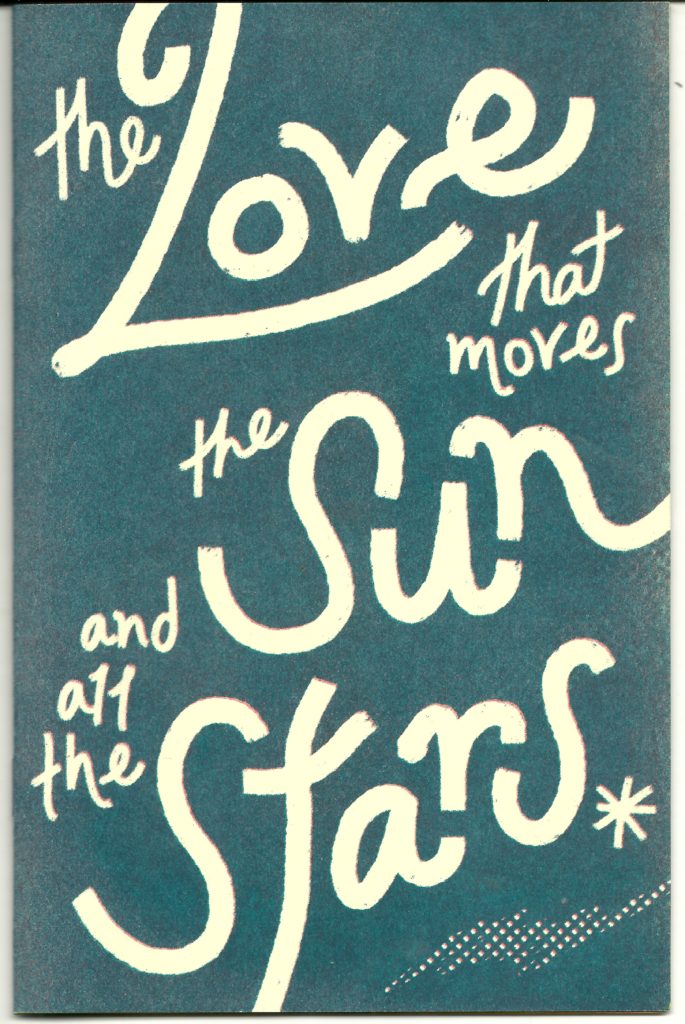 The Love That Moves the Sun and All the Stars
Comic zine, Beena Mistry, 14 pgs, beenamistry.com

Brampton-based illustrator and zinester Beena Mistry’s gives this zine an apt alternate title on their website: The Divine Comedy Zine. Whatever you call it, this zine explores the relationship between Dante and Virgil, captioned with the lyrics of indie folk musician’s Hozier’s reflective tune “Like Real People Do.”

Mistry uses the lush and full tones of a Risograph to play up the contrast between the two poets. Virgil is a stark and fiery orange, and Dante is a cold and removed blue, at times mixing subtly into the backgrounds of the pages. Slight divisions in colour separate their figures from both the page and one another, with masterful colour mixing bringing them closer together with each successive page. The colours of each spread cool and lighten, and Dante and Virgil come closer together too, as the accompanying lyrics meet their climax.

Mistry’s choice of lyrical pairing succeeds, as the song’s dynamic arcs match their images. The accompanying suggested playlist goes even further in demonstrating this harmony.

Static images paired to lyrics can be a difficult thing to do in comics, but Mistry’s zine proves that it doesn’t have to be. (Graham Sigurdson)