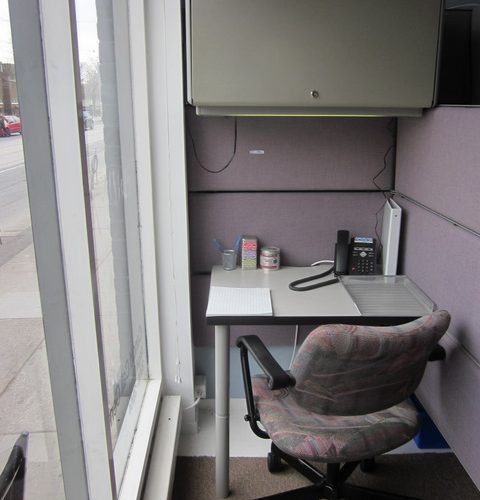 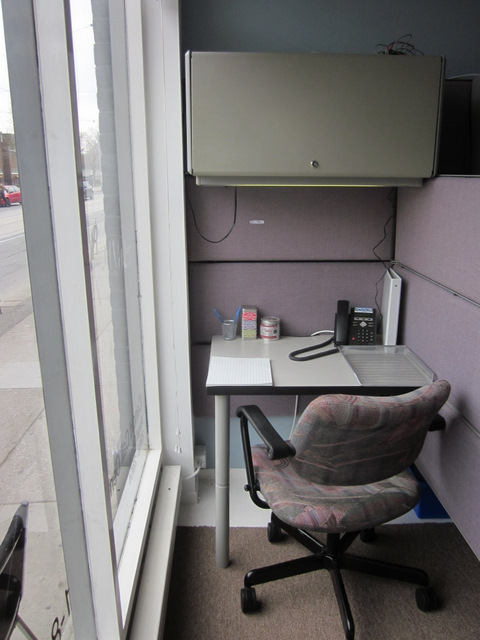 For the period of Angel Chen’s installation, Toronto’s Whippersnapper Gallery is transformed into the Candid Call Centre, a corporate-style office space complete with two cubicles, nauseating carpeting, and instant coffee. The transformation is uncanny and deeply ironic, considering the space’s function as an art gallery. However, the charm of Chen’s installation is not just in her kitschy imitation of a seemingly corporate environment, but also in the more invisible space of a telephone conversation.

Contrary to what a call centre suggest, the Candid Call Centre fields anything but the annoying and persistent calls of telemarketers. According to Chen—who previously launched the Post a Letter Social Activity Club in Toronto in 2010—the focus is on “fostering conversation about local and global economies… and presents an opportunity for a broad demographic of individuals to engage in an open and honest conversation over the phone.”

“Open” and “honest” are more than accurate descriptors for the project. Aside from a slim handbook that details Chen’s artist statement, there are no scripts or guidelines for the volunteers and visitors who work the phone lines. Instead, the conversations take their own unique form between two strangers who candidly delve into personal experiences about the current state of the economy. The overall effect is a modest yet powerful gesture against the ingrained social convention to “never talk to strangers,” a convention indicative of the city’s apathy that is too readily felt and lived through everyday. 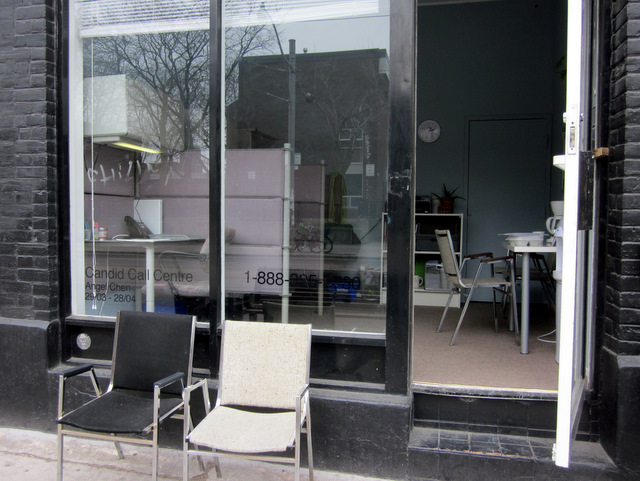 When asked why she chose the telephone as the main point of engagement, Chen says, “The telephone provides a unique sense of intimacy and privacy. Talking on the phone is literally speaking into someone’s ears — it’s a little like whispering. It’s also immediate, which means that there is not a lot of editing involved. Additionally, I believe that when only the voice is present, where the people on the phone have no previous relationships, no future relationships, and little preconceived notions about each other’s backgrounds and motives, the conversations have the capacity to create an honest and candid exchange of ideas.”

The Centre also hosts a series of information sessions for in-gallery talks and “lunch hours” where three select guest speakers take over the lines. This week includes, a rep from a small financial firm, a graduate student and urban planner, and a former health care worker. For more information, visit candidcallcentre.org or better yet call, 1-888-335-9780. The call centre stays open until April 28th.