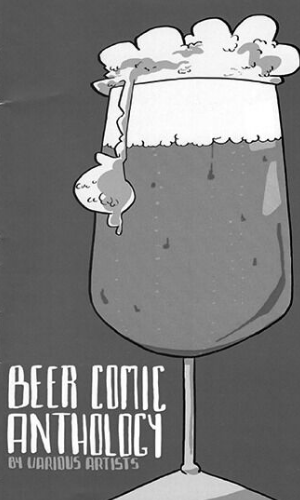 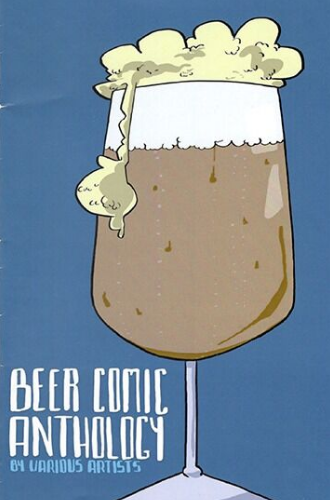 Cool and fairly frothy, Beer Comic Anthology is definitely in the tastes great, less filling category. Several artists contribute comics to this collection, and each and every have suds on the brain. So yes, these are comics about beer. In general, there’s lots of humor and good cheer to inform the tone of this anthology. I Only Drink on Special Occasions shows how we often convince ourselves to drink early and often. Beerthology examines an exploding beer bottle as an apt substitute for a Molotov cocktail. Etcetera. Overall, the mood is playful but much like anything under the influence, these comics also trigger some emotions, concerns, that nagging ugh, been there feeling often associated with drinking solo in public or surveying the room in a tavern on a weekday afternoon. Clearly, there’s a celebration of beer at the core but again, tempered with that love/hate thing that most humans have for anything that comes close to being a vice… or weiss, I suppose. Beer Comic Anthology is a quick read but curator Ryan Huff does a great job packing the pages with lots of kick-ass art and variety. Beer might be the common thread but there’s zero continuity offering-to- offering. That’s a good thing, like a comped flight of IPAs. (Cam Gordon)