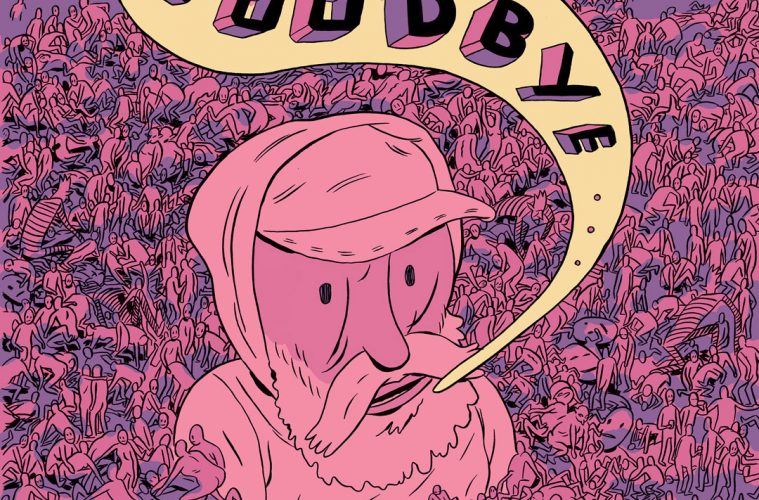 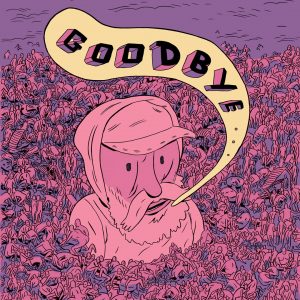 Mythology is an atypical starting point for an indie comic, but some early shape shifting by (yeah THAT) Zeus sets the pace in Goodbye. This surrealist collection of thoughts and drawings might not consciously aim to confuse but it does just that, veering and meandering without much of a central narrative.

No, its not linear. But yes, its full of mood and nuance, which is equally important and quite possibly, more important. Ben Passmore is the artist and this fella works wonders. If handled typically, this could be a flimsy stab at some weak dystopian future bullshit. In lieu, we get subtlety. The type of subtlety drawn from the brief interactions that we all enjoy as members of the human race. The focus is sort of on the revolutionary shit depicted half way through Goodbye but really, that’s a canvas for more universal themes of insecurity and escape. The comic gets a bit violent at times but there’s absolutely zero gore, even when people are being shot or punched in the face. Its all context and by the end, there’s an orgy.

So yeah: something for everyone and unrelated to content, Goodbye is beautifully packaged and printed. Incredibly profesh looking and wouldn’t look out of place rattling around alongside your Moleskine® notebook or whatever else people aren’t writing in these days. (Cam Gordon)