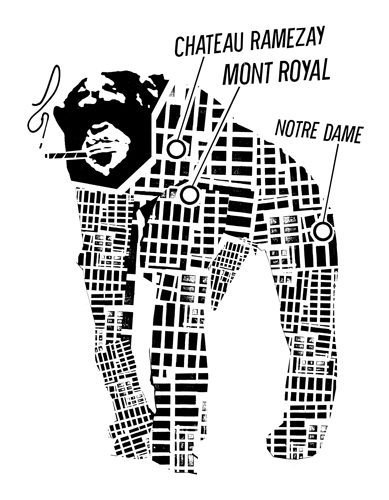 Raymond Biesinger is an illustrator from Edmonton who recently relocated to Montreal. Last year he contributed to Broken Pencil‘s Deathmatch by creating illustrations inspired by the top four winning stories, and this year he donated a pile of his striking and highly detailed prints as a prize for the fifth Deathmatch champion. While Chase Baird awaits the arrival of Biesinger’s art, Broken Pencil spoke to the illustrator about his work, his move to Montreal and what draws him to the Deathmatch.

Broken Pencil: How would you describe your work?

Raymond Biesinger: Hmmmm…. It used to be a lot easier to answer that question. It started out as a kind of minimalist and modernist effort, something that tried to do as much as possible with as little as possible. It shuns decoration still, I think — anything that doesn’t directly serve its concept is jettisoned. Black is the backbone, white is the background. In another way, it’s a collage of artless, unidentifiable objects.

BP: Are there any zines that inspire you? 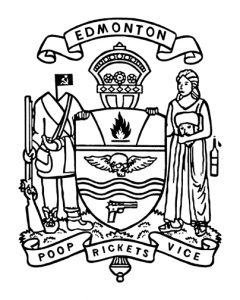 BP: What are some of your current projects?

RB: Besides the usual assignment thing, I’m working on a series of images of Montreal, Quebec, Toronto and Ottawa during specific important times in their development. I took great care in understanding Edmonton’s history when I lived there, and I’m jazzed to be doing the same with my new home.

BP: What took you from Edmonton to Montreal?

RB: Adventure. I love Edmonton a great deal, but my wife and I needed to learn some new lessons and get challenged. Two years later it’s a joy. Still challenging, though. Can’t wait to start my next round of French lessons in May.

BP: What did you like best about the Deathmatch?

RB: The writing, of course. And then the Darwinian prizefighting.