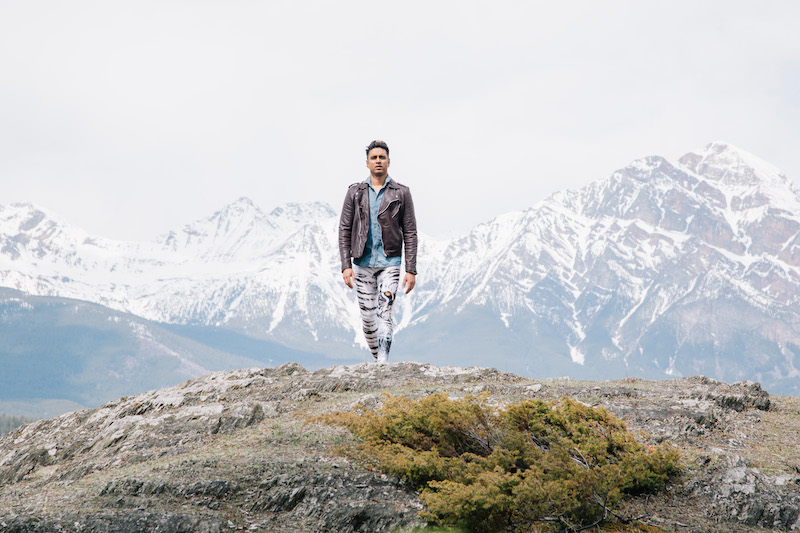 Many artists prefer not to take press photos or have them taken begrudgingly. I have always understood press photos as a necessary component of promotion and have tried to have fun with them, a chance to feel a little glamorous.

In 2008, I was signed a music label in Paris. This experience was a lot less exotic than it sounds. One of the challenges I ran into involved a photo I had uploaded to my MySpace (R.I.P.), which featured my bearded profile. The label director asked me to take it down because it was “such a ‘beauty’ shot…we want you to be a MAN!!! male!!!! :-)” In short, the photo wasn’t masculine enough. Misogyny served with a smile emoticon. I obediently replaced the photo, partly because I understood that she was right: if I wanted to be a successful “male” dance pop musician, my image would have to project a particular ideal of hetero-masculinity.

I had already learned this from reviewers’ responses to my previous, which often referenced my appearance: “Pretty boy Vivek Shraya…” On its own, this comment is not noteworthy. Boo hoo, right? Except this kind of comment appeared frequently and the repetition rendered more obvious the snide criticism lurking in this description. This parallels the kind of discrimination female musicians regularly face. How often does the appearance of a male musician get mentioned in an album review? My appearance was likely referred to because my album photo somehow conveyed an aspect of my gender that didn’t overtly say “man.” The cover of my subsequent record, Keys & Machines, didn’t feature my face, but rather a collage of silver keys. Industrial. Masculine. In the press photo, I am looking down, no eye contact. Non-threatening. 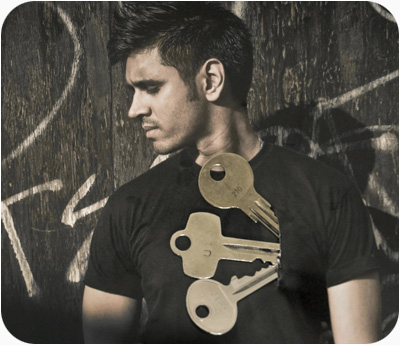 Six years after Keys & Machines, I now regard press photos as an extension of the work itself, an opportunity not only to draw a potential audience, but to reinforce the themes explored in the work. The photos are also a means of occupying space and creating visibility for more genderqueer brown bodies in my often white-dominated social media feed, and to showcase a brown genderqueer body as strong and central rather than passive, peripheral and exotic.

This is why when shooting the press photos for my novel, She of the Mountains, I wore leopard-print leggings in the mountains. I wanted to highlight my own femininity as a way to mirror the theme of feminine celebration in the book. I also wanted to challenge the content, style and format of the typical author shot: a close up of a middle-aged white face, arms crossed, against a backdrop of books. The message these author photos on the backs of books have conveyed to me is that the literary world belongs to whiteness and conformity.

So I take a different kind of photo.

Vivek Shraya is a Toronto-based artist working in the media of literature, music, performance, and film. Vivek is a two-time Lambda Literary Award Finalist and his debut novel, She of the Mountains, was named one of The Globe and Mail’s Best Books of 2014. Find him at vivekshraya.com and @vivekshraya.