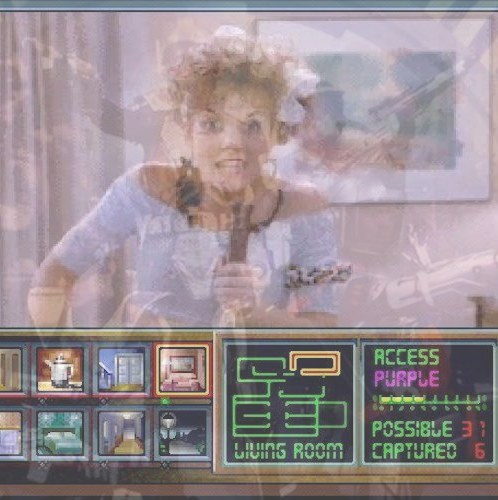 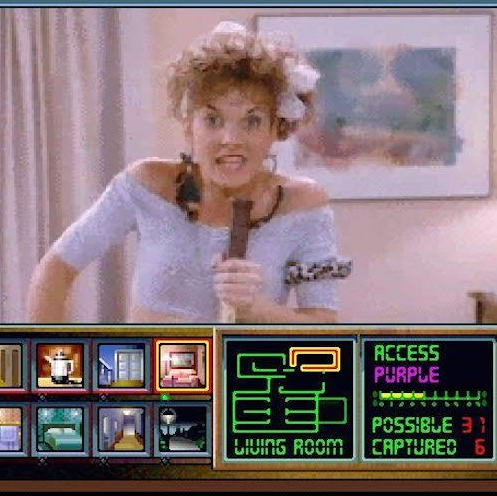 Everyone knows that moment: you’re sitting on your couch, watching a movie, and you find yourself marveling at the poor decisions made by the characters. Who hasn’t desperately wished they could control the outcome of a film?

There was a time when movie fans could do just that — by engaging in the now mostly-forgotten phenomenon of interactive cinema (also known as “Full Motion Video Games”). The game Dragon’s Lair (directed by Don Bluth) is commonly cited as one of the first examples of interactive film, appearing on Laserdisc in 1983. As computers and CD-ROM technology developed in the ‘90s, FMV games expanded to full narrative films where players could control the gameplay to reach a variety of outcomes. According to this excellent primer written for The Dissolve, some notable examples of ’90s interactive games include the Twin Peaks-inspired haunted-house hit The 7th Guest (1993), as well as the sexy thriller Tender Loving Care (1998.)

I realized that I also unwittingly dabbled in interactive film in the mid-’90s: I was obsessed with a supernatural murder-mystery game called Phantasmagoria. Released by Sierra Games, the game featured real actors exploring the nooks and crannies of a decaying estate, gradually uncovering a horrific murder involving an evil magician (yep, really).  The game was hugely popular and made millions of dollars, but also featured a controversial rape scene and grisly over-the-top violence. It was once named “the most sophisticated computer game to date” – a label that’s kind of funny in hindsight:

Although the interactive movie format eventually declined as the interactivity of video games rose, FMV games remain intriguing and cheesy relics that have indelibly influenced aspects of indie game-making and storytelling. (As one example, elements of interactive/FMV storytelling appear in last year’s indie game sensation Her Story, which features a series of VHS-quality police depositions featuring the wife of a murder victim, and tasks the player to patch together clues from each clip.

The Hand Eye Society is an organization that explores the creative possibilities of videogames in DIY culture. Torontonians can experience their celebration of ‘80s and ‘90s interactive cinema, FebMoVid, on Wednesday February 17 at the Royal Cinema in Toronto in conjunction with the Laser Blast Film Society, who will also be screening a rare feature version of the loosely-interactive Toronto-shot TV series Captain Power and the Soldiers of the Future. You can check out a trailer for the Royal event below and buy tickets here.