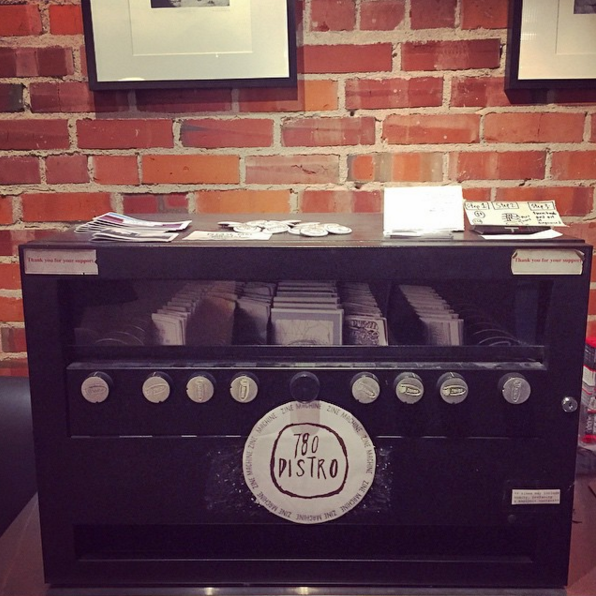 When Edmonton-based zinemaker Beverley Theresa reached out to 780 Distro late last year, she was hoping to display her zines in one of the three city-wide zine vending machines they’ve operated since 2013. She ended up becoming the boss. “One of the previous owners (Jenna Katheryn-Heineman) mentioned that she and her co-owner were becoming busy with school and didn’t have time to run it anymore,” Theresa says. “I didn’t want it to die.” Theresa took over the company officially in early February 2016, and has been focused on stocking the machines and making sure they are in working order. While submissions to the distro are always open, Theresa says she has to take packaging and size dimensions into consideration so the zines can fit. The distro will eventually require a new machine to replace another machine that was on loan. It’s not easy work, but Theresa is excited that the distro will stay alive and continue fuelling Edmonton’s rad zine scene. Learn more about the distro and submissions at 780distro.tumblr.com.