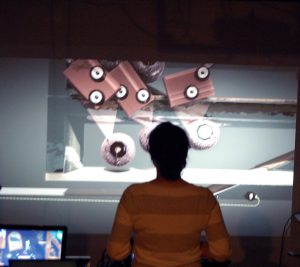 Over the last few months, a couple of men made the news for hacking several of Nintendo’s most popular franchise games. As male gamers, both Mike Mika and Mike Hoye were privileged to grow up experiencing video games that were by-and-large tailored to their gender. Historically, video games have been dominated by men, whether they are the creators of video games, or the subject of the vast majority of the medium’s narratives. However, as fathers of young daughters, Mika and Hoye have also become witness to one of the medium’s most troubling issues: a rampant culture of misogyny and the exclusion of respectful and positive representations of women.

Not satisfied with the status quo in gaming culture, they both took it upon themselves to address the problem in a unique manner. They hacked The Legend of Zelda: Wind Waker and Donkey Kong in order to create new versions and provide their daughters with gaming experiences that were more inclusive, allowing them to play as the previously helpless (or non-existent) female characters and directing positive messages to them as young females. By sharing this work with the world, they’re sending gaming culture a clear message: these troubling representations of women as weak or sexualized need to stop, and if the industry won’t alter its practices, we’ll do it for them.

Historically the practice of hacking and modding games stemmed from fan/hacker/gamers and has largely been wrapped up in something akin to a form of remix. By rewriting a game’s story, altering its maps, characters, objects and graphics, modders engage directly with the medium. Not simply an act of “playing” a game, hackers play with a game, digging into its underlying structures and altering its foundations. Sometimes it’s as simple as adding a new item, re-skinning a character from inner city gangster to Spiderman, or altering the original so dramatically that they create whole new works of art. Altering games in this way offers modders, fans and artists an opportunity to place their own authorial stamps on any game for any platform, simply by modifying it just enough that they can call it their own.

In most cases, these companies leave the works of fans alone, even though these fan practices are largely unsanctioned acts which allow fans to take partial ownership over the works they consume within gaming culture. Many gaming companies have even begun to embrace the desires of fans to edit and modify their games and are providing the tools to fans (for free) to facilitate this work. Many games now incorporate modability and level editing tools. This allowed companies like Epic and Valve to extend the value of their brands by adding the perception of inclusion and “value added” content to their game properties. Once the success of these practices were apparent, even the giant gaming corporations such as Nintendo and Sony began giving players the tools to edit their own levels and create their own play environments.

During the Vector Game Art Festival in Toronto in February (which I programmed), New York City audio-visual performance artists Foci + Loci gave a live performance that highlights another facet of creative works emerging from gaming culture. The duo used built-in level editing tools in the popular video game Little Big Planet to create a live interactive performance. Originally created as a means to give players the opportunity to create their own platform style game levels, under the creative power of Foci + Loci the tool becomes a means to create works of art far beyond the original intentions. Rather than make simple playable games, Foci + Loci create elaborate futurist sound stages, where they interact with the virtual objects in these levels in order to create live performances influenced by the aesthetics of the situationist movement, the Italian futurist movement and Dada.

The work we see emerging through the modification of popular games elicits the reality that the majority of gamer/modders are satisfied with a status quo of player-generated content. But there are a vast number of us who want more options. It simply isn’t enough to be able to make something within the clearly defined boundaries of these intellectual properties. Mika, Hoye and Foci+ Loci are creating works that add a much-needed critical perspective to level editing and modding.

For decades, gaming was seen as a simple form of consumer entertainment, one that was often directed at youth cultures. Over the years as the technology advances we have seen increasingly sophisticated experiences for the player. Despite this advancement, the relationship between games and players has remained static for a very long time: they made, we consumed. But players pushed back and demanded more from the medium and soon took it upon themselves to tear open the surface of the games they played to create new experiences, ones which fell more in line with their own needs and interests. We can think of this emergent practice of injecting identity politics and contemporary art practice into gaming culture as part of the medium’s larger evolution. These days, modding and hacking games is becoming increasingly common. We can see through the work I’ve mentioned that we’re all beginning to take collective ownership over the medium. It’s in this collective ownership that we can all help the medium grow. We no longer simply play “their” games, as they are now also “our” games. This is evolution.