As I walked into the Chicago Zine Fest on May 9, I was trembling. Granted, I was hungover and famished after a morning run on the shores of Lake Superior, but as I surveyed the 200-plus publishers dazzling patrons with tables upon tables of printed rainbows, the only feeling I could sense was awe. It might be the closest thing I’ve had to a panic attack.

Thankfully, the organizers and volunteers did a fantastic job orienting visitors to this free event. Walking into the Plumber’s Union Hall, I was handed a program-cum-zine that listed all exhibitors (plus a handy map of where they were located), four interactive workshops, as well as other highlights like the Glitterguts Photobooth, Halfwit Coffee, a bakesale, and even a zine reading room. With gender neutral bathrooms, a prominent safer spaces policy, and a newly chosen accessible venue, the CZF lived up to the hype. Moreover, many of the participants I spoke with were elated by the premier of the expansive single-room spot at the Plumber’s Union, which replaced a free-but-cluttered split-level space at Columbia College the last few years.

Accessibility applied to more than the space itself, however. Exhibitors from as far away as Los Angeles, Seattle, Kansas, New Jersey, and New Orleans, often mentioned the importance of Chicago’s centrality, both geographically and culturally, for DIY culture. Pioneers Press founder Jessie Duke noted that the great thing about CZF is meeting folks you only know virtually through orders or social media. For her, getting to know the people you’re selling to is important in undermining an otherwise mundane economic transaction. 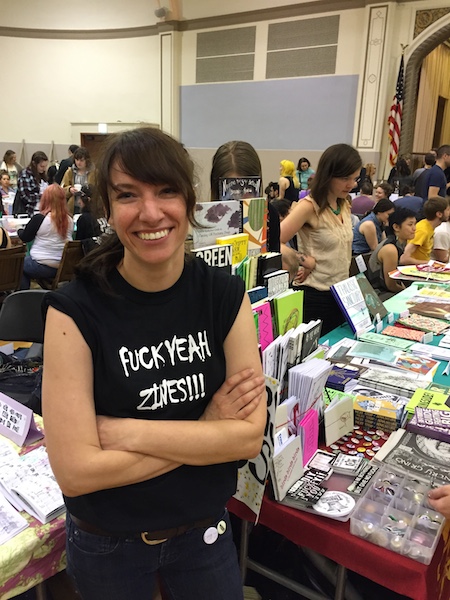 When asked about the vibe of CZF, Portland Zine Symposium organizer Alex Wrekk likened it to “summer camp,” noting that the event is about seeing old friends like Taryn Hipp (pictured), as much as it is about meeting new ones. 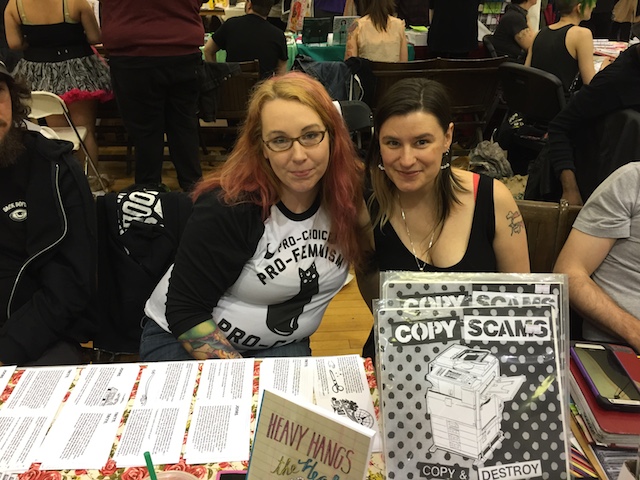 This sentiment was echoed by Brown Recluse Zine Distro owner Nyky Gomez and table-neighbors Mimi Thi Nguyen and Ari Perezdiez, who appreciated the events surrounding the fest — including the readings and panel Friday night and the many after parties Saturday — which allowed them to hang with allies from all over the U.S.

What follows are a few highlights from folks I met during my five hours at the festival:

Rob of Cooking with Friends Comics provides a thumbs-up endorsement of his 10-part series, Acknowledgements, which illustrates famous authors from history struggling with everyday problems. 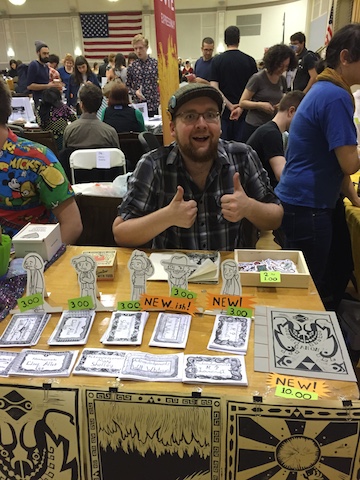 Ethan of Milwaukee’s Lemon O Books poses with his zany Famous Hairdos of Popular Music series, a zine that asks random strangers to fill in faceless drawings of Elvis, Loretta Lynn, or James Brown and mail their postcards for reprint. 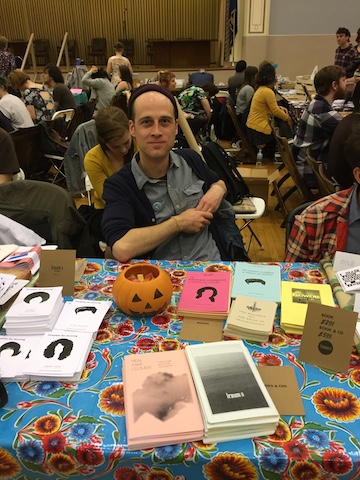 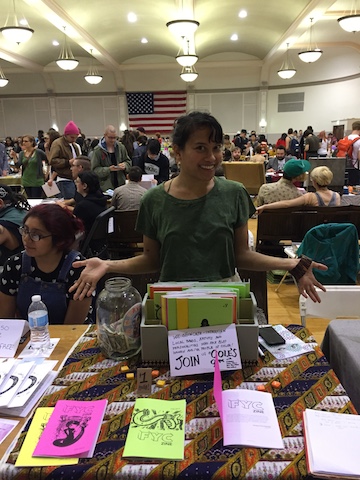 Free high fives were available from Caro, one of the geniuses behind Take Out, a meticulously handwritten zine about the various crises of Midwestern twenty somethings after art school. 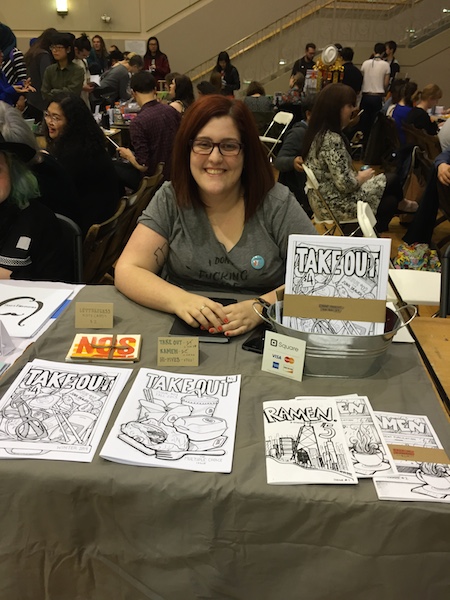 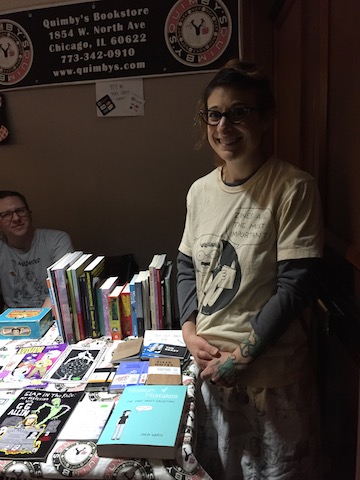 Brian and Mara from the Richmond Zine Fest were on hand to solicit interest in their 9th annual event happening this October in Virginia. 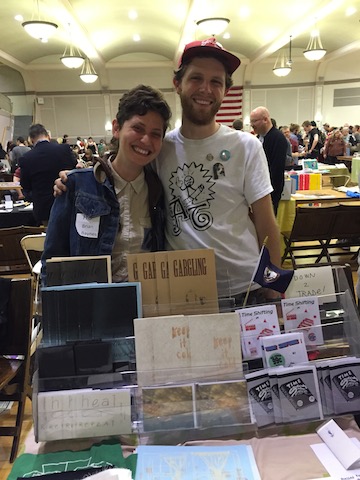 Proud CZF organizers Allison, Julie, and Heather gather at the merch table as patrons shuffle in and out of the exhibitor’s hall. 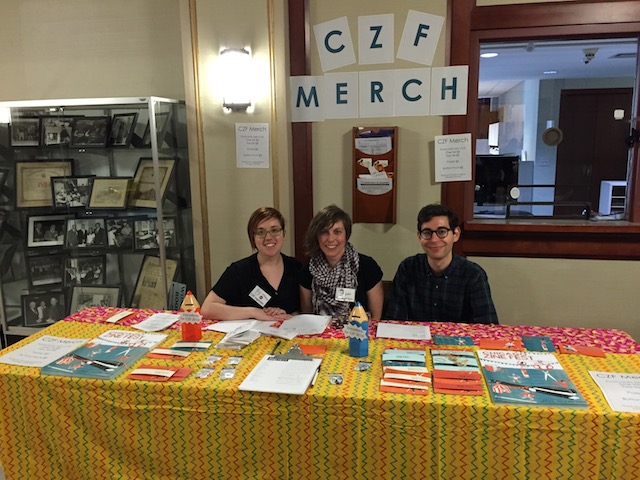 Jason Luther is the co-founder of the festival Syracuse in Print and a doctoral student at Syracuse University. His dissertation examines Broken Pencil’s history to understand shifts in DIY culture since the popularization of the Web. He blogs at taxomania.org.