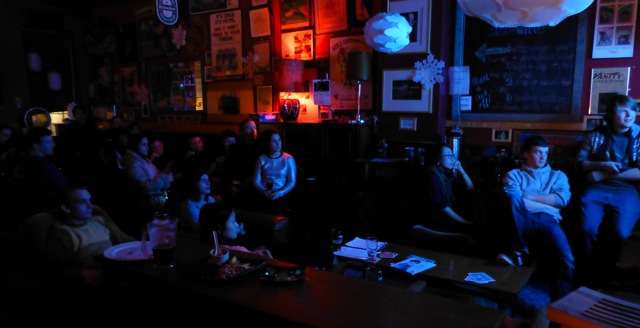 Over the weekend, we braved the snowstorm along with a contingent of local artists, filmmakers, producers and cinephiles and traveled to Betty’s on King Street in Toronto for the 2nd annual King Street Alternative Film and Video Festival. The festival (sponsored by Broken Pencil) was founded and presented by Matthew Rooney and Paul Mugford, who were inspired by director Todd Philips (The Hangover, Old School)  when they learned he founded the New York Underground Film Festival when he was only a bit older than they were. Rooney – who is a painter, short filmmaker and cartoonist –  says the pair originally began the festival to showcase their own work. “I found a vast ocean of wonderful video art pieces and short films,” he says. “I’ve kept it going to show people these wonderful things.”

Overall it was a great event and a really fun time, full of strange, hilarious, beautiful and sometimes astonishingly creative works by established and emerging filmmakers and artists. Kudos to Rooney and all the participating filmmakers. We encourage you to keep up to date on the fest’s happenings – check out the website or follow them on Facebook. The festival accepts submissions all year long – why not submit your own work? 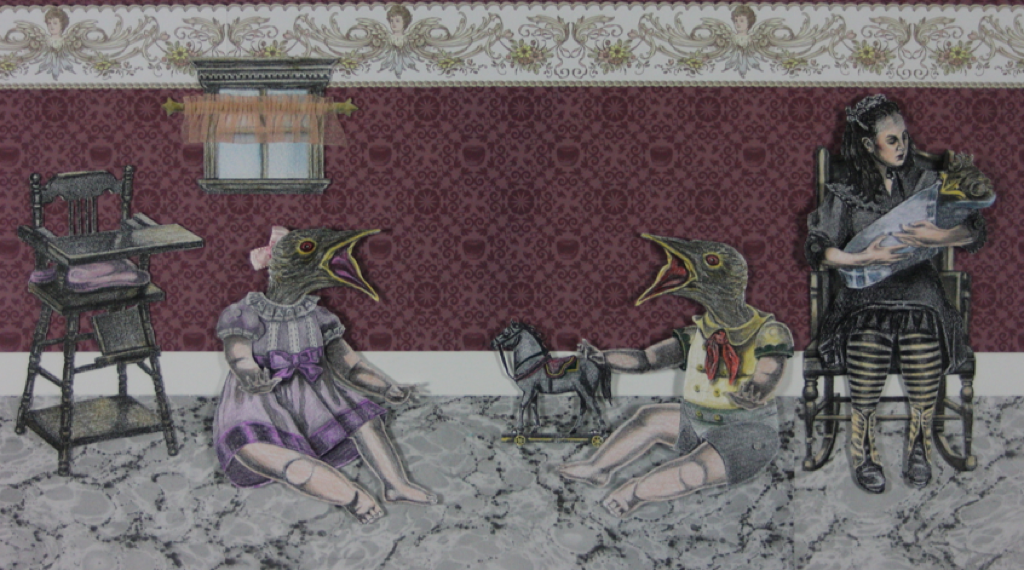 Both Friday and Saturday night’s programs featured the inaugural Intertoto video art contest, with a collection of short pieces shown onscreen during intermissions. These beautiful and often mesmerizing creations came from local artists, and also included submissions from Saskatoon, Ottawa and Ireland. The winners from this portion were recognized in a three-way draw:

-“When I Was 20” by Miles Forrester (Toronto)
-“Bury Me Under the Juniper Tree” by Lucy McKenna (Durlin, Ireland)
-“Ecoleidoscope” by Britt Wray (Toronto)

You can watch “Bury Me Under the Juniper Tree” below.

The short film program included a three-part series about the trials and tribulations of a hapless waiter (Table 12 by Toronto actor/filmmaker Anthony Cortese) a film about a drifter hired to manufacture poison with violent (and impressively tentacled) consequences (Rootwork, by Dan Sacco of Toronto) and the charming Steps Apart, featuring a dance piece on a stoop by Toronto’s Candice Irwin. 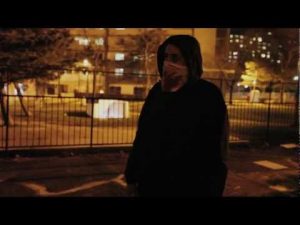 Here’s the winners and audience favorites from Night One.

Our personal favorite piece Domestikia is a beautiful bit of animation about a weird nursery:


As you may glean from its title, Gotta Poo chronicles a disgusting and hysterical situation, and somehow culminates in romance. 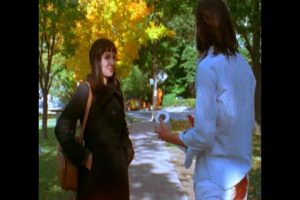 Programer’s Picks: Rootwork by Daniel Sacco for its use of practical and make-up effects;
Festival of Light  by Dan Browne for its camera work and music.

Other films in the programme: “Spies or Old Spy New Spy”  by PJ Wilson and Winston Spear, “This Is Now” by Kirsten Johnson, “Steps Apart” by Candice Irwin, “Footprints” by Brian Longfield and Charla Ramsey and “Deal With It” by Kevin MacDonald and Winston Spear. 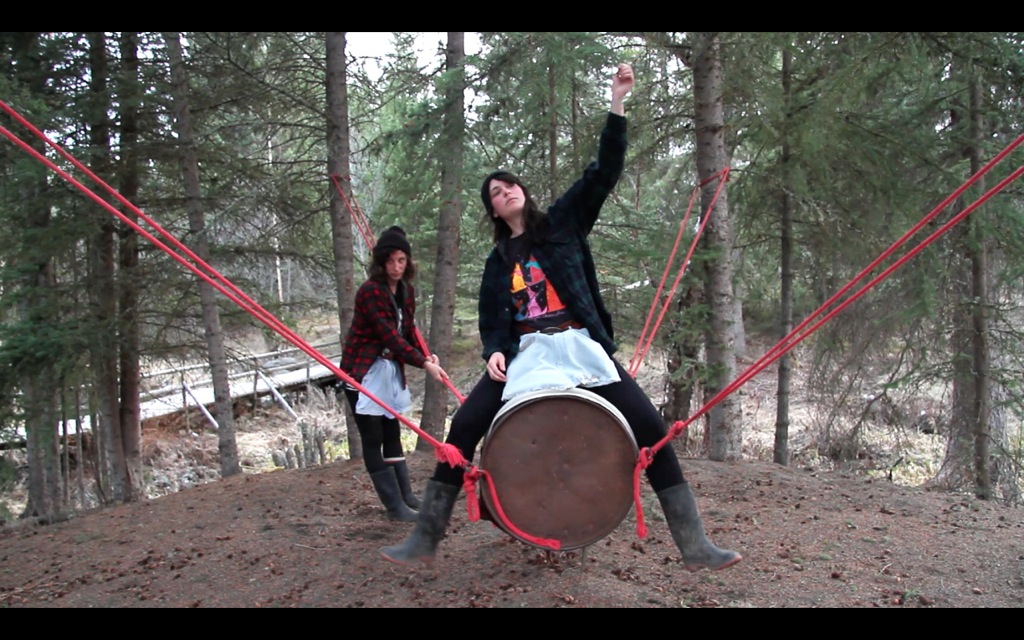 People’s Choice: “The Hobo and the Clown” by Hamilton’s Kyle Hytonen. A failed clown lives his last days in the company of a new friend. 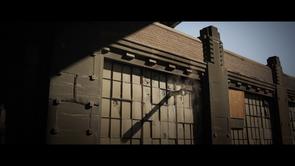 Programer’s Picks: “Viviparus” by Matt Kypa – a study of snails and language – for being informative and funny;
“The Golden Wedding” by Toby Pikelin, in which two friends unknowingly transport themselves to another reality with a lot of denim. It was chosen for bringing a happy vibe!

The evening also featured Rooney’s own video, What’s Happening? Remixed with that weirdly hot scene in “The Night Porter”.

Other films included:”While She Sleeps” by Michelina Willamson, “Le Secret du Bonheur“ by Val Klassen, “Salty” by Sarah Burwash, “Gratitude“ by Dawn George, “a reference with no refernent [excerpt]” by Sydney Southam feat. Leo Cohen, “A Visit to the Cree Nation of Chisasibi” by Brent Doerner, “4L4M4NTS” by Adrienne Marcus Raja, “The Collection” by Cathleen MacDonald and “Cool Guys” by Astron-6.

Secret Video: “Love of the Gun Trailer” by Tom Rooney