Sappyfest, one of the quirkiest and most relaxed music festivals running, celebrated its seventh year this past August long weekend (August 3 – 5). A little known fact about Sappy is that in addition to being a haven for top-shelf Canadian indie music performances, collaborations and art events, it also specializes in unexpected interludes, like punk rock backyard performances and the late-night roasting of artisanal weenies by none other than Hamilton’s leading songman B.A. Johnston.  In addition to the killer music (every line-up seemingly better than the last), the Sappyfest Zine Fair showcases zine-masters, publishers, producers, and print-makers with work as unique and inspiring as the context it was created within.  Hosted by the Anchor Archive Zine Library, the annual event held at the RC Legion Branch #26 has become a Sappy staple alongside Mel’s Tea Room, The Vogue Cinema, Picaroons, hot-as-fuck churches and in the last few years, City Mail.

Paige Littlefair and Alison Creba brought City Mail to Sappyfest, providing stationary for letters to friends and favourite bands (ahem, Shotgun Jimmie) and then posts the names of recipients on recipe cards for pick-up in the middle of town. The finest for love notes, City Mail savours the written, hand-crafted word much like Halifax’s Periodical Project.

Since last fall, Chris Foster and Natalie Slater have been curating a quarterly black-and-white of emerging artists and writers on broadsheet. “The quality of vendors is amazing this year,” they say. 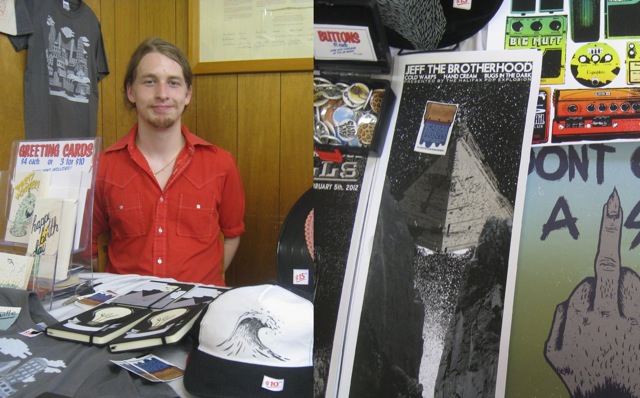 After enrolling in screen-printing workshops with poster kings Yorodeo, Alex MacAskill started Fish Bone Prints. Specializing in band merch and show signs, he is inspired by “old ephemera. I have an appreciation for history.”
One word that means ‘zine’? “Raw. It’s honest and personal.” 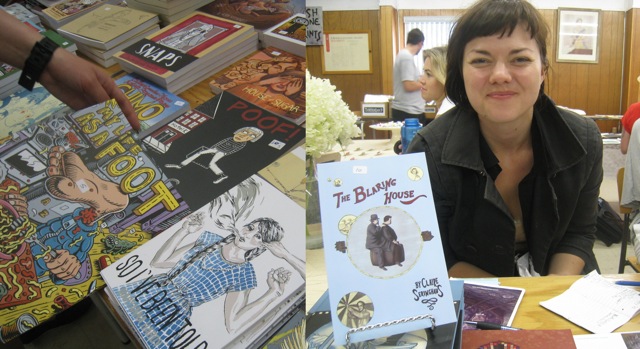 15 years in Montreal was enough for Andy Brown. He moved Conundrum Press to Wolfville three years ago, welcomed by the vibrant small-print industry in Nova Scotia. Publishing fiction, graphic novels, and colourful visual texts, Conundrum was celebrating a recent collection of pencil-etch surreal-surprise single-panels titled The Blaring House by Clare Seringhaus (pictured above).

One word that means ‘zine’? “Personal expression,” Brown says, “I look for original voices and new visions. I can’t publish zines so I collect zines and make books out of them.”

“I started going bald so I made a zine to deal with it,” says Halifax-based graphic designer Jonathan Rotsztain. “It helped me come to terms with getting older.” His most popular, You Are A Superhero: A Self-Esteem Zine, lists all the reasons you should love yourself.

One word that means ‘zine’? “Freedom. It’s cheesy, I know, but you can do anything. It’s a perfect voice.” 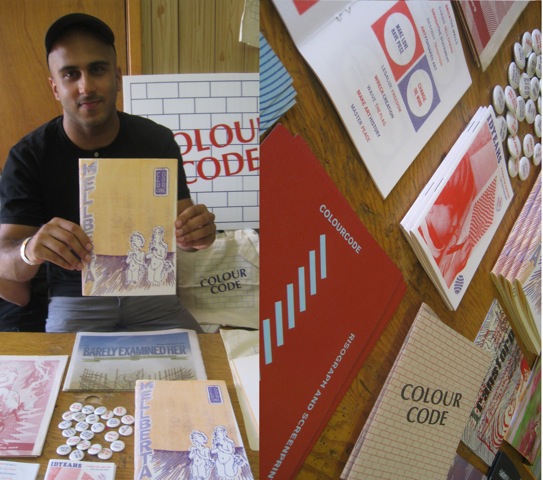 Jesjit Gill of Colour Code Printing made his first trip east of Montreal and had a great time at Sappy Fest, catching bands like Yamantaka//Sonic Titan and Oneida.

One word that means ‘zine’? “Democratic.” 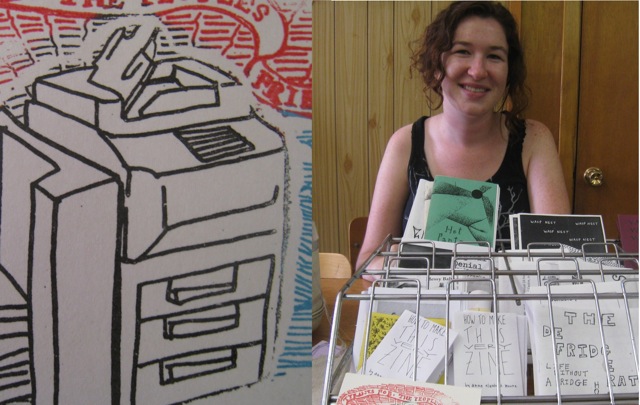 After a tumultuous time securing its future, The Roberts Street Social Centre – home of the Anchor Archive Zine Library – will remain in its little red house in Halifax’s north end for another year. Sarah Evans (Zine Fair organizer) and zine librarian Madeline Driscoll (pictured) keep the DIY-zine headquaters afloat, stocking the distro, the toner, and over 4,000 zines in the library. As an alternative non-profit collective, the Archive is committed to preserving zines while promoting and procuring zine culture through an open-door policy, a summer artist-in-residence program and open workshops. 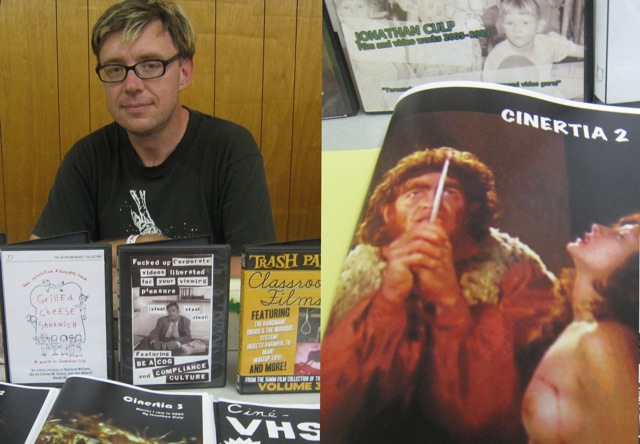 Jonathan Culp of Toronto’s Satan Macnuggit has been using zine-collage in the visual/aural world of VHS for twenty years. Avoiding cabin fever from a year-long illness, Culp began reviewing movies he watched in zine-form before creating cinematic retrospectives. This year marked Culp’s first Sappy as both a zinester and a musician, playing in the band Tomboyfriend.

One word that means ‘zine’? “I need three: intimate mass communication. My zines reflect where I am.”

Brand-new Sackville zinester Photomill loved reading zines before she realized, “Hey, I can do this, too!” Interested in calligraphy and vocabulary, 21 is a regional collection of things she loves about Sackville: birds, marshes, ice cream, summer. Those are all the things I love about Sackville, too.

One word that means ‘zine’? “Agency. It’s powerful, it gets your work into people’s hands, it’s amazing.”

The plus-thirty afternoon heat in the wood-panelled Legion was soaked in creative energy. As hot as a ball sack, sure, but just as generative: ideas and emotions gushed in greyscale and colour, with all the sentiment of performance and passion for self-expression. For lack of a better word – and since there’s no other word for it – it was sappy.