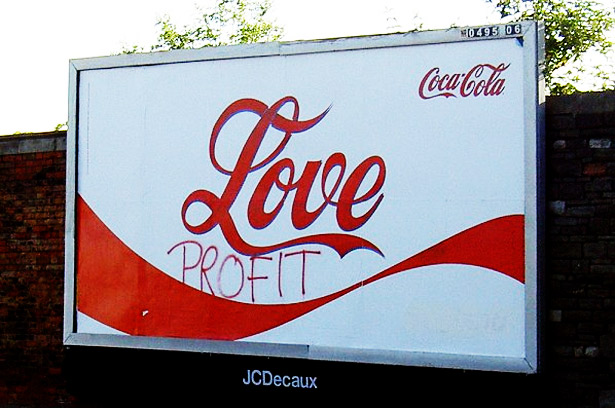 As we continue rolling into the digital age, we often hear proclamations concerning the death of printed matter and the evolution of books into e-books. Epilogue is a great boost of nostalgia mixed with passion for printed matter and the future of print as seen through the eyes of various Toronto-based bookworms of all stripes. (Plus, it’s really pretty.)

In the same vein, American Libraries Magazine has presented a new article titled “Navigating the E-Book Revolution” that explores the utility of e-books from four distinct perspectives: a reader, a writer, an independent bookseller and an independent publisher. This is a eloquent and highly comprehensive piece  replete with recommendations at the end.

Culture jamming used to be found on the streets and in ephemeral mediums such as billboard ads, walls, bulletins and other printed matter, but as more corporations start moving their presence online and through the data-filled worlds of the Internet, this article on the New Culture Jamming asks what happens when the activists use those tactics against the big wigs. Interesting idea.

Finally, here’s a hilarious and thought-provoking piece from the Believer about the Underground Literary Alliance – a group of writers, zine-makers and other literary agitators who seek to expose, infiltrate and destroy the book-publishing industry, which they describe as mired in corruption, nepotism, fakery and insincerity. Author Tom Bissell unpacks the Alliance’s ethos, flaws (and there are many flaws) while also examining the truth and genuine issues behind their ire. For such a funny piece, it also exhibits surprising compassion. A particularly delightful excerpt is below.

“Of the many words and phrases hip-hop culture has injected into the lexical bloodstream of America, few equal the brilliant definitional succinctness of “player hater.” There is something almost German about how perfectly the phrase captures a complex phenomenon that has existed so namelessly for so long. Player hating is not the same thing as jealousy, exactly, though jealousy obviously forms a keystone of the average player hater’s emotional architecture. Player hating is less rational—not to mention less melancholy—than jealousy. This is not Shakespeare’s “green-eyed monster” but a merciless, fire-breathing Godzilla. And the ULA takes player hating to a plane of Iagoan proportions. They are player haters who hate so purely and reflexively that they have run through all the players. Thus they constantly elevate non-players to player status, just so they can hate them, too.”