Reece Steinberg was living in the sticks of the sticks when he wrote this piece for rural punk zine The Country Grind. Now a PhD candidate in Toronto, he agreed to let us adapt his list of instructive woes for anyone bold or broke enough to be roughing it this year.  [/column] 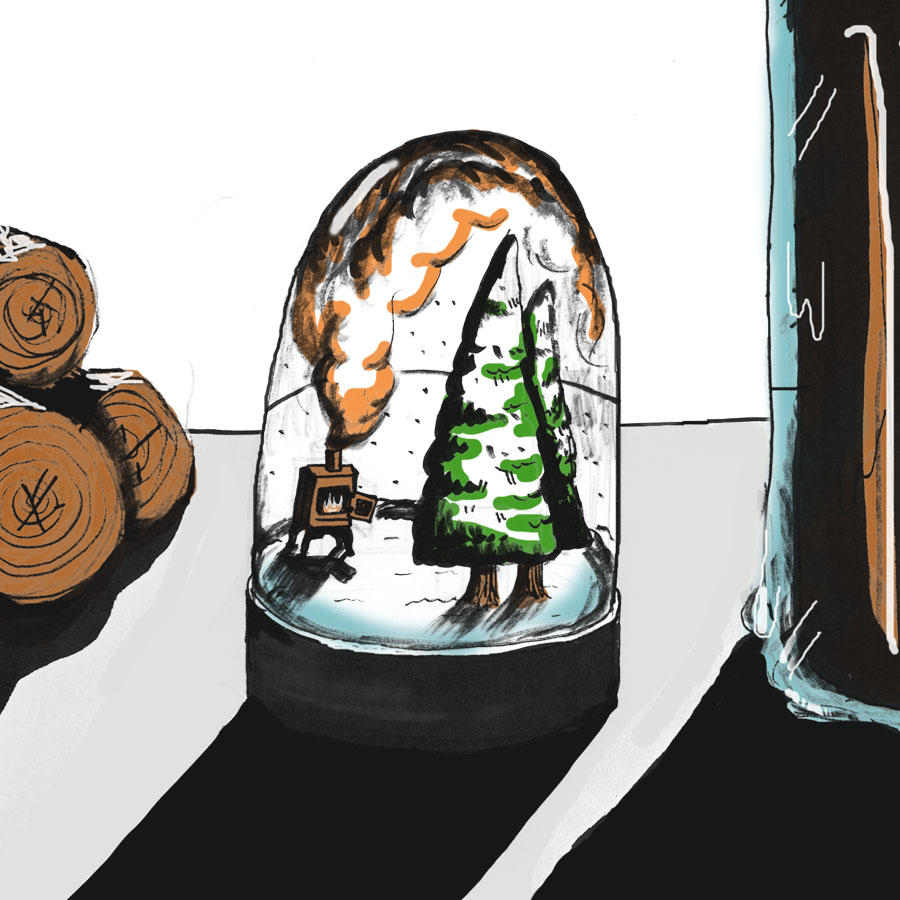 1. USE A LEAKY WOODSTOVE

We dumpstered a woodstove a few years back and used it for a few autumns and early winters with no problems. I patched a crack in the seam with woodstove cement, but despite repeated patch jobs and its earlier decent performance, the wood stove was barely functional by mid-winter this time around. The tiny crack grew until the side of the stove was near falling off. It was a huge fire hazard. Everything in the cabin was sooty, but it still wasn’t that warm.

2. GET LOW QUALITY WOOD AND NOT ENOUGH OF IT

I thought I had enough wood — three cords, more than anyone said I would need. But it was the coldest and longest winter in decades. Two of the cords weren’t properly seasoned and again, the woodstove was in awful shape. So for frigid February and March, we had to cut and burn some trees from our land. This worked okay, since it was before the sap started running. Still, it is not ideal to be low on wood and have no idea when winter will end. Worse, there was a wood shortage around where we were living. The best solution seems to be keeping several years of wood at once, so you always have a reserve, no matter the winter or local wood levels.

I haul water, so I didn’t have to think about pipes bursting and such. As a result I was caught off-guard one morning when I couldn’t get water out of my blue plastic jug (the kind with a tap that people bring camping). The tap was frozen shut and the lid was frozen on. The plastic couldn’t go too close to the stove, so it took forever to melt. After that, I filled a kettle at night, which would liquify way faster over heat. Hot cocoa with honey is definitely the best when you’re trying to get that morning fire going.

The woodstove isn’t great for cooking, so I depend on my tiny propane stove. When I went to take out the canister for a refill, I realized that, despite putting it on a pallet under the porch, mud and water had frozen around it. I borrowed a canister from friends, which also promptly froze to the ground, but at least I had filled it first. It took two months for my canister to thaw enough to pull out. So, I would plan for better canister spots, but also to keep food in the house that doesn’t require much or any cooking. I had a hungry couple of days there, because there wasn’t much quick or ready to eat food in the house. Things like couscous, pasta, rolled oats, and (pre-soaked) red lentils can cook quickly, even on a shitty stove. There are a lot of things that last well in a cupboard and cook quickly. Figure out what you eat that you can keep around. Crackers and peanut butter for me!