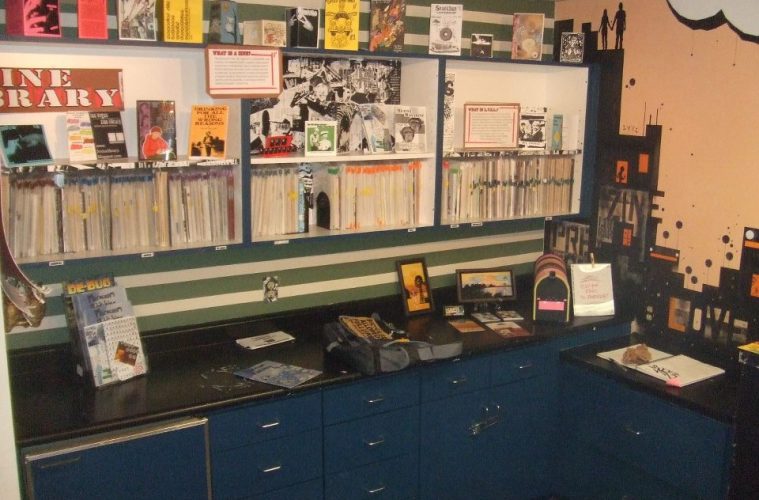 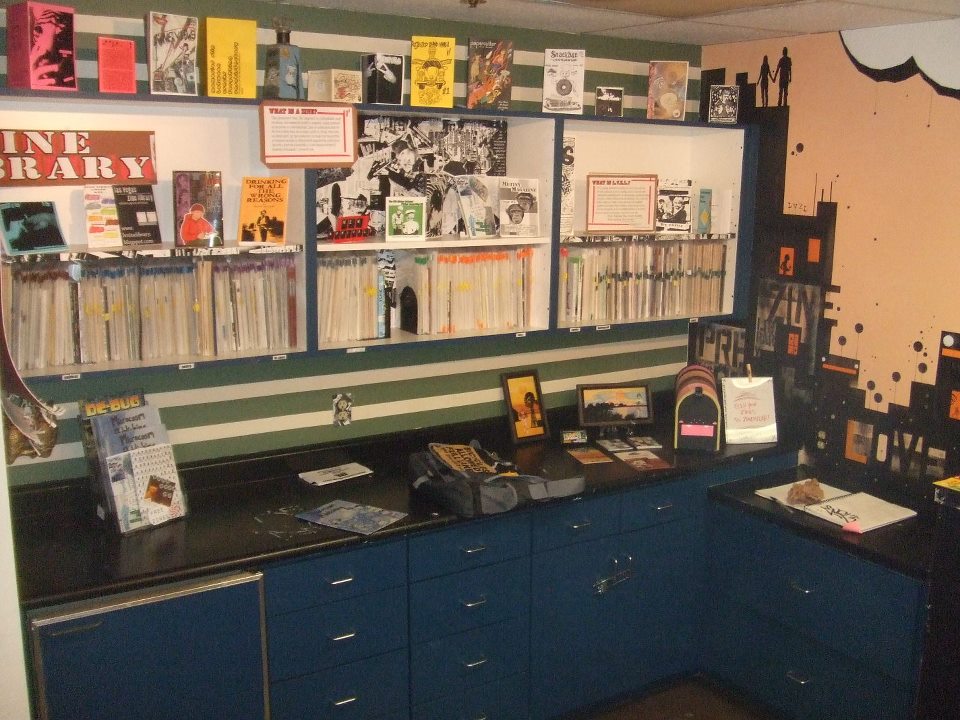 Verbicide Magazine‘s co-publisher, Jackson Ellis, spoke with the founder and curator of the Las Vegas Zine Library for Broken Pencil. Here, Jeff Grindley explains how the library got up and running and how zines are impacting Las Vegas.

Jackson Ellis: When did you found the Las Vegas Zine Library, and how did you initially curate it? Did you tap into your own collection, or did you put out a call for donations?

Jeff Grindley: July 2010. I had been sitting on the idea for a while when the Emergency Arts space opened downtown. My girlfriend Stevie prodded me out of complacency, and I started to assemble what zines I had collected over the years. I bought about 120 zines through Microcosm, started contacting other libraries for advice, listed the library as “open for donations,” and things started to grow.

JE: The Las Vegas Zine Library has an ideal location in the Emergency Arts Building, adjacent to the The Beat Coffeehouse. How did you come to acquire such a great spot? Were you among the initial tenants?

JG: I was amongst the first tenants. Emergency Arts opened in May 2010, and I was in there soon after. The initial spot was a few shelves in The Beat Coffeehouse, but by November they were filled. A common area in EA had empty shelf space, so I was offered it to help accommodate an expansion.

Locals have all come out of the woodwork and donated from their collections, so we have a nice chunk of local zine history. Being so close to the Strip also makes it easy for visitors to find. I get notes from people once in a while saying, “Hi from New Zealand,” or wherever. It blows my mind!

JE: What is your favorite zine in the collection at the zine library?

JG: The one that I tell people about the most would have to be the Kurt Cobain Was Lactose Intolerant Conspiracy Zine. Hilarious.

JE: What do you think of the current “zine scene” in Las Vegas?

JG: Well, the “zine scene” in Vegas is tiny. New zines pop up here and there, but nothing is very consistent. I’ve held some workshops and have been in contact with teachers who have their students make zines in class, so it’s encouraging.

I think Las Vegas’s sense of community has been sparked. We’re figuring out who we are as a community and, most importantly, who we want to be. There are a lot of hardworking people trying to make Las Vegas feel more like home, and they’re succeeding. I’m so thankful to be here at this time in local history and hopefully exposing zines to a whole new generation!