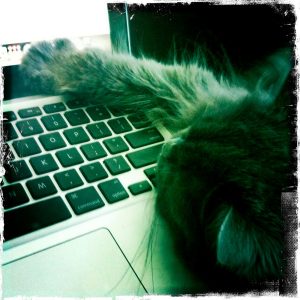 Over the past month we’ve been putting together a group of people to help us with future story planning and organization for Broken Pencil. The purpose of the board is to make sure that we’re reaching out to and covering different indie arts communities across the country, so we chose a diverse group of people to help us with that. Everyone we asked said yes, so we are both honoured and excited to bring this team on board.

Jessica Lewis spends a lot of time communicating. After going to school for journalism and spending many years interviewing bands and reviewing their music, she now works in communications at the University of Toronto and is fully immersed in her love of zines. She helped found and is editor of Static Zine, a DIY magazine that has 30+ contributors interpreting a different theme, three times a year. She has published issues of perzines pocket knife and The Pressure to be Happy and will be working on some more zine projects in the future. She also volunteers at the Toronto Zine Library.

Laina Dawes is the author of What Are You Doing Here? A Black Woman’s Life and Liberation in Heavy Metal (Bazillion Points Books, 2012). A music and cultural critic and concert photographer, her writings and photography can be found in the journal Coon Bidness, the anthology Marooned: The Next Generation of Desert Island Discs (DaCapo, 2007) and various print, online publications and radio programs such as MTV Iggy.com, The Root.com, Deciblog.com, The Wire, Noisecreep.com, Bitchmagazine, NPR, the Toronto Star, Exclaim! Invisible Oranges.com, CBC Radio, and Metal Edge magazine. She also runs the blog Writing is Fighting and is a contributing editor for Blogher.com’s Race & Ethnicity section.

Christopher Butcher is the co-founder and director of The Toronto Comic Arts Festival, and an infrequent writer on comics and queer issues for various outlets, including his own comics212.net. He is also the store manager for comics retailing institution The Beguiling Books & Art, and marketing director for Canadian “Japanese Pop Culture” publisher UDON Entertainment.

Maggie MacDonald is an artist, playwright, and campaigner. Her most recent theatre project, Young Drones, created with Stephanie Markowitz and Toronto band The Bicycles, was staged at the 2013 Summerworks Festival. In 2012, her musical Paper Laced with Gold, written with Stevie Jackson, was workshopped as part of a Harbourfront Centre HATCH Residency. MacDonald’s writing has appeared in the Globe and Mail, Broken Pencil, THIS Magazine, and Shameless, and her first novel Kill the Robot was published in 2005. She is an alumnus of the 2012 Governor General’s Canadian Leadership Conference, during which she performed one of her songs for Governor General David Johnston. Currently, MacDonald works at an environmental NGO, and is a collaborator of the San Diego-based Green Neuroscience Laboratory.

Kevin Spenst has had poetry published in Canada, the United States, the UK, Austria and India. His poetry has been shortlisted for the Robert Kroetsch Award for Innovative Poetry and his manuscript, Ignite, has come in as a finalist for the Alfred G. Baily Prize. In the fall of 2013, a chapbook of poems, Pray Goodbye, will be published through The Alfred Gustav Press, another chapbook, Retractable, will be coming out through the serif of nottingham and a third, What the Frag Meant, will be available through 100 tetes press. In 2014 he is going to do a 100-venue reading tour across Canada in support of small presses. 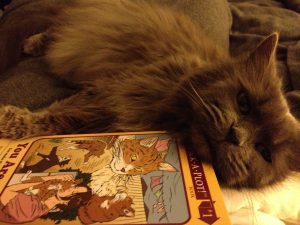 Sherwin Sullivan Tjia is a Montreal-based writer & illustrator who has written eight books. The World is a Heartbreaker, a collection of 1600 pseudohaikus, was a finalist for the Quebec Writer’s Federation’s A.M. Klein Poetry Award. The Hipless Boy, a collection of short, interconnected stories told in graphic novel form, was a finalist for the Doug Wright Award in the Best Emerging Talent category, & also nominated for four Ignatz Awards. His latest is a Choose-Your-Own-Adventure style book from the POV of a cat entitled, You Are a Cat! now in its third printing. His invention, The E-Z-Purr: The Virtual Cat! (an album with over an hour of cats purring) is available on the iTunes music store. In his spare time, he organizes Slowdance Nights, Love Letter Reading Open Mics, Crowd Karaoke singalongs, & Strip Spelling Bees in and around Montreal & Toronto as Chat Perdu Productions.