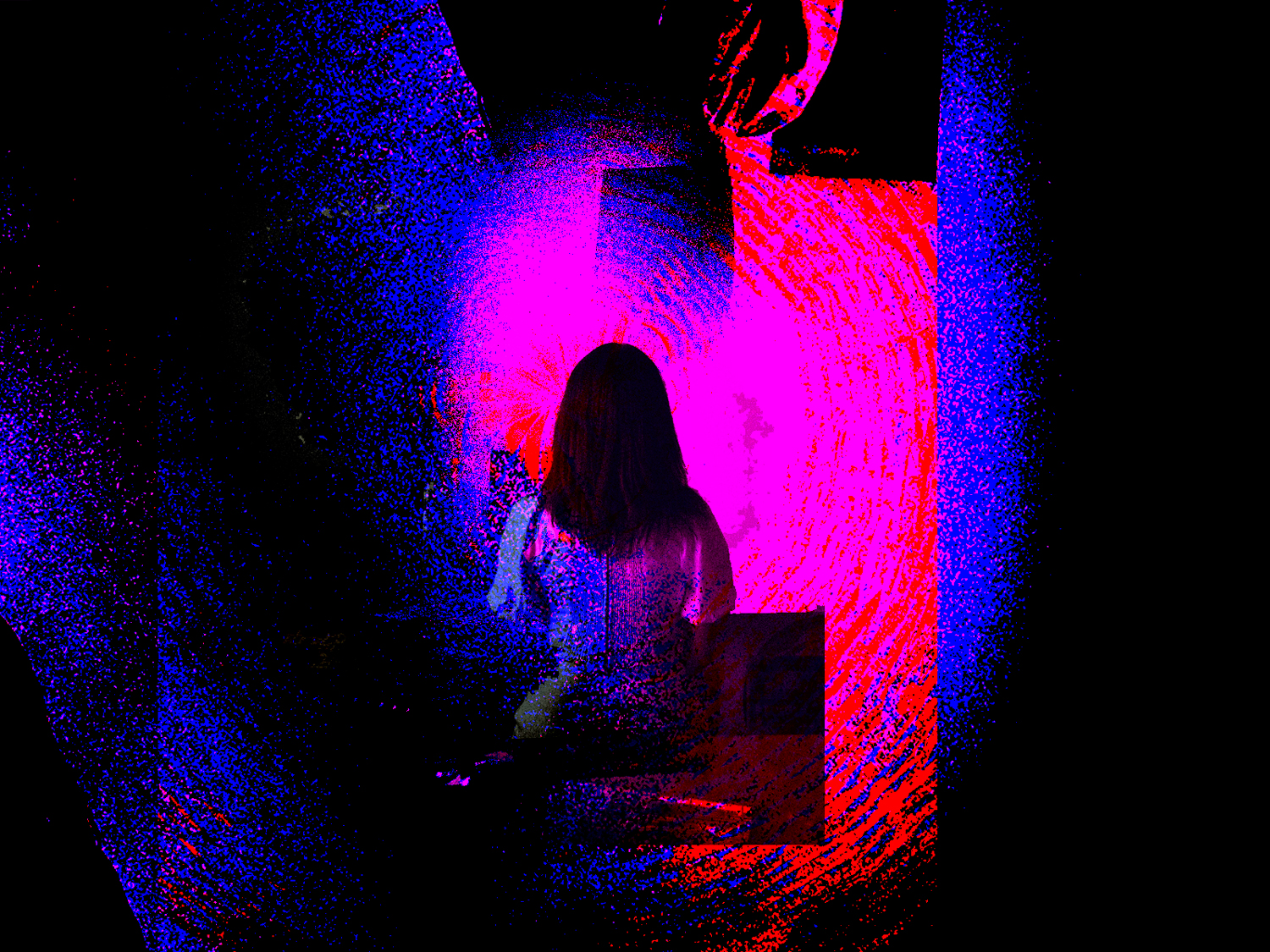 The words coming out of my mouth don’t remotely match what I’m feeling. My therapist seems satisfied though, at least as far as I can tell. I mean, she’s nodding in that way she always does, to let me know that she’s paying attention, even though what she’s probably doing is mentally formulating her grocery list. And she hasn’t accused me of avoidance or deflection, or any of those other bullshit terms she likes to toss out when I’m dodging the real things that are bothering me.

I might actually be getting better at this, more skilled at dishing out pat answers to her standardized head-shrinking questions. God knows I’m getting enough practice. And if I’m stuck, I can always run down the clock by tossing out a few accolades. You know, start saying how her hard work and expertise is making such a huge difference in my life. And all those self-help books she’s constantly recommending? So enlightening. Massaging someone’s ego is such an effective way to sidetrack a conversation. People almost always take the bait.

Seriously, is she really asking me—again—if I’ve gotten around to reading any of the letters my father sent? Yes, Doc, I understand that you believe there’s some magic key hidden in those written words that’s going to unlock my ability to have healthy relationships with men, and that reading them isn’t an obligation to answer them. But maybe I’m just not interested in whatever the fuck that asshole has to say anymore. Maybe his time to apologize has passed. But as long as he keeps depositing those checks into my bank account, we’re good. I tell her it’s on my list of priorities, but that I’ve been emotionally overwhelmed trying to process all the things I’m uncovering in my 12-step group, which of course I’m not, but I give myself a nod for using all the right buzzwords.

I cannot believe this is doing any good, sitting in this sunken upholstered chair that’s probably cradled the buttocks of a thousand other dejected nut-bags, surrounded by some god-awful Bohemian decor. What message is that supposed to be sending? Shed your conventional self! Get in touch with your creative side! What I’d really like to do is have my foot get in touch with that tacky leather ball ottoman and kick it so fucking hard it knocks down all those cheap-ass macramé wall hangings.

This is such crap. I know I’m supposed to be trying to understand the part of me that keeps making bad choices—and I want to, I really do—but I just don’t get how dragging up my past week after week after week after week is going to fix it. I mean, I’m the victim here. I’m the one always getting used by men because it’s easier than not getting used. You know, so you don’t have to be called a cock-tease, or a hundred other names reserved for women who don’t put out. The world is chock-full of opportunistic shitbags, and just because they all seem to find me, I’m the one who has to sit through this boring-ass therapy? I’ll bet none of the users are doing this.

You know what would really help? If I could learn to be more like them, more like all the assholes who treat people however the fuck they want, and do so with absolutely no remorse. That’s what this therapist should be doing: teaching me how to care less, instead of encouraging me to feel more. What I need to do is stop giving a shit about what everybody thinks of me and start saying and doing whatever the fuck I want, purely on impulse. If I could just learn to do that, I’d probably be fine. But no, I’m always deferring, always accommodating, always doing what everyone else wants to do, because heaven forbid somebody doesn’t like me. God, it makes me so fucking sick, but for some stupid reason I can’t seem to stop.

It’s so totally ingrained in me at this point—not mattering, not wanting to take up any space—that I don’t even think I can change. No matter how far back I look, no matter what phase of my life I conjure up, it’s painful. I hated who I was, I hated the way I acted, I hated the way I felt. I was miserable then, and I’m miserable now, so what’s the fucking point?

Even now, my friends will be hanging out, doing cool things, going to cool clubs, meeting cool people, while I’m off with some loser guy, who they all hate, who I have nothing in common with, who’s only interested in me for the sex, because I had some stupid fucking idea that filling my hole is gonna fill my soul. Mostly the men I wind up with are real quiet types, or ones who don’t speak English at all, which I’m sure I subliminally choose, because if you can’t communicate it’s easier to pretend the guy is whoever you want him to be—until their assholiness begins to shine through. Even without words.

Oh Christ, now she wants to know what I’m doing for me, to manage my stress so I don’t relapse. I tell her I just started a trial membership to a gym (I didn’t) and that I have plans to go to a dinner party tonight with a bunch of sober girlfriends (I don’t), and I’m even able to feign excitement about it. What I need to manage is the fact that being here makes me want to scream—the kind of scream where I open my mouth as wide as a cantaloupe and push the sound out all the way from my feet, so strong it echoes into the universe, until I don’t have a single breath left. But instead, all that comes out is a tiny squeak. Like a rusty hinge. Maybe that’s the problem. All of my anger, resentment, and self-loathing are so big that they can’t fit through my throat. They’re stuck festering in my belly, which probably explains why I always have heartburn.

Maybe my next tattoo should be a big black hole in my throat to let all the screams out. At this point my neck is one of the few places left to ink, because piercings and tattoos have become the new socially acceptable form of self-mutilation. And it does help, somewhat. I do cut myself less often now.

It started small—a little flower on the wrist, a tribal thing around the bicep, a lizard crawling up my forearm—because the razor scars do make it kinda challenging for a tattoo artist. But it becomes addictive, and before long, you’re viewing empty skin as the enemy. Now both arms are totally sleeved, I’ve got a mural on my back, and some smaller pieces on each thigh. What’s ironic is that I wanted all these tats to make me disappear, to help paint me into the landscape so no one would notice me, but they’ve had the opposite effect. People are always staring, especially in the summer. And what’s going to happen when I finally run out of space? Will I actually feel better for having successfully covered myself, like a cat covers a turd?

Oh well, such is the life of a neurotic. The word even sounds like the definition, especially if you say it slowly, like you’re trying to spit a big wad of peanut butter out of your mouth. Nyer-rhah-tick: A human doormat, a habitual people-pleaser, thinking everything is your fault, including things that happened when you weren’t even there. Sure, the medical journals’ definition is a little more clinical, but it’s ultimately the same fucking thing.

I mean, if we’re going to be honest, it’s not one of the sexier diagnoses. Not like ‘sociopath.’ Now there’s a cool word. It kinda sounds like a superhero, doesn’t it? “He’s sociopathic, able to lie, cheat, and use the shit out of you, all while making it seem like he’s doing you a favor.” God, what I wouldn’t do to trade pathologies. How empowering would it be to manipulate people into doing whatever I wanted– to have no regret, no shame. I mean, I don’t even think I’d need the manipulation part. I’d be happy just to live without the shame and regret. Those are the things taking up so much space in my head.

Oh great. The therapist is wrapping it up. I can tell because she always sits forward in her chair to let me know we’re running out of time, in case there’s some pressing issue I absolutely must blurt out in the final minute. Instead, I let out a heavy sigh to give the impression that I’ve really dug deep this time. She nods and recommends yet another book, which she jots on a post-it note that I’ll toss before I even get on the subway. After she signs the slip I need for my probation officer, I tell her I’ll see her next week, and head out the door.

I don’t know. Maybe I do feel a little better. 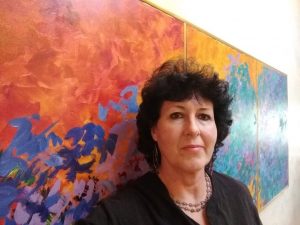 A.D. Metcalfe is a member of the SCBWI, the Arts Foundation of Cape Cod, Grub Street, and sits on the Board of Directors for the Cape Cod Writers Center. In July of 2017, she won first place in Gemini Magazine’s short story contest, and has had other pieces published in Dark Ink Magazine and Déraciné Magazine. Her children’s picture book, “Mousebound” was published under the pen name, Leslie Ann George. The first chapter of her novel, Street, was recently published in Embark Literary Journal.