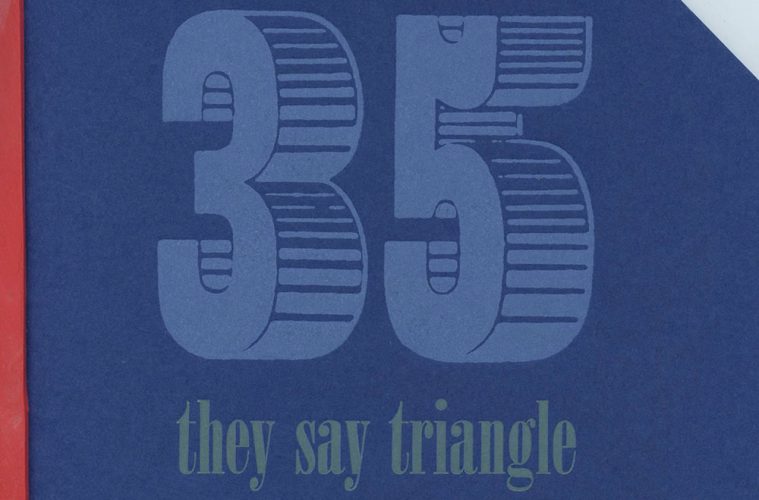 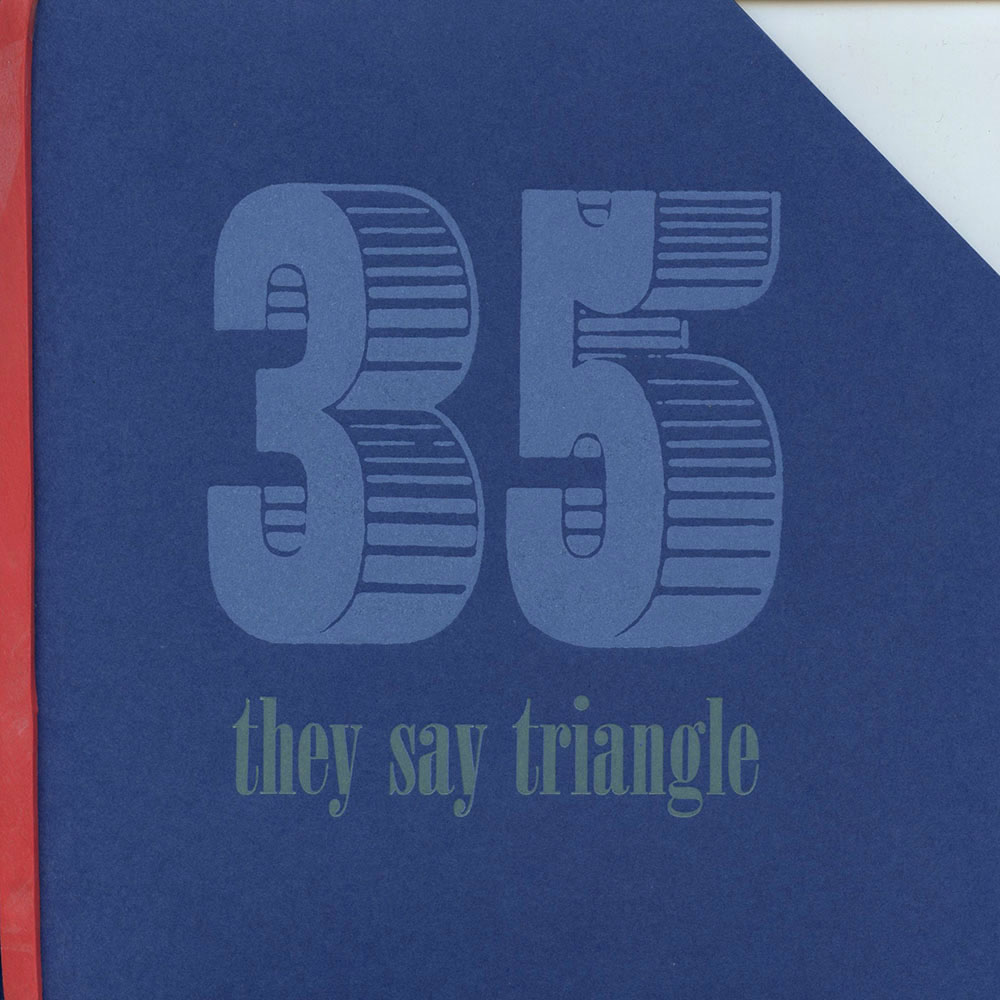 This penultimate issue of Ugly Duckling Presse’s long-running magazine is as much a treat in its physical assembly as it is in the poetry contained. The magazine, which features six authors per issue (but mysteriously measures 7” x 7”) is set on wide-margin cream paper, wrapped in a stylish letterpress-printed blue jacket, and bound with a thick minimal rubber band (courtesy, says the colophon, of Keenan Rubber, Ohio). It is this ingenuity, the product of un-named volunteers and skilled designers, that would keep me purchasing Ugly Duckling publications even if they were filled with blank paper.
Poets Kim Hunter, Anna Gurton-Wachter, Judith Goldman, Bridget Talone, Ted Dodson, & Katy Lederer fill the pages of this edition with a healthy variety and high standard. Kim Hunter’s contributions are among my favourites, lapsing from the blues rhyme-scheme of “they say triangle” (“this is the blues | that shade the sky | made a baby from the dust | of a butterfly | grew house of shadow | and door of song | made flesh walk hot | as the day is long”) into the breathless exhortations of “everything about the river is true” (“the detroit news reported there would be no more reports from | the detroit news | and that all previous reports were fabrications | except for the ones about the river | everything about the river is true | for now”). Her approach is often too ponderous to be called activism, but too polemic to be read as an unassuming lyric. This is poetry with a strong spine, and deserves the title-card it receives on this issue. (Joel W. Vaughan)