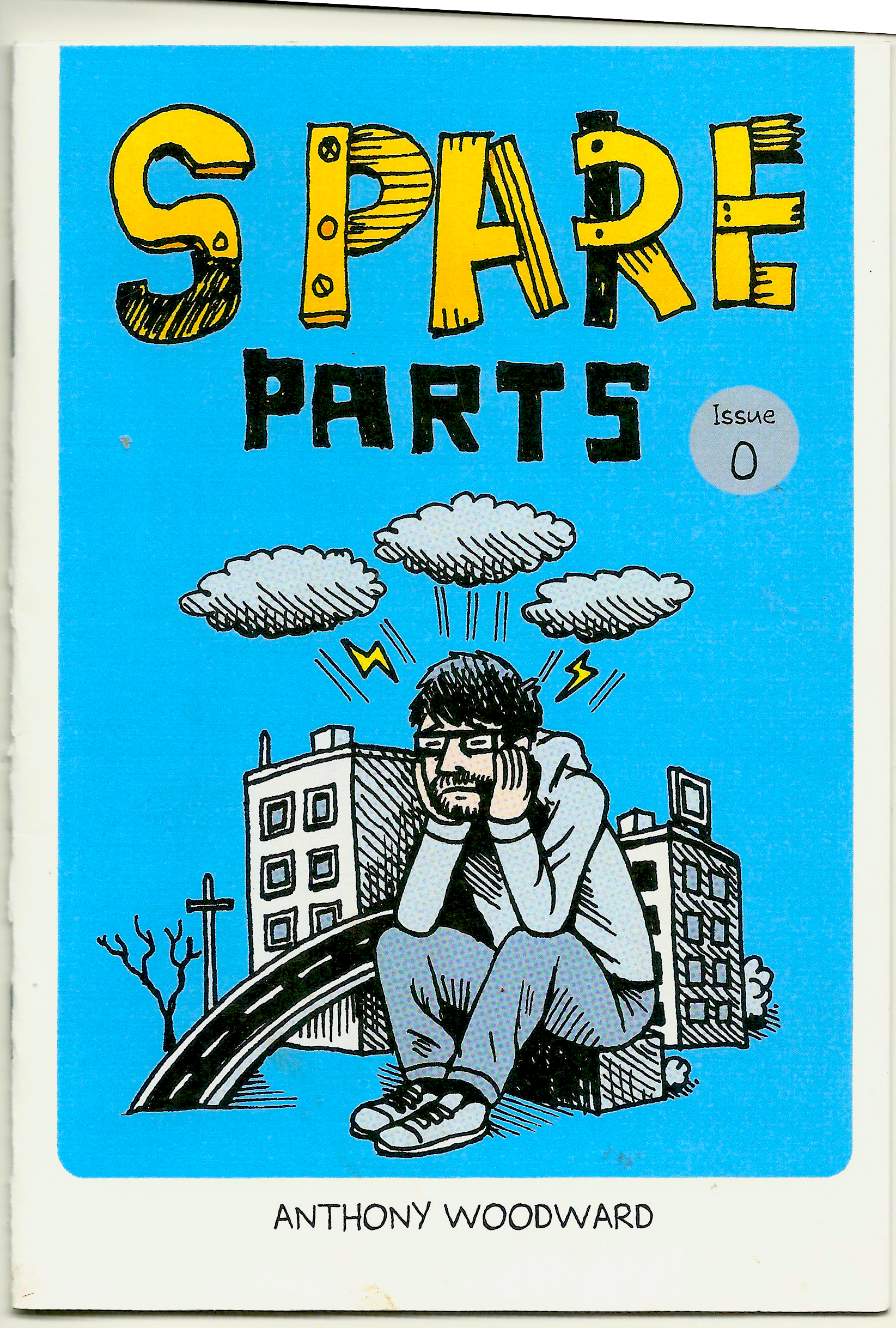 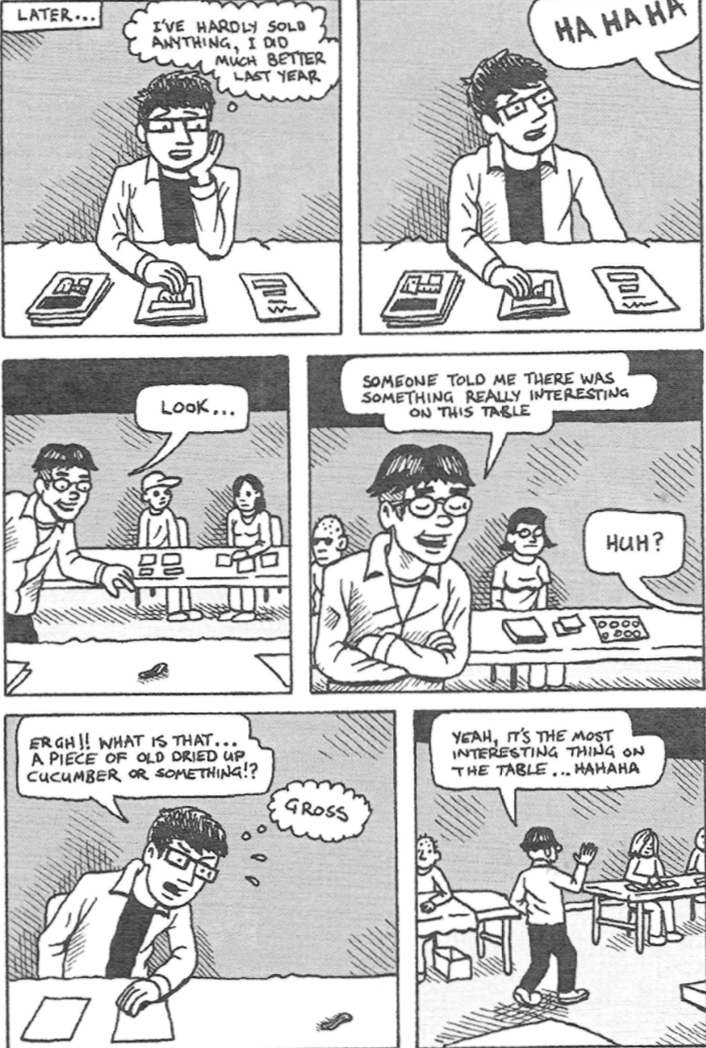 Spare Parts 0 collects various comics produced by Australian expat Anthony Woodward since 2013. Woodward, a public librarian previously living in Brandon, MB, but more recently based in Regina, SK, has published a few of these entries on his blog, his own tiny slice of the busy online comicsphere. But he points out his strong preference for physical formats such as this zine, even for bits and pieces. Web-based reading platforms encourage the habit of moving onto the next thing, he suggests, whereas print, however humble, allows the reader to spend more time with the pages.

The comics in Spare Parts depict various autobiographical anecdotes from the last 10 years. There’s a reflection on a period of drawing funk in 2010, a day spent tabling the Melbourne Zine Fair 2012, a comic where each panel matches a position of the clock’s hands, and a few flash pieces. The six-year span of the short zine demonstrates noticeable growth in Woodward’s artwork. The front of the zine works in slightly blockier, more labourious cartooning, but gives way to a clear style and comfortable line by its end. Woodward’s figures remind me Alec Longstreth’s work, and both artists seem to have grown in similar ways.

Woodward makes quaint, introspective comics: a dream he had, moving anxieties, a psalm of regret for yelling at his kids. It’s enjoyable, personal stuff, if not particularly inspired. What is here works. Woodward is still steadily growing as an artist, sharpening his character designs and refining his use of colour. Woodward notes that he wanted to “clear the decks” with issue zero, giving these works a place to live. From here, I’m eager to see more from an artist patiently, successfully pushing his practice toward maturity.