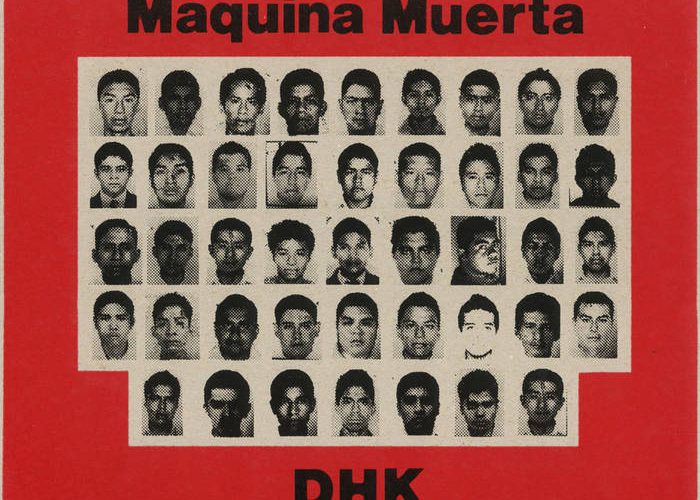 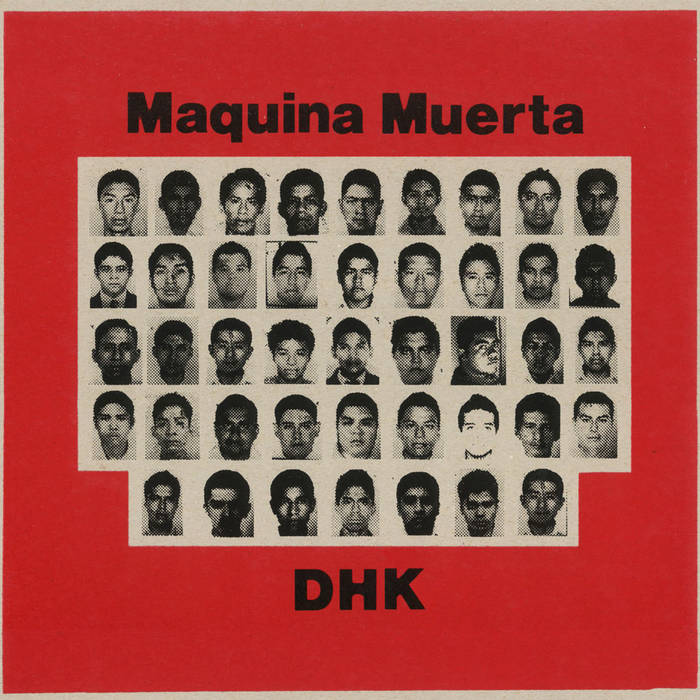 One hot Saturday in late May I was wandering, sweating and drooling my way through FAITH/VOID, Toronto’s newest and greatest DIY punk record shop/show venue. The owner Ryan is always playing amazing punk records from all over the world (most of which I’ve never heard of) and I was particularly into the band I was hearing over the speakers that day: sludgy, relentless riffs, primitive drumming on the cusp of flying off the rails, and a lead vocalist who didn’t sing or scream words as much as primordially howl them into a nameless void of his own imagining.  I was in love.

I found out the band was a split 12″ by Maquina Muerta (or Dead Machine) from Mexico and DHK from Peru. I threw down whatever Motorhead album I was holding (sorry, RIP Lemmy) and bought it pretty much on the spot. This record is intended as a giant fuck you to the corruption and murder orchestrated by Latin American governments, and particularly the police and narco violence that’s tearing Mexico apart right now. As the band writes themselves: “This is not a record of punk. This is a record of extreme hatred against the power….” When I listen to this record, the world expands in a way that is utterly devastating and totally powerful – and I also feel so grateful that bands like this exist to provide an outlet to kids feeling threatened, fearful or trapped.

Anyway, words are failing me – you should listen below! If you like primal hardcore and catharsis via hate, this is your jam! Buy it online here or visit your local record shoppe like FAITH/VOID (they also carry zines and tons of other stuff!) and support their biz! (Alison Lang)