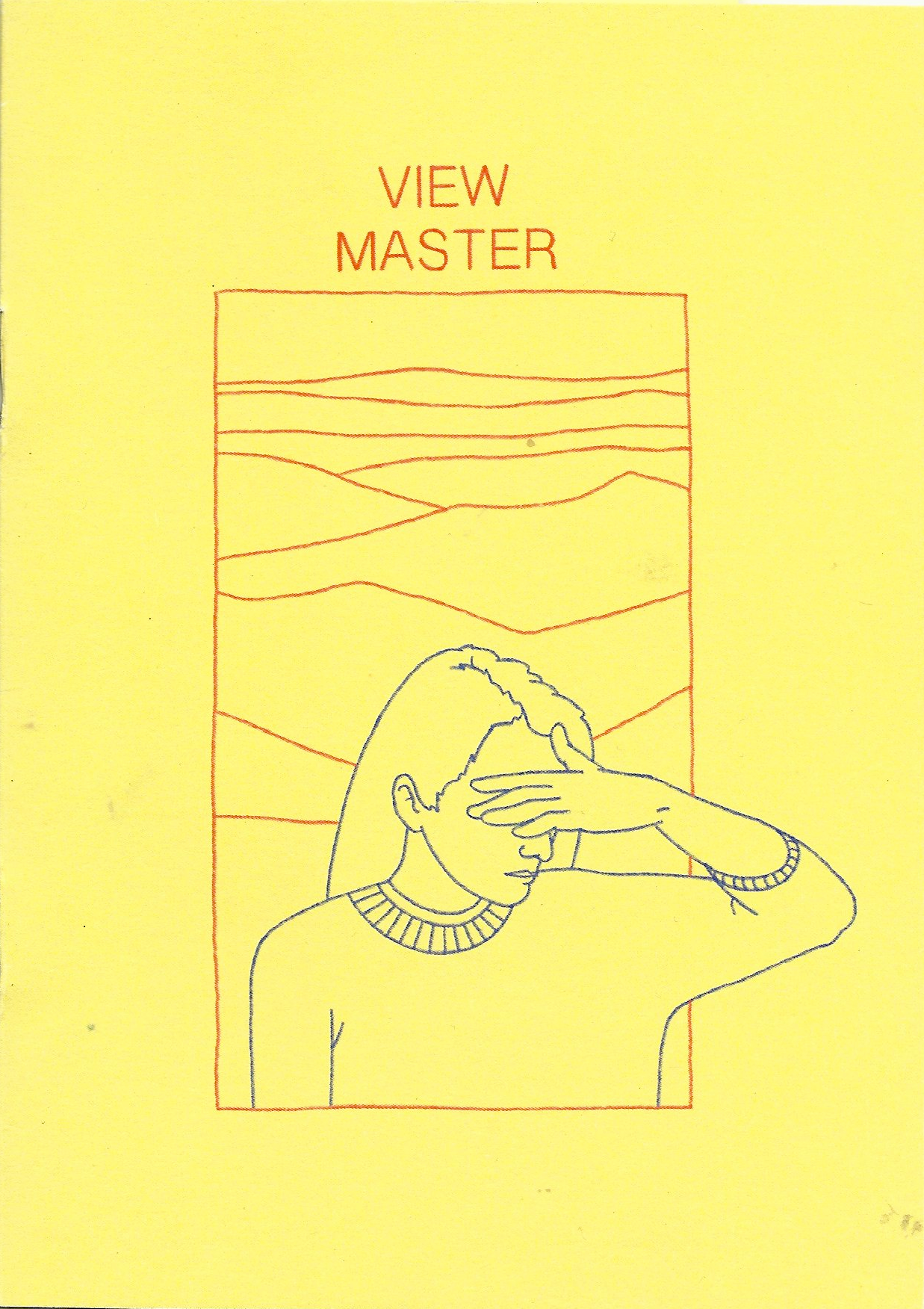 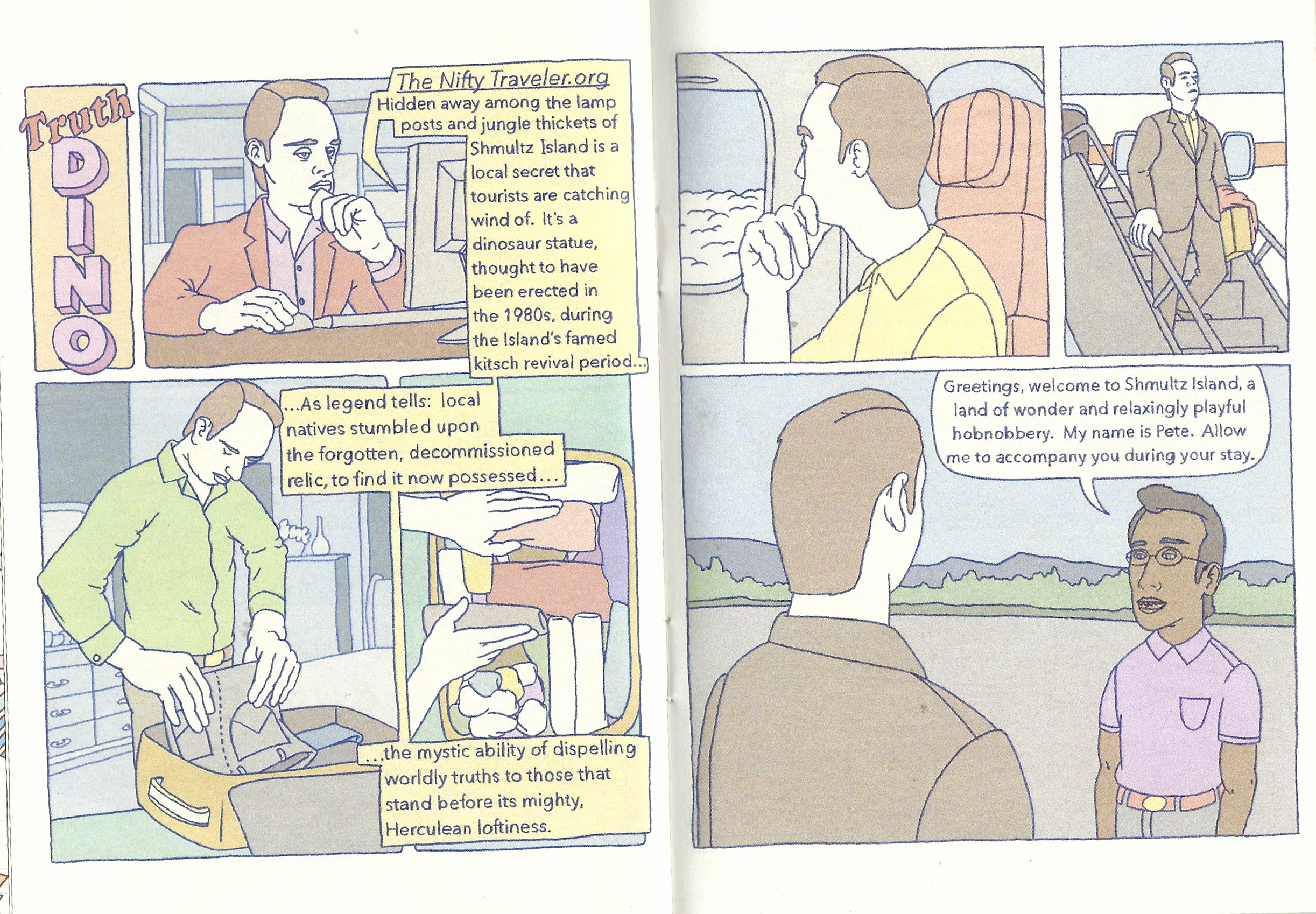 Samuel W. Grant’s View Master is, as they describe it, “24 pages of random, hand-drawn, comic illustrations.”

The comics in View Master are all relatively short, with the longest coming in at eight pages. Grant uses this space effectively though, with the premises and pay- off of the jokes in each comic coming quick, and landing well. My favourite in the zine, “The Mandel Effect,” lasts only a page, and imagines a phenomenon that riffs off of the collective misremembering of the Mandela Effect. In the comic, the specific false memory people share is that Canadian comedian Howie Mandel was funny during the 1980s. It’s a good gag, and Grant’s drawing of a grinning, thumbs up throwing, borderline menacing Mandel drives things home.

Grant’s characters all exhibit proportions that are slightly off — too-short torsos, hands that are too large — which, either intentionally or not, adds a sort of goofy grotesque to some of the comics here, particularly the eight-page “Truth Dino.” The eerily pat style reminds me of Nick Drnaso’s work — inexpressive faces, a strangely accurate depiction of silence, the seeming mass of the characters in the foreground. There’s a weightiness to the figures in View Master. These characters appear to fully inhabit the spaces they’re depicted in — a statuesque pantomime. There’s a lot to like in View Master. The comedic timing and artwork complement each other well. I’d be very interested in something long form from Grant.