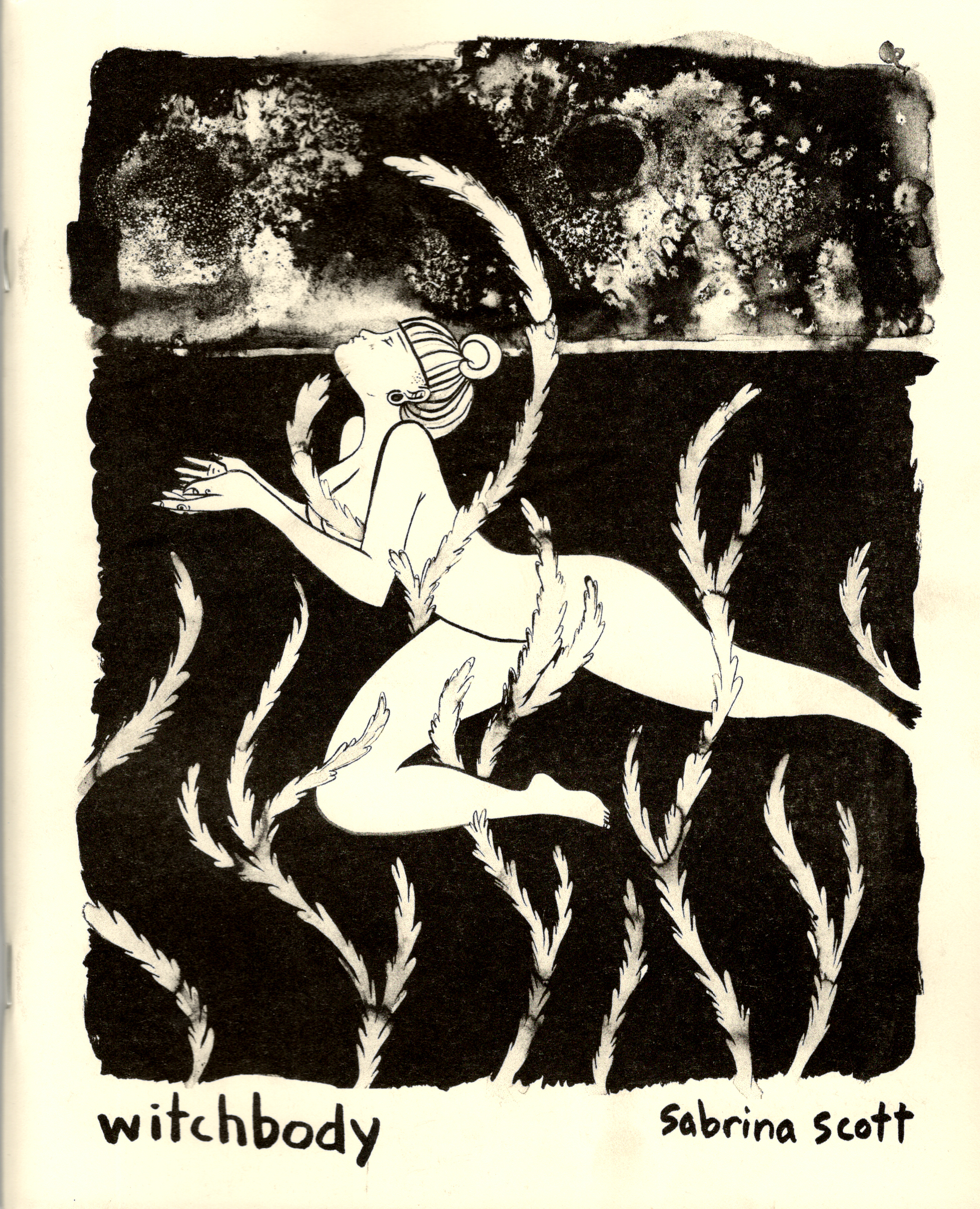 One of the most wonderful things to witness is when a person shares something they care deeply about, in a manner devoid of condescension, imbued with pure love for their subject and a desire to give some of that joy to others. This experience is what you get in witchbody by Sabrina Scott, a beautifully illustrated, heavily researched, thoughtfully-written work of art on western occult magic, the body, and environmental activism.

In witchbody, Scott introduces some of the central ideas of western practices of witchcraft, including the notion of understanding non-human others as having a right to exist, and having their own identities. She ties up these notions with the need to respect and stay in awe of our environment, whether that environment is a forest smelling of decay or a cityscape reeking of trash heaps. Scott shares her deep respect for the objects in her environment, and for the creatures and people who occupy the world around her. She affirms that “others are worth fighting for, advocating for, caring for–regardless of how knowable or unknowable they are.” The book celebrates the alienation we experience at inhabiting our own bodies and never fully knowing the experiences of others, insisting that this separation is a site where we can build respect and humility toward our fellow beings.

witchbody is a manifesto for a modern witch, but far beyond that, it is a guidebook for anyone who feels disconnected from their surroundings, and seeks to feel grounded among their fellow humans, non-humans, and world. (Nicole Partyka)