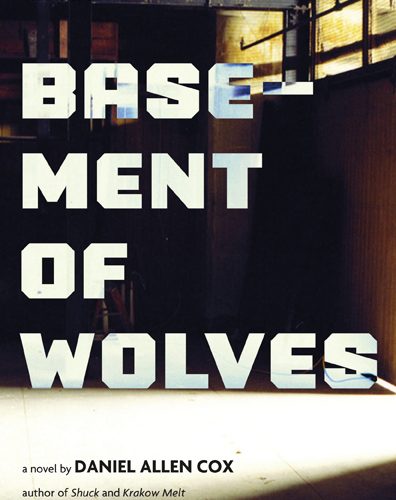 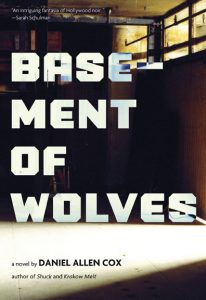 April marks the launch Daniel Allen Cox’s third novel Basement of Wolves. In the wake of his sophomore release Krakow Melt – a homage to pyromaniacs in Poland – Basement focuses on a 40-year-old actor and his crisis in becoming unmarketable and middle-aged.  As a Red Hot Chili Peppers band member is described to us only as “Nice White Teeth,” and a Batman film star as “Supreme Asshole,” so Cox begins his critique on fame. And when the weight of a prop gun begins to feel completely authentic, it starts the exposition of the violence we’ve buried inside.

In anticipation of his participation in Saturday’s Wolf Maiden Book Tour (taking place at Supermarket with Tamara Faith Berger and Derek Lowes), Cox spoke to Broken Pencil about the writing project.

As someone living in Montreal, what lured you to LA as the setting of your story?

Over the years I’ve noticed I set books in cities I’ve visited and that I miss. Basement of Wolves might be my third book in an unofficial trilogy about cities. I guess it’s a way for me to travel back there, a public display of affection. I still can’t stop thinking about the hotel where my TV wouldn’t turn off. Couldn’t even unplug it, because it was wired straight into the wall. It’s also the only city where I’ve failed a Scientology E-meter test. I am drawn to weird electrical energy. 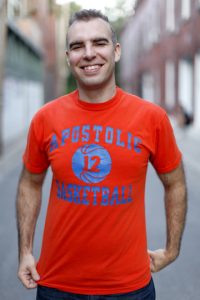 My characters want good working conditions, no matter what they do. Knowing this much about them, it’s easier to get into their heads.

What sort of writing or writers have been inspiring you?

Lately, the writer Art Garfunkel has been inspiring me, but not for his music. I found out he has this thing with walking long distances. He has spent years walking across Japan and the United States, parts of Europe. I am thrilled that there is no footage of this online, that this quest for peace and solitude has remained relatively private. Makes me think about the importance of creative regeneration.

I’m working on some screenwriting projects, and looking to do more. These next few years I’ll be doing a lot of collaborating, and I’m excited about it.