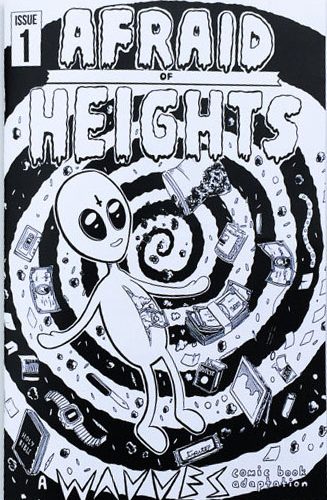 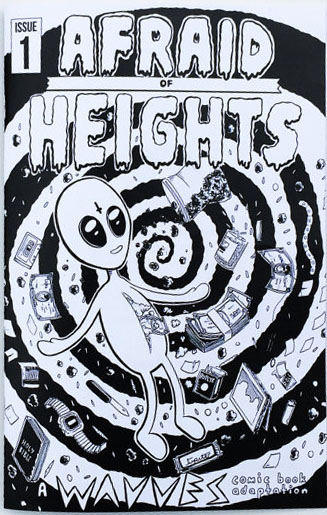 Afraid of Heights is a comic adaptation of Wavves’ album of the same name. Issue #1 pairs with the track, “Sail to the Sun”. Fanfic set to music — it’s an interesting idea, for sure. I remember hearing Thurston Moore speak in an interview about a similar premise and it stuck with me over the years. So I was excited to dive into this one. But it took me a few tries to get it right.
Besides the introductory disclaimer: “Sync up the song to the 0:50 mark on your platform of choice and hit play as you turn the page,” the pacing is left pretty much to your own discretion and interpretation of the song. It’s a bit of a sensory overload at first, so patience is warranted. The story begins July 24th, 1987 in Santa Monica and contains all the marks of a classic angst-ridden tale: disenchanted youth, drugs, generational disdain, vague religious sentiment and senseless violence. Oh, and some extraterrestrial reference for whimsy. A young boy finds a stuffed alien toy filled with drugs under the Santa Monica boardwalk. Some psychedelic experimentation ensues — at least until the mysterious packages’ owners catch up with him.
Visually, the illustrations are top-notch and arranged quite effectively when properly synced with the music. They’re black and white, emphatic and wide-eyed comic book style. Overall, I can’t say this issue of Afraid of Heights lives up to my expectations of the comic’s core premise. However, it does make me want to follow up with the rest of the series. After all, you wouldn’t review an album on just one song, would you? And I’m assuming that same maxim applies for musically referent fanfiction. (Jeff Low)