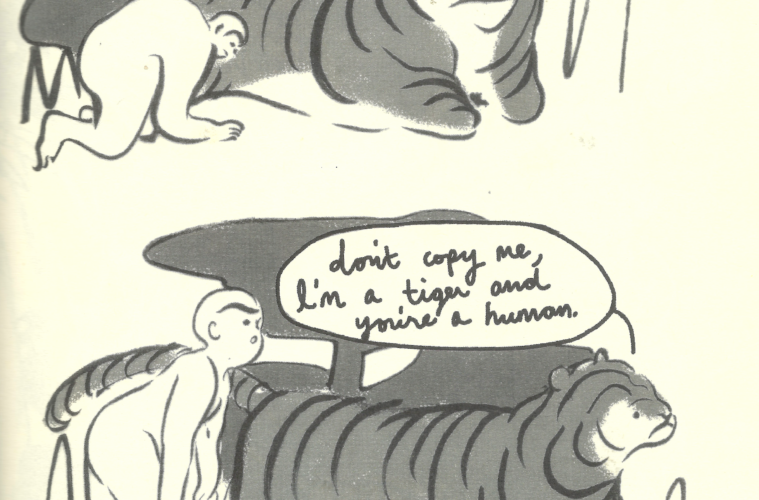 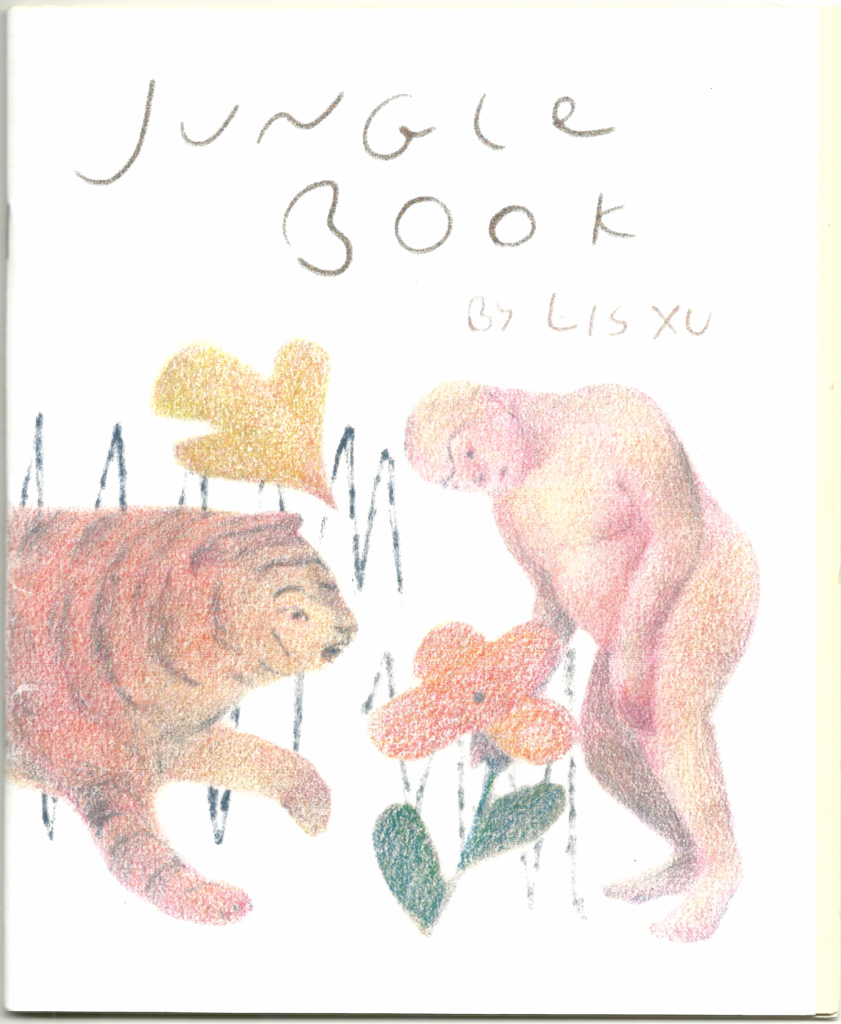 A “story about friends,” from Wavering Line Collective’s Lis Xu, this comic describes the short lived friendship between a tiger and a boy. In exchange for learning from the tiger how to be strong, the boy offers to be

the tiger’s friend. Good deal — the Tiger’s never had a friend before.

As it turns out, the boy sucks. He smashes fauna, makes a mess, and is a general nuisance to the tiger and all the other animals. The birds and monkeys beg the tiger to do something about this jerk.

Rendered in a stark black and white, the tiger is a thick gray rather than orange. It feels as though the tiger and the boy never quite stop moving. The large, playful design of the tiger seems to validate his naivete as he convinces himself to stay friends with the gormless and selfish boy. Contrast this with the pivotal moment in the zine, where the jungle cat energy emerges in a moment of domination and raw strength. Xu adds to these emotional dynamics with wavy, almost calligraphic lines. There’s an ease to things because of this, a playfulness that calms the reader throughout.

Jungle Book ends with a reprint of an early version of the story. The story is much the same, albeit with a few different stops along the way. Unlike the new ver- sion, this one is drawn in coloured pencils and draws out interesting contrasts. The bright orange of the tiger and the cold blue of the boy play off each other. The opportunity to see Xu’s process through comparison is a treat, and both renditions of the fable are rewarding to read, and excellent in both storytelling and visual execution. (Graham Sigurdson)