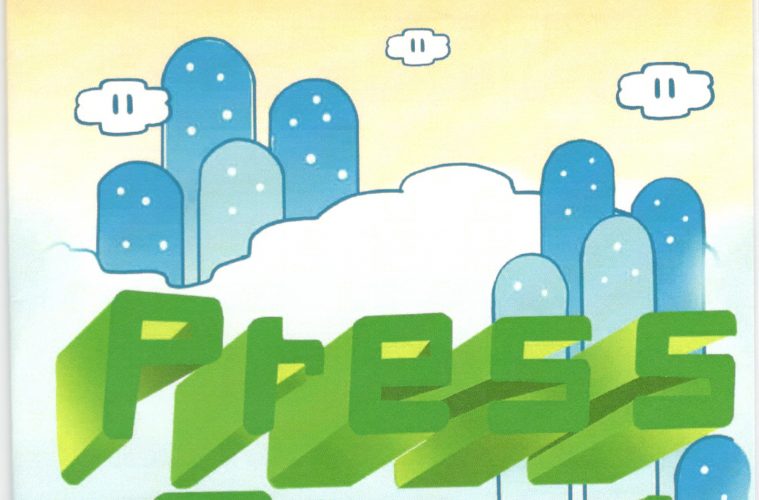 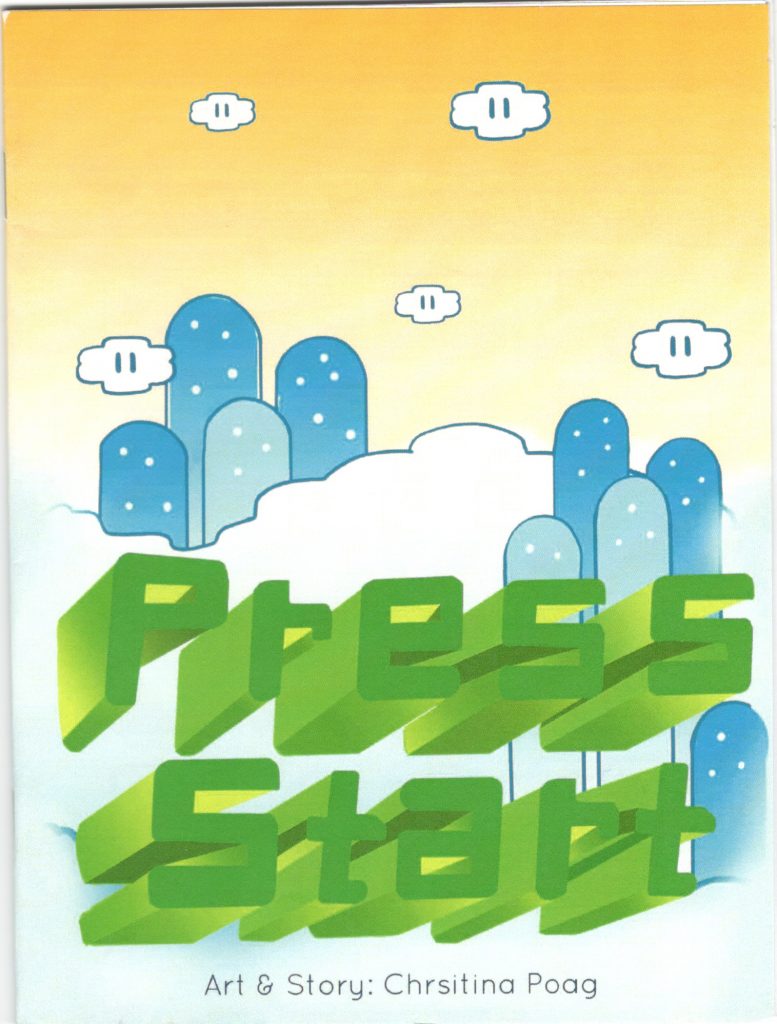 Where were you when you played your first video game? Who were you? What did it feel like? Pursuing these questions, Christina collects her own memories and those of friends detailing their first encounters with video gaming in Press Start. Consisting of two or three sentences each, and illustrated with black and white anime-inspired comics, these 16 nostalgic snapshots will feel familiar to those of us whose first experiences of video game magic were Super Mario Bros or Pokemon. Each individual story is given one or two pages, narrated only by the subject’s own words.

Another common factor across many of these gamers’ stories is this: they cite escape from reality as an aspect of gaming’s appeal. Due to each’s story’s brief length, the details of this phenomenon are often left unexplained. I’d love to see this idea of escapism unpacked. What realities are they escaping from? Why is the game world preferable to the real one? Or does this even need justification? All questions beyond the scope of this review!

While the style of illustration that Christina employs is not my bailiwick, she does a good job of incorporating recognizable elements from the games her friends invoke: the aforementioned Super Mario and Pokemon, but also Street Fighter and Final Fantasy. But comic drawing methods aside, I appreciate her work here on a personal level as someone who spends an inordinate amount of time thinking about how I have spent my time (which includes many hours of video gaming)
. Was it worth it? I can’t really say for certain, but here are 16 people who have been touched by gaming in some kind of formative, positive way and are willing to testify to the fact. Thus I recommend this to anyone similarly inclined. (Joshua Barton)