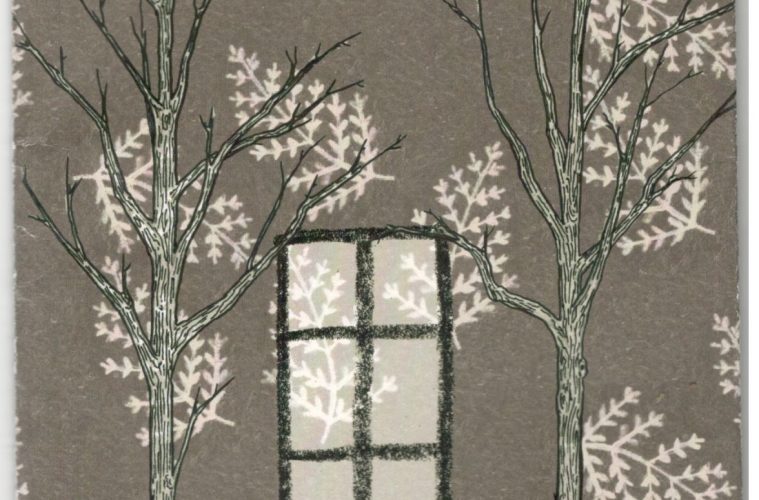 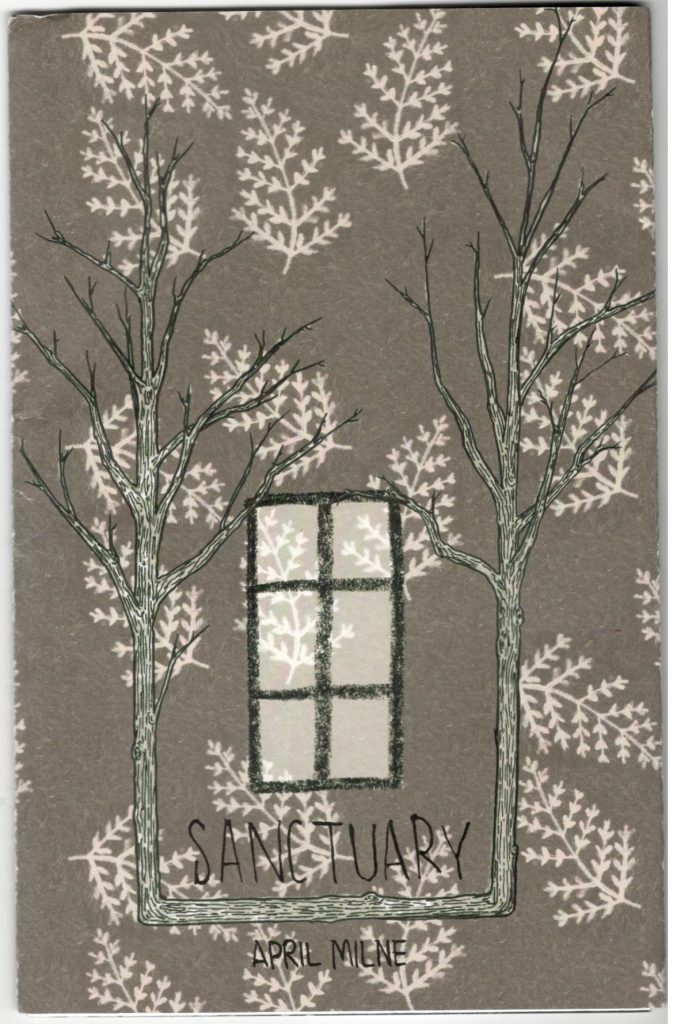 Here, Milne has compiled a narrative poem told in the third person, following two ethereal nameless runaways whose lives cross paths in the plot’s final moments. The narrative is told in short bursts—usually one or two lines per page—and might be considered an afterthought when compared to Milne’s obviously-prioritized artwork. Each two-page spread presents its own original piece—usually a mixed bag of sketchwork, charcoal scrubs, and watercolour accents. Printed in black and white, Milne’s work retains a perkiness throughout its backwoods, its stacked houses, its inverted skies—a style distinctly its own. This allows the narration, punctuated by lines like “She had no nest. / He had no den” and “He took her hand in his” to contextualize and prompt the artwork, instead of cracking beneath the pressure of standalone readerly expectations. Milne’s work is worth checking out, and Sanctuary—a modest little folio wrapped in a crisp little dust-jacket—is worth your money. (Joel W. Vaughan)