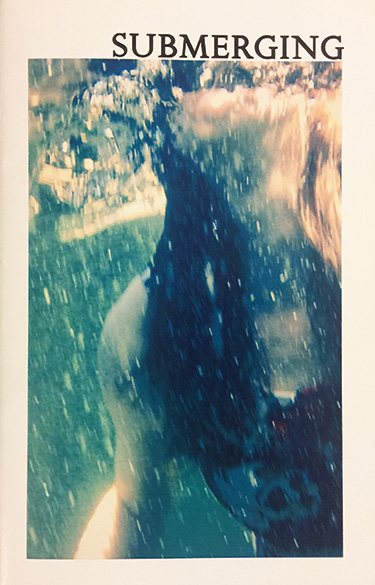 When I’ve raised the topic of physical illness and mental health with friends, reactions have ranged from general discomfort to assurances of future well-being. Often, I end up feeling misunderstood. PSA’s have long said, “There’s no wrong way to talk to your [insert loved one/s] about [insert difficult topic],” but my lack of clarity begs to differ.

The second issue of Submerging is made up of personal essays that lack clarity. They’re up-close snapshots of the fragility of body and mind. So up-close, in fact, that the essayists don’t immediately zoom out to situate you in explanations of the conditions discussed. Rather, you’re left to wade through the experience of how each condition feels. This is the collection’s strength: it submerges you.

Those explanations, clinical or otherwise, don’t come until the midway point of many of the essays. In “January 21, 2017,” after a diatribe on Trump and missing the Women’s March, Matt Lang draws parallels between his ADD, James Baldwin and America. In “Memento,” Brian Cogen describes his partner’s ectopic pregnancy in the midst of long passages on the neurochemical nature of memory. By that point, these essays have already begged a second reading: a chance to pause and examine the seemingly arbitrary links between personal illness and larger issues.

The most rewarding of these is Brendan Kiernan’s “Loose Ends.” Each paragraph ends on an ellipsis. It’s dislocating to read unfinished sentences but, in this case, form matches content: he’s describing his heart attack at age 35. Here, Kiernan is saying something larger about the threat of an unfinished life.

By disregarding grammatical and even structural conventions, Submerging’s essays are all told in “the wrong way,” which goes a long way in explaining why they’re so effective in drawing you into topics so easily misunderstood. (I. Rattan)