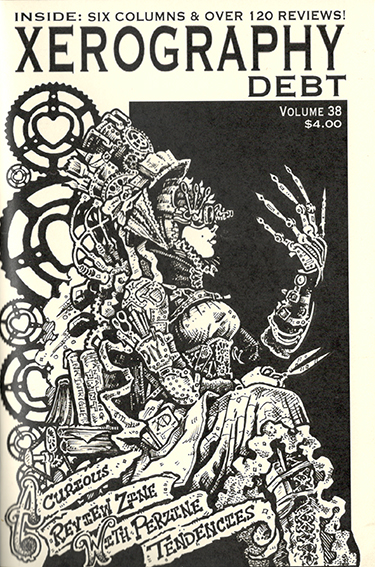 Well, things don’t look too good when the zine’s editor uses a racial slur as a middle name, and they’ve featured a column by known abuser and Microcosm publishing co-founder Joe Biel. And it only gets worse. Just to get this out of the way: Joe’s column is a pathetic attempt to rescue the legacy of Microcosm on its 20th anniversary. Said legacy is tarnished by his well-documented abuse, which anyone can find more information about by spending a few minutes searching online. His strategy here: claim he’s misunderstood based on his own inability to understand emotions because of his Asperger’s! Not content to throw all decent people living with Asperger’s under the bus to deflect the impact and responsibility for his own actions, he has a few other tricks up his sleeve. Apparently you are “several times more likely to find a transgender protagonist than you are to read or see an Apsie (short term for person with Asperger’s) portrayed in film or literature”. And it’s not even satire!

I barely understand the point of going any deeper into this zine: if you want to read reviews by people who abide by this kind of bullcrap, be my guest. Instead, how about you spend some time reading about Joe’s abuse and think a little about what kind of a cultural milieu encourages it. (Stéphane Doucet)