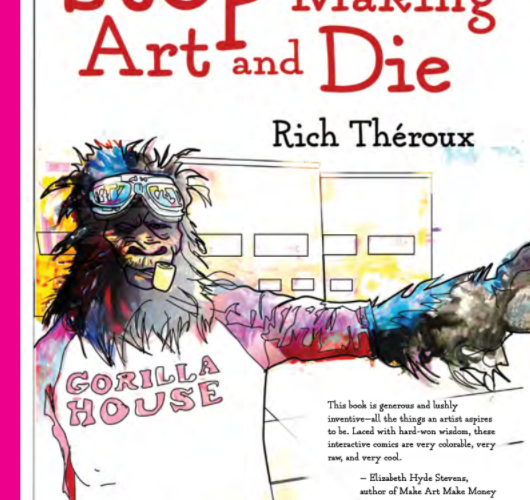 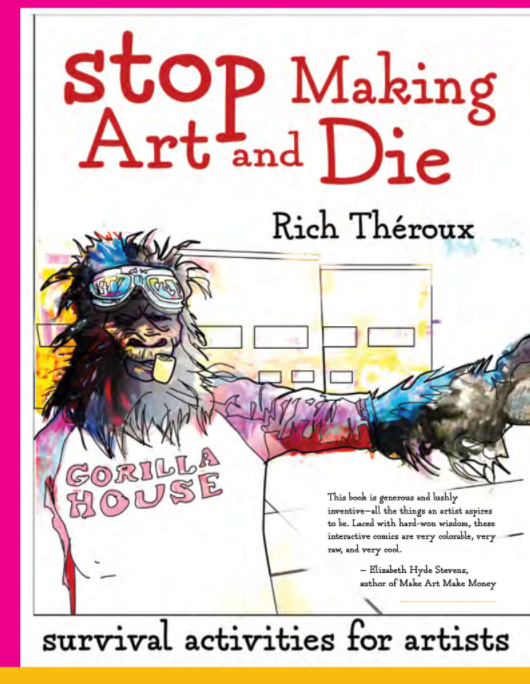 A few years ago, Calgary-based artist Rich Theroux was stagnating. Though he had a successful day job as an art teacher at a high school, he hadn’t made art of his own for nearly a decade. After a period of frantic self-searching and brainstorming, he decided to open up a collaborate community art space –a place where artists and art-lovers of all skill levels could hang out, create, learn and sell their work. His new book Stop Making Art and Die tracks the long and difficult process building the space, originally named Gorilla House Live ART upon its launch in 2012 and now known in its newest incarnation as Rumble House Arts Society. (Rumble House is perhaps best known for its popular Wednesday night gatherings where artists spin a wheel and receive a random idea, with works auctioned off to the public at the end of the night. Theroux and co. never miss a Wednesday, even on Christmas Eve).

But this isn’t just a cut and dry biography: Stop Making Art and Die also serves as an instructional activity/colouring book on how to re-engage with art and creativity and kick-start the necessary soul-seeking and action required to live a fully creative life. It contains everything from guides on writing a solid artist’s statement to art-making instructionals on designing vectors and shading, to more simplistic writing and art prompts: “Write a poem, kill it and re-animate it,” reads one page, while another encourages the reader to draw five things missing from their life. Each prompt coincides with a point in Theroux’s narrative; it’s as if we are literally living inside his brain during this daunting and exhilarating process. 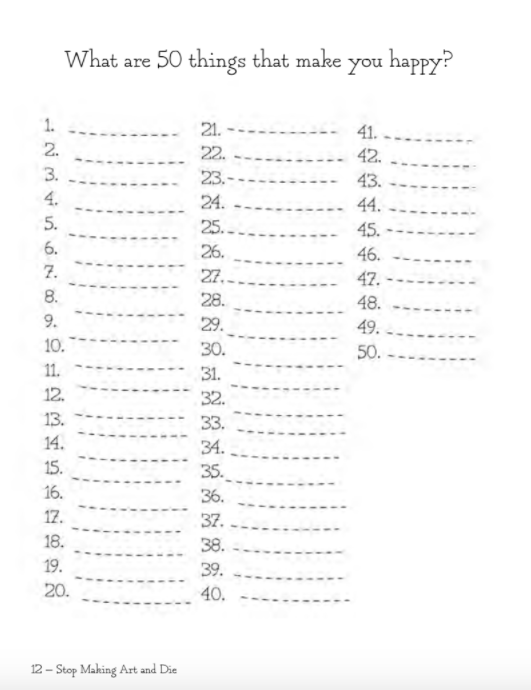 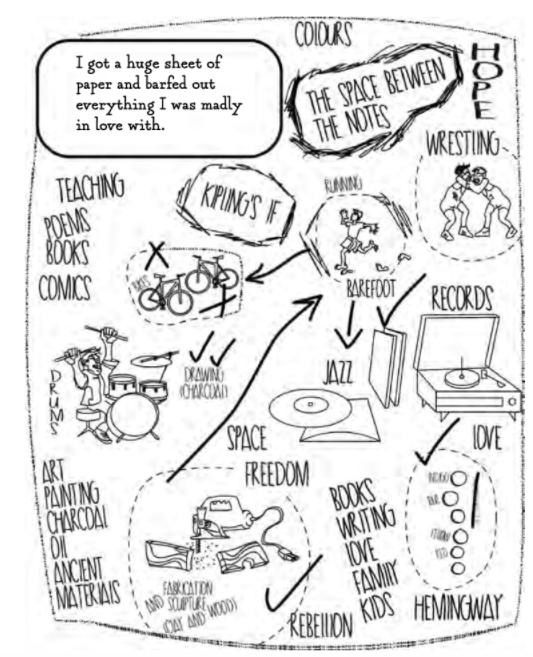 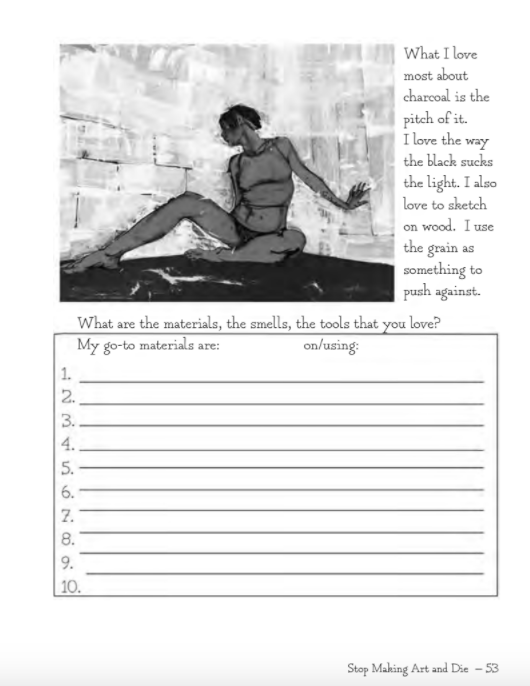 “We tell stories and this (format) was a great way to lock down the story,” Theroux says. And it is a great story –full of inspiration and error, triumph and tragedy. Theroux is open about the financial struggles and hours of labour the space required, and the outcomes that come from this type of risk; he lost his house, and his first marriage dissolved. He tells the story of the 2013 Calgary floods and bringing coffee in bike baskets to relief workers, and to the crushing disappointment of learning his landlord has sold the building. (Spoiler alert: Happily, they found a new space). One particularly poignant chapter recalls the death of 7-year-old Gorilla House regular Ryan, and how the community wrestled with continuing to run the space until his grieving mother returned and insisted they keep going. Later, Theroux and a group of friends from the space move to Venice Beach for a stint to trade paintings for good deeds. Above all, the book serves as an invigorating reminder of how we should view art-making in 2016: it’s not a hobby – it’s an imperative, essential for our health and the health of our communities.

“There were many cute and beautiful and lovely and sad stories that we wanted to tell,” Theroux says. “In many cases there was the temptation to put our friends in the book. The passage of time was always make or break, live or die. So it was easy to pick out the parts of the narrative that were life and death.”

You can buy the book at uproute.ca. (Alison Lang)