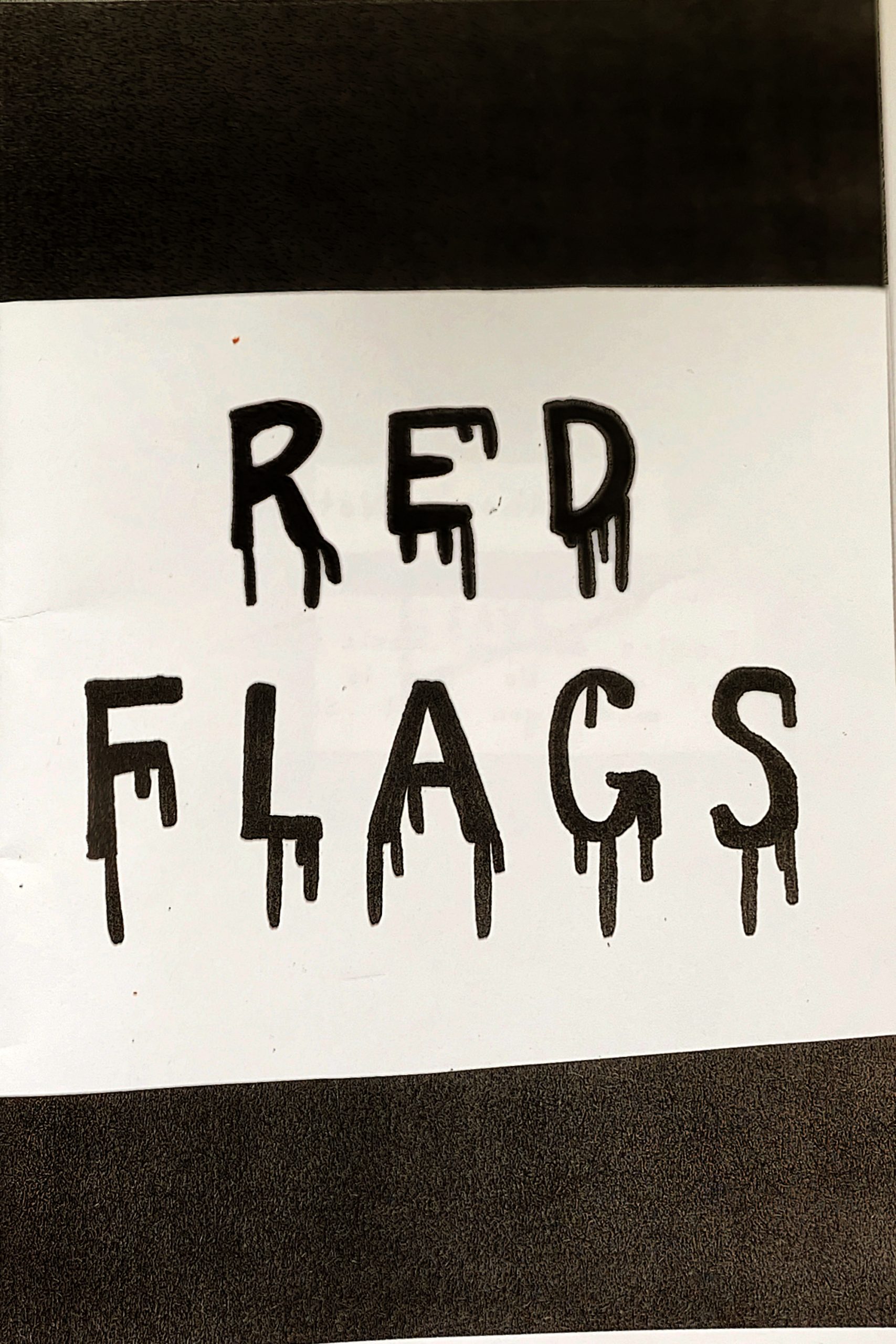 The ability to perceive red flags — those early signs that foretell future conflict or nasty attitudes hidden below the surface — is usually hardwon from personal experience, but there’s no reason we can’t compare notes. In Red Flags, zinester Rachel White identifies several such flags, using sparse text and simple illustrations to elaborate on toxic behaviour that is “obvious in hindsight.” Some of the examples are recognizable red flags, such as when a dude refers to “all” of their exes as “crazy.” Other examples reveal White’s more nuanced understanding of this subject, such as a partner who tells you your music “fucking sucks,” a less direct example of controlling, negging behaviour, which resonated with me deeply. 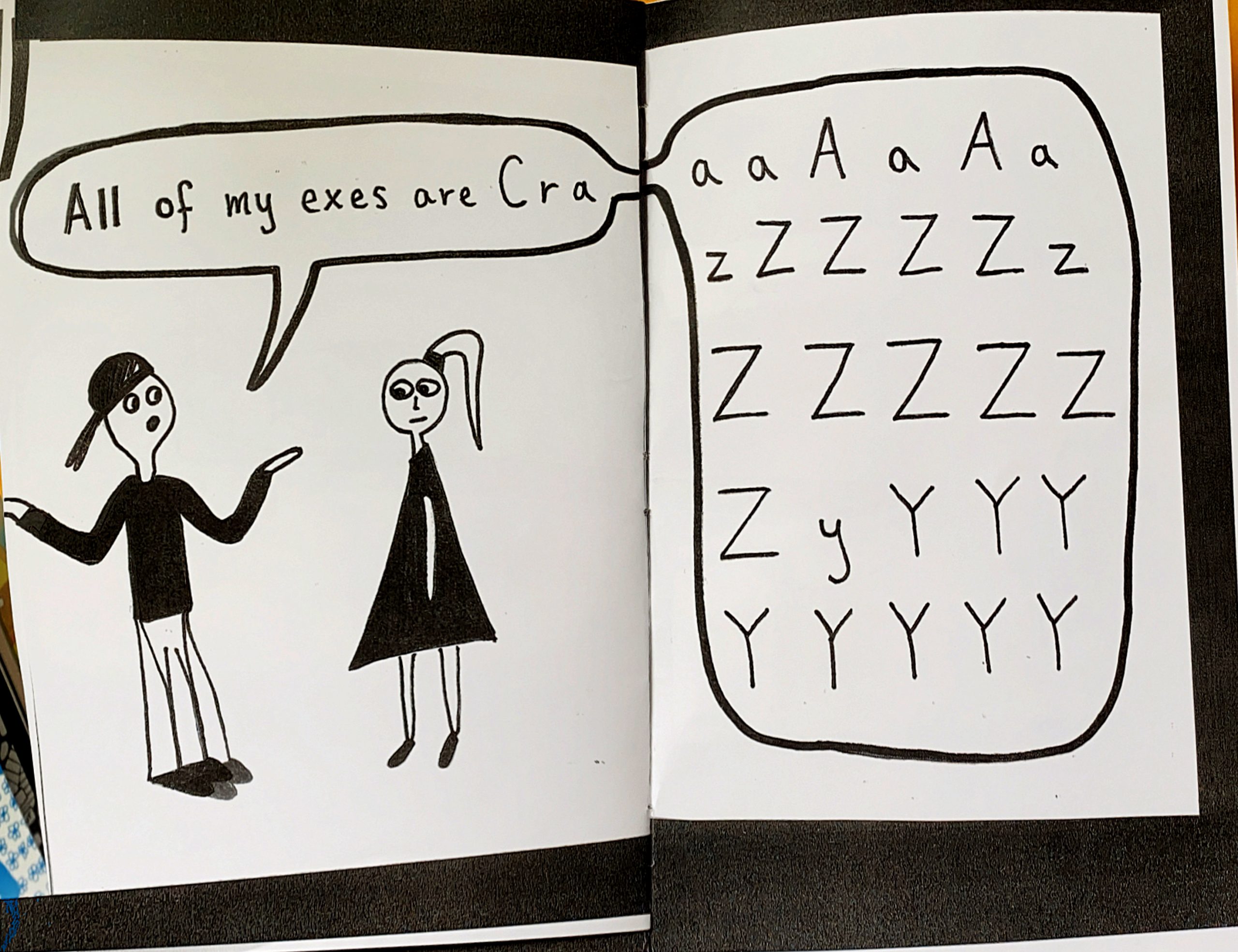 White’s approach to this difficult topic is very effective. With the same ethos of sharing information and providing support as an essay zine addressing a similar topic, there is more being said here than what has been put to page. A good example of White’s approach is at the zine’s centerfold, which shows a person using a leash to restrain someone who is growling at a small group of people. The text above reads: “sorry about him. He just gets nervous of new people”. This is a very clever way to illustrate the difficulty people in toxic relationships sometimes experience when introducing their significant other to new people, and having to manage their other relationships when his bad behaviour demands an explanation.

Red Flags is printed in black and white, with the text and images placed collage-style on a black background. The illustrations and text are cut out roughly, with word balloons occasionally detached from the speaker. An enjoyable read with an important message.