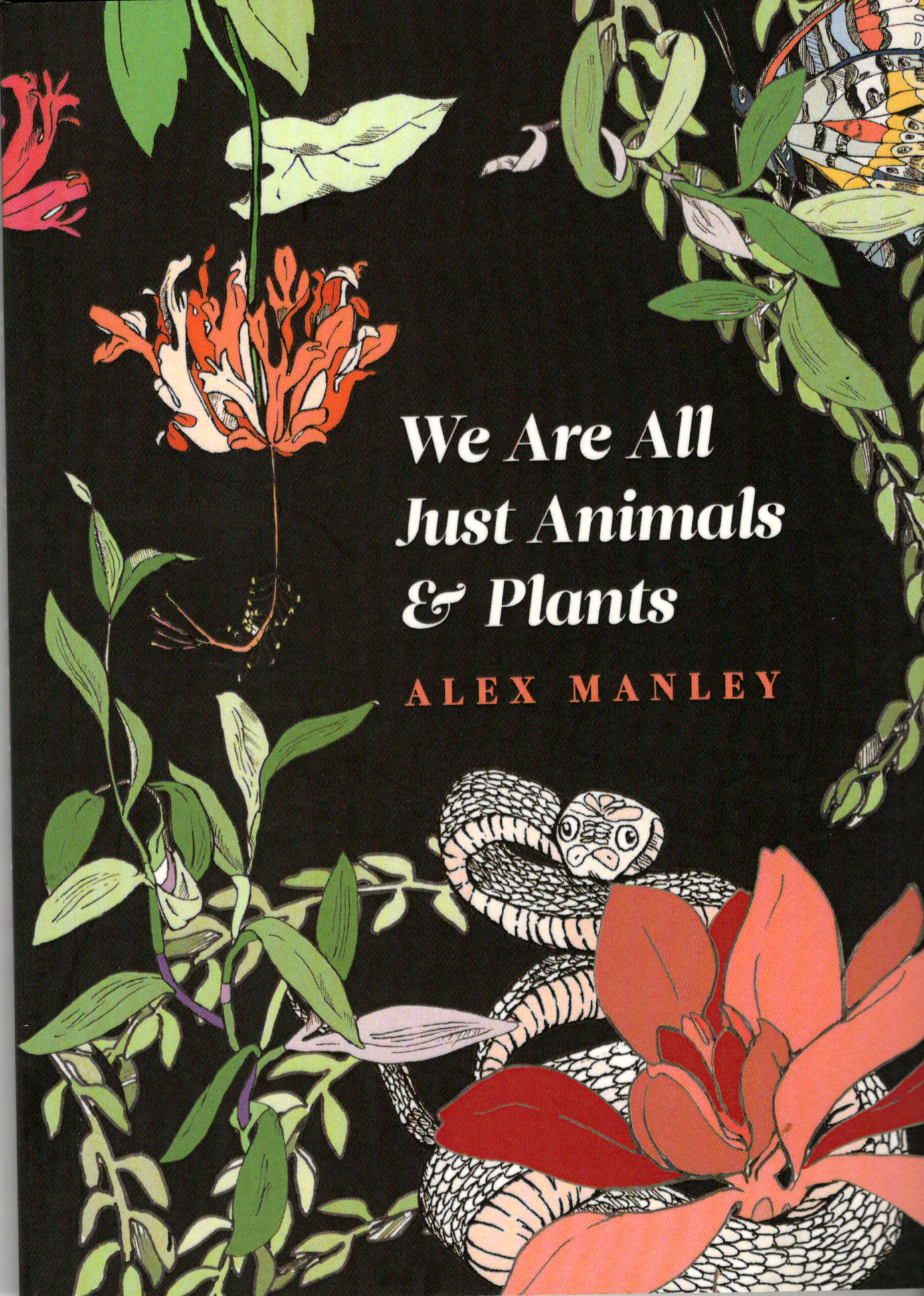 This debut collection of poems adds to Metatron’s growing list of well-designed little chapbooks, but does not command the same level of recommendation as did ones from the recent past. Alex Manley’s verse is personal, personable, and light-hearted when it needs to be, but often dwells in self-contemplation. Put simply, We Are All Just Animals & Plants too often gets stuck in a mud of its own making.

The book is short enough to be read in a single sitting, and divided into three parts: “A—Animals,” “&—Assorted Paraphernalia,” and “P—Plants,” with little to no discernable structural or thematic differences between them. The speaker—a Montreal youth—laments his “Schrödinger’s Cat relationship” with a girl who plainly isn’t as interested in him as he is in her.

The premise is well-trodden, but for good reason: Manley’s speaker’s position is sympathetic and evocative, and allows him some touching scenes, one such being the central poem “Camera.” Taking place in a darkened greenhouse, the protagonist and his belle “sit down at the wrought-iron table and | make hearts with [their] hands. … Passing some purple | flowers, [she] wonder[s] aloud whether they might be | carnivorous. On our way out [he] see[s] something—a | raccoon, a little shadow scurrying from the room, | then it’s gone.” Spaced and margined, the moment is simple and unobstructive—Manley at his best. But too much of Animals and Plants’s emotion is thrown into the now-lost retrospect. Too often does this speaker “come into work a little bit | later every day, [his] beard a little longer … Facebook stalk [his] old therapist | in the jungle of [his] browser tabs, and think | disinterestedly about [his] mental health”. The tone is unbecoming when peppered between beautiful moments, and the book becomes a slog when it subsumes them. (Joel W. Vaughan)