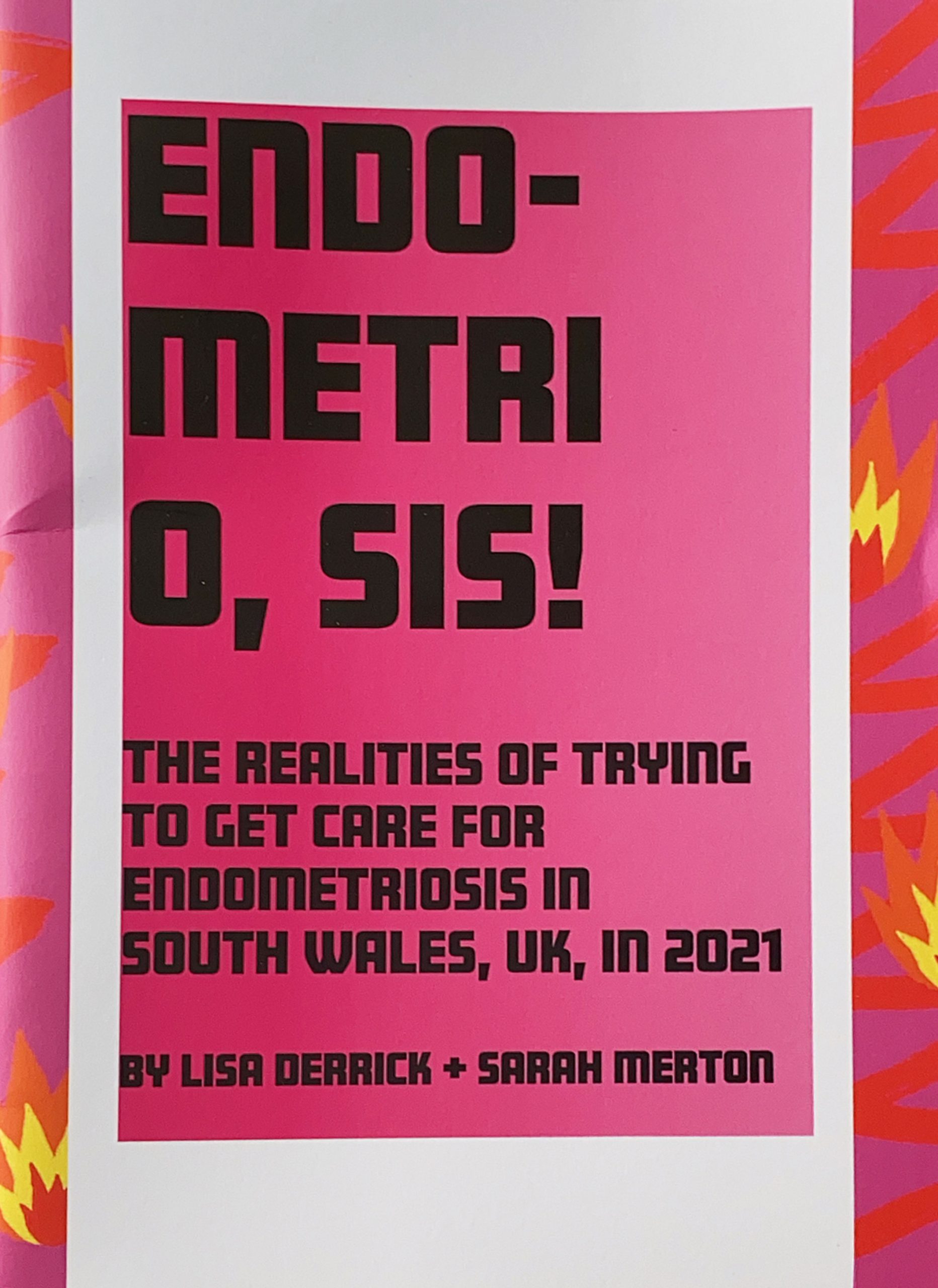 From the very beginnings of modern medical science, gynecology has been neglected and misunderstood. Theorizations of “wandering wombs” in women are as old as memory, first described as “hysteria” by the Ancient Greek physician Hippocrates’ in texts from fifth century BC. This dismissive misogyny continued to explicitly misinform medical practice until as late as the 1950s. Today, sexist misconceptions regarding gynecological health remain distressingly common, even among health professionals. While Lisa Derrick’s perzine Endometri, O Sis! reflects specifically on her experience in the UK, many folks around the world are sure to recognize the dismissal and gaslighting Derrick experiences and to appreciate the empathy she shares for other endo sufferers.

Early in Derrick’s medical story, several pages repeat the same image of a doctor repeating the phrase “You don’t have endometriosis” over and over, followed by pages of quotes repeating variations of “We probably won’t find anything, but we’ll take a look.” Finally the doctors admit that Derrick does, indeed, suffer from endometriosis as she suspects. But there is no follow-up, despite the fact that endo is a chronic illness that requires continued monitoring, and access to treatment proves endlessly complicated.

The design of the zine is blocky and harsh, sometimes to its detriment; the text can feel more hostile than Derrick probably intends, and the font is somewhat hard to read. It’s strongest points are the structured ones — the use of lists to itemize Derrick’s thoughts and feelings, for example, or the anecdote about being contacted by an National Health Service-based organization to “tell her story” (within certain parameters.) An additional essay from Sarah Merton, opens up the conversation to include other voices.

“This is a protest zine,” Derrick states at the end of the text, “created in the hope of change.” One hopes that works like these can not only shed light on the experience of people suffering from uterine illnesses, but also help them demand empathy and care from systems that too often lack it. May it also reach others who suffer to let them know they are not alone. Derrick invites other folks to share their real endo stories here: realendostories.wordpress.com/real-stories/